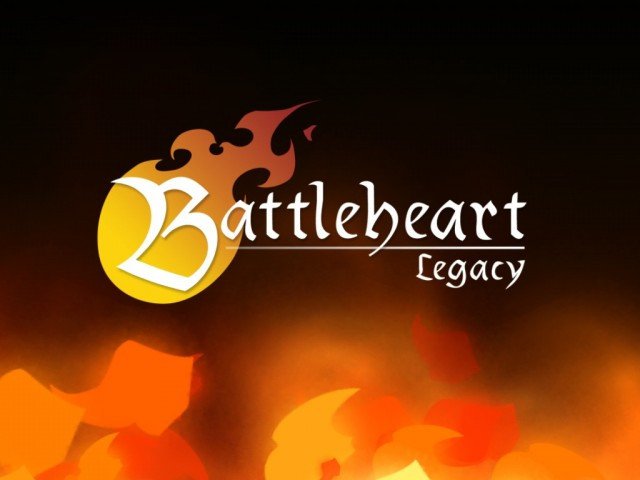 Is Battleheart Legacy Worth Your Time?

Batleheart Legacy  is a universal app for iOS 4.3 or later. Honestly, with everything that goes on here I cannot fathom playing and enjoying this on anything smaller than an iPad. 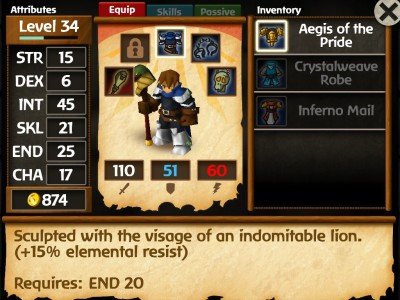 Battleheart Legacy is an amazing game that took me over 31 hours to beat and yet it oddly feels like I’m only halfway done with the game. As weird as that sounds, it shows that MikaMobile did an amazing job creating this engrossing world. Gameplay hearkens back to the original Battleheart, but feels like an evolution not a sloppy sequel.  Instead of having a party of unique heroes at your command, you are just an army of one. You are able to learn any skills you want and master as much as possible or you can just follow a single path and try to master the game with that play style.  Best of all Battleheart Legacy has great replay value thanks to the New Game+ ability. After you beat the game the first time (Not an easy task) you can start up a new game carrying over all of the abilities you earned from the previous play through to help you along. Of course you are free to choose a totally different play style to keep things fresh. With 12 classes to choose from and the ability to make your character the way you want, Battleheart Legacy has enough replay to easily warrant the five dollar asking price.

Best of all MikaMobile, the developer who brought us Battleheart Legacy is listening to their fans and addressing player found bugs with quick responses on twitter.  It’s wonderful that a developer is actually happy that players find quirky bugs so that they can be fixed ASAP.  Once again with a team behind Battleheart Legacy that cares so much about its product and its fans I have no problem at all recommending  this game.

I’m kinda sad they replaced the original super adorable art, but thankfully the new game engine and art style look amazing. Now everyone sort of looks like 3D Legos.  Battleheart Legacy looks amazing.  I can easily see this a Xbox 360 game and I really hope it gets ported soon. 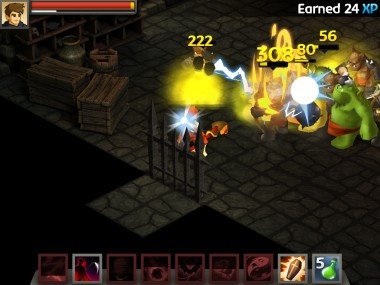 The controls are, for the most part, spot on. Attacks don’t feel as instantaneous as they did with the original Battleheart. In Battleheart Legacy the game doesn’t pause for the player’s attack animations. This leaves you very vulnerable to attacks, making every move you make something you really need to think about in those fractions of a second. It’s very intense.

The sound design is another huge plus for me. While the music does run a bit low for my tastes, it’s still good.  It’s also good that you aren’t distracted by the music because sound really matters here. Different enemies have different sounds.  Hearing a new enemy spawn off screen can help you plan your next attack, or tell you to move ASAP.

A huge surprise here is the written dialogue.  It’s witty, smart, snarky, dark and light hearted all at the same time!  You want to be a jerk? Go right ahead!  You want to be a hero and yet still sound realistic in the face of absurd situations? It’s finally doable.  The writing in this game honestly puts to shame every other roleplaying game I have ever played.  Ever. Gone are the stupid tropes of Final Fantasy. Gone is a world that just takes itself too seriously.  The best part is the characters that you do interact with feel more true to themselves here than they ever have been.  Wizards don’t want you dabbling in the darker arts.  The people who practice the dark arts aren’t good people. 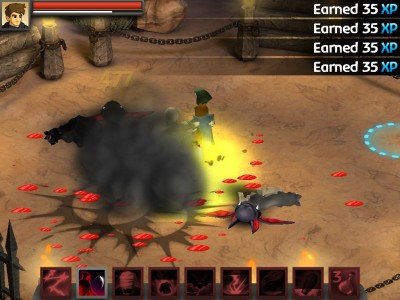 Battleheart Legacy honestly reminds me of Dark Souls.  You are given a very basic introduction and then let loose upon the world with the ability to play any way you see feet and have to deal with the consequences.  Trying to max every class early on will leave you weak and vulnerable later on in the game unless you grind like crazy. Choosing not to help certain characters or kill others will limit your questing ability later on.  Approaching fights hoping to just get through by button mashing will result in you dying.  A lot.

Battleheart Legacy is tough. At times, it can feel outright cheap, but it is beatable. Sometimes you need to adjust your play style, maybe go melee for a certain fight or change your normal approach to deal with the new mechanics of a boss fight. Other times, it can be just raising the volume of the game. 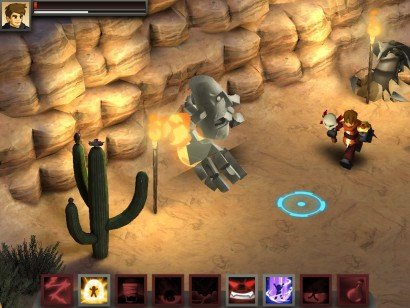 Boss fights will keep you on your toes.

The very last boss of the game can be maddeningly cheap. It will just teleport at almost random times and catch you mid-attack animation with an unblock able attack that you cannot move away from. I realized after my 30th or so death that there is a sound that plays most of the time right before it does this. Knowing this I was able to start lasting longer. Then I discovered that being in the center of the adds was a bad thing with that boss and started fighting from a distance.  A half hour later I beat the game.  I felt the rush of achievement only possible by earning it.  Really earning it. After going over what just happened I knew I had it.  I went back, and tried several more times and was able to beat it 3 out of five times. It felt darn good. I felt like I just really accomplished something in this game.

Battleheart Legacy has me wanting to go back for more. How can I beat the game as a rogue now?  It seems impossible to honestly. There are so many fights that I just barely beat with my Witch/Wizard/Necromancer build just by keeping my distance and avoiding the mobs of adds. How can I possible survive all those fights, the bosses and the Collosueam being in the thick of it all?  Honestly I have no Idea, but I absolutely cannot wait to try.

The final boss tends to be cheap.  Even knowing how to beat him there will be times when he will just teleport in and getcha.

Battleheart Legacy just sort of finishes, but doesn’t feel finished. You’re given an ending that seems incomplete. Even worse is what happens afterward.  You feel like more is going to happen, and it doesn’t.  Also several plot threads just seem to go nowhere. I feel like there has to be more content coming down the pipeline. The original Battleheart did add more characters later on, hopeful Battleheart Legacy gives us some more content and the resolution of some plot threads (Anyone else waiting on paperwork?)

Also I seemed to have locked myself out of the Ninja Class on my main hero. The chance to get the class happens so quickly I just choose to follow the Kingdom Guard, seemingly cutting me off forever from getting to learn that class.  Also there seems to be some sort of beef going on between the Ninjas and the guards, but it’s never mentioned in the rest of the game. Why start plot points if you aren’t going to finish them. I really hope more content comes and fleshes everything out.

Weapons and armor progression just seems to stop dead in its tracks around level 20. Making your extra gold become sort of useless. I really miss being able to upgrade my gear in the armory like the original game, and or having more quests to unlock better gear available.  I hear there is legendary gear to be had after you beat 100 levels of the colosseum, but that’s something I was only able to do AFTER I had already beat the game. I don’t see the point of having the best weapons available AFTER you really don’t need them anymore.

As long as the no like section is I still love Battleheart Legacy.  I have went back and beat the game several more times with my main and continue to rise higher in the colosseum.  After I unlock all of the class talents and hit max level I plan on playing a new character using a totally different play style.

As huge as Battleheart Legacy is, it still feel small in some parts. Questing, gear and some plot lines don’t feel fully fleshed out. While that bothers me a bit, I really don’t mind that much in the end. Battleheart Legacy is just too damned fun. Going back to try new ways to beat the bosses, or trying to get further and further in the colosseum are endlessly entertaining for me. I still think the game can use a content update. As is, it just feels unfinished. Still worth my $5 bucks, but sadly unfinished.