The Legend of Dark Witch Review 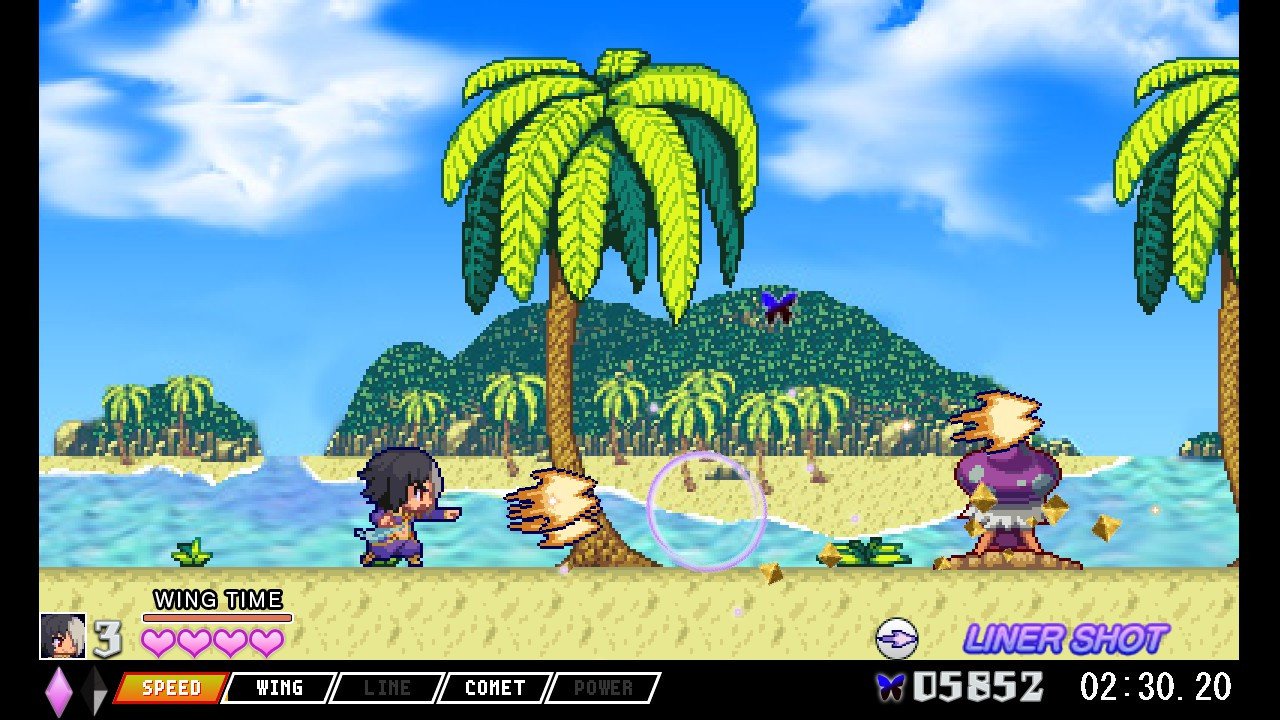 IS The Legend of Dark Witch WORTH YOUR TIME?

WHAT SHOULD YOU PLAY IT ON?

I played it on Steam but this is also available for the 3DS.

HOW IT PLAYS AND WHY IT FAILS:

This is one of those games that you will either enjoy or hate. I found myself in the latter camp. Legend of Dark Witch is a mix between the original Ninja Gaiden, MegaMan and Gradius. I mean this with all the good and bad.

I wanted to love this game. But mandatory level memorization and cheap attacks sapped all the fun out of this for me.

The Legend of Dark Witch is a 3DS port that landed on Steam and has garnered very favorable reviews I decided to give it a shot. The game is a 2D platformer/shooter that has you trying to take down several bosses to learn the truth about some convoluted plot that really dosen’t matter. The game has several difficulties and a timer for each level to encourage speed-running. 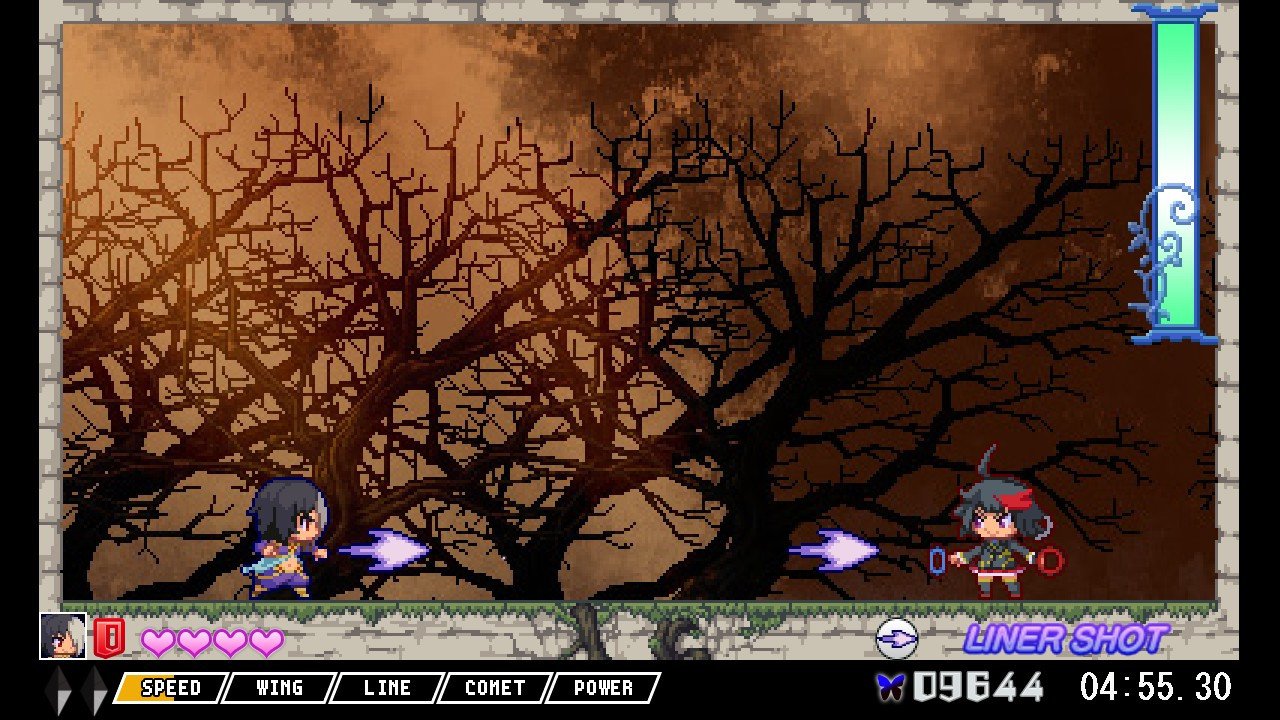 Early on as you play through the game you will notice that you have a power bar that fills up as you kill enemies. Over time you are able to upgrade your character with that power. These upgrades greatly help you in game to overcome the level ahead and deal with the end boss of the level. Unfortunately these upgrades are also rogue-like. If your character dies mid level or during a boss fight you lose all of your accumulated power. So you will start near where you just died. With just your base power, speed and shooting. Now some levels and bosses are more forgiving than others when this happens. Unfortunately not all of them are. I’ve discovered several areas in game that as basically impassable when you don’t have upgrades. You will find yourself with impassable gaps and enemies that kill you. At this point you have no choice but to restart the level even though you may have several lives. Areas like this totally ripped me out of the experience and destroyed my goodwill early on towards the game. 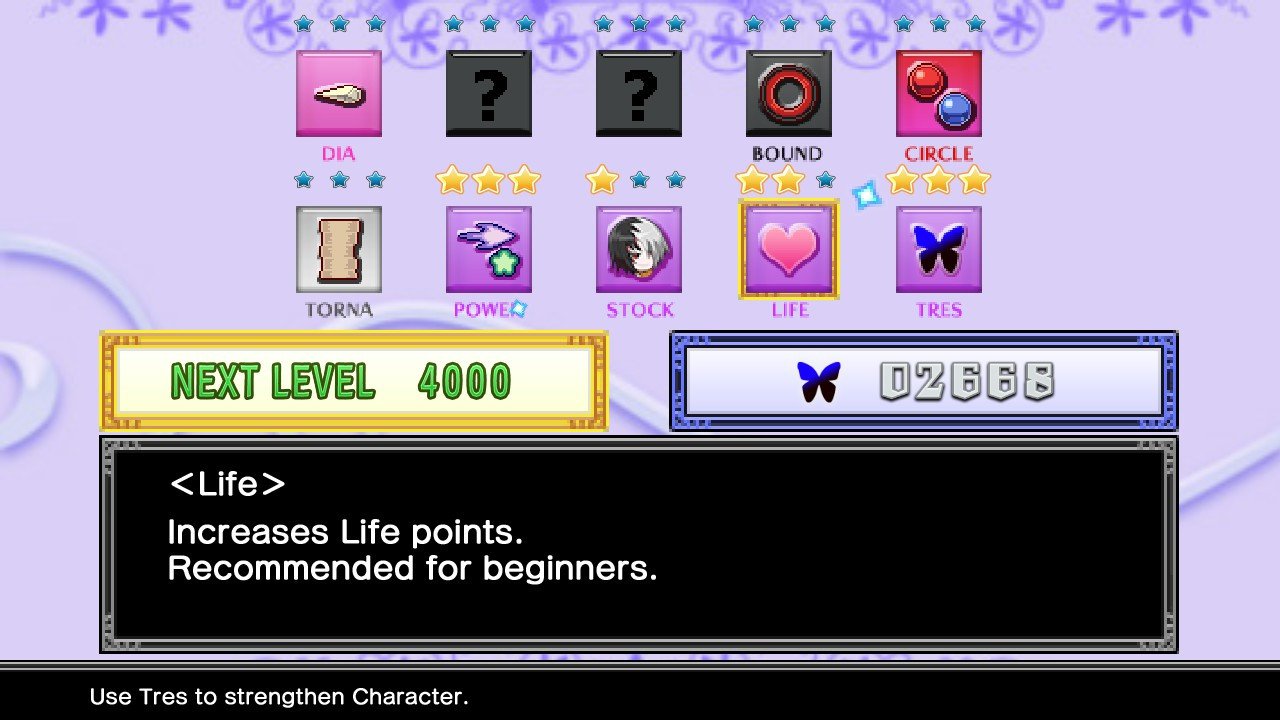 That was until I discovered that I was able to permanently increase the number of hearts (life) my character has. I found I was also able to boost her ability to earn power for power ups faster. After stumbling upon this upgrade section and learning all this I was able to get much further in the game faster and thankfully easier. I was also able to permanently boost other stats such as attack power and my ability to earn power after killing enemies. This made it much easier to power back up after death. Unfortunately I still needed to deal with cheap level design and enemies that shot at me from off screen. Memorization of bad game design was still key here. There are also some almost pixel perfect jumps that you need to endure. The game is doable, but there is a lot of annoyingly cheap trial and error. The breaking point of The Legend of Dark Witch for me was the need to methodically hunt through the levels for gems. More on that in a bit, but after the gem gate I was just to darned salty to find any fun in game.

Ok, back to the gems. The first six levels are available to you right off the bat, to get further on in game I had to scour them over and over and over again to find 11 gems that then allowed to to move on a bit in game. There are more gems, but I just didn’t give enough of a damn to find them. The upside of these gems is they raise the cap on your upgrades in game. Very useful, but implemented wrong.

After you unlock the last area you then deal with another level that demanded even more perfect jumpsand all of the problems I mentioned before, except this one had a punishing check point system that drove me bonkers. After that it was a boss, rush area followed by a cheap two part boss fight.

It wasn’t fun. Honestly I wasn’t having fun with this since the second level. This just isn’t a fun game for me. It really isn’t. I hate cheap level design. I hate having to memorize where cheap enemy attacks will come at me from off screen. I hate having to deal with horrible UI design that hides away important upgrade abilities. Pixel jumps are just dumb, as are having to play through a level several times to learn where all the death trap areas are. The game also suffers from a insane lack of content considering the price. Sure the developer tried to remedy the painful lack of content by hiding power up gems/level gates in the levels but that’s not enough. I wish there were 12 more levels after the initial six with said gems. Then have the final pain in the ass area.

After you beat the game you do unlock another character to replay the game with…but she is really hard to use. Knowing that I have that entire pain in the as campaign to do again with a character that suffers from poor attack range and movement makes me not want to even try. 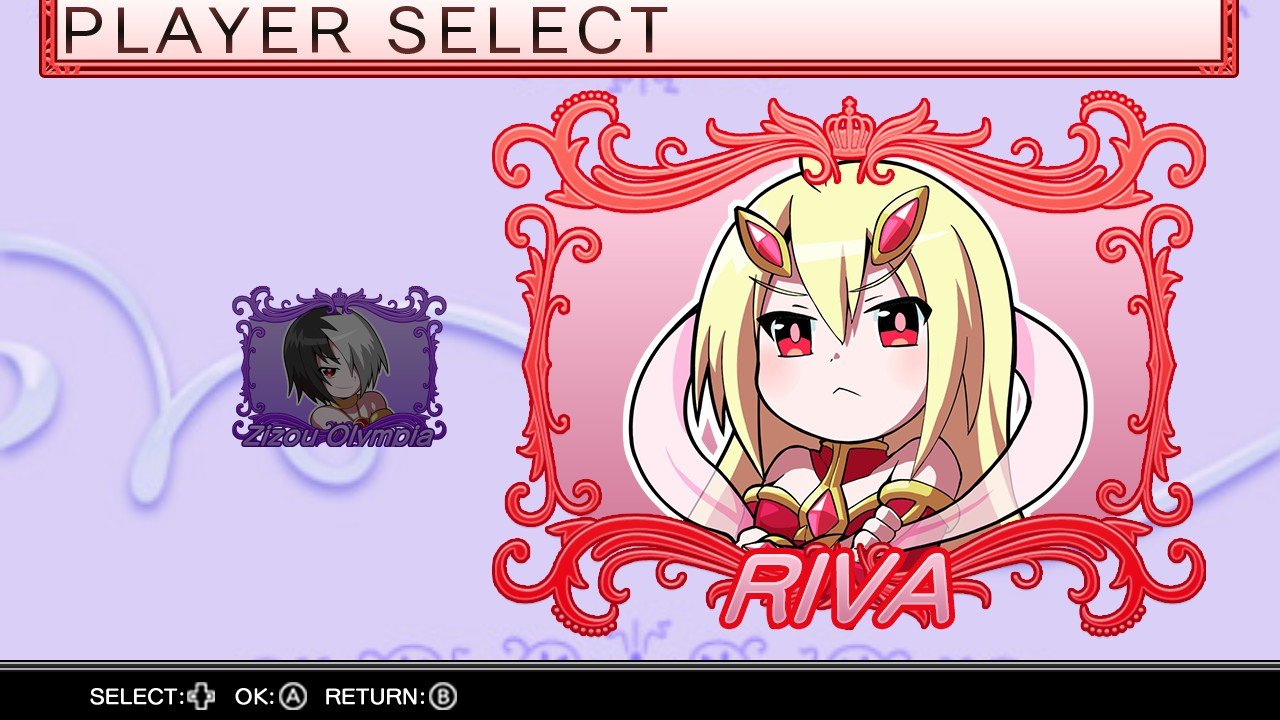 I may have enjoyed this game when I was younger and had no other games available to me, but as is I know what good platformers feel like. I know when a game is being padded. I just don’t have to deal with that. There are much better platformers out there on Steam, The Legend of Dark Witch isn’t worth my time.

Maybe if the story was better and I was actually motivated to want to know more about what happens, but it’s not. Maybe if there were more levels with a better check point system, but there isn’t. Maybe if the Block ability worked better I’d be up for it. But as is it was almost totally useless on my first play through. It only felt like it worked after upgrading the ability after I beat the game in an unlocked in game shop.This really annoyed me because when I played the game the first time the ability to block felt horribly broken. After upgrading it after enduring tons of cheap damage on my first playing through having it work now feels like a slap in the face by the dev. Why didn’t this work the first time? Why do I have to upgrade an ability for it to actually work? 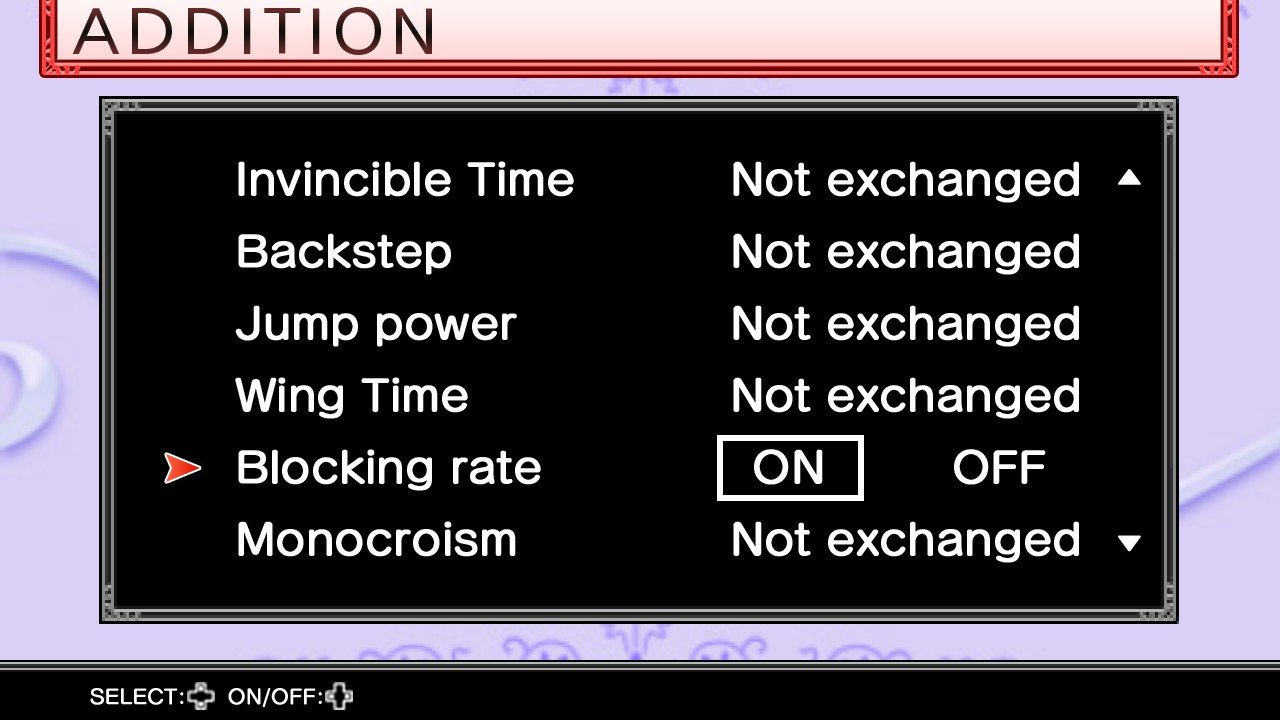 There is also the huge problem of the almost totally useless boss abilities that you unlock after beating them. These are only somewhat useful on other, bosses. Even then not really. A lot of the time you are better off just sticking with the basic upgraded attack. It’s like these extra abilities weren’t even tested. They feel so half hearted it screams filler and pointless extra feature.

I don’t like this game and I can’t recommend it. I know it has a ton of good reviews on Steam, but unless it’s on sale I can’t begin to recommend it. Even then there are so many other better games out there that I can’t enthusiastically recommend it.

Now if you love games that require lots of memorization and love the idea of taking on the challenges that drove me crazy, then go right ahead. The Legend of Dark Witch has a ton of positive and loving reviews on Steam so there is a market for this. It’s just not for me.

Read our other Game Reviews