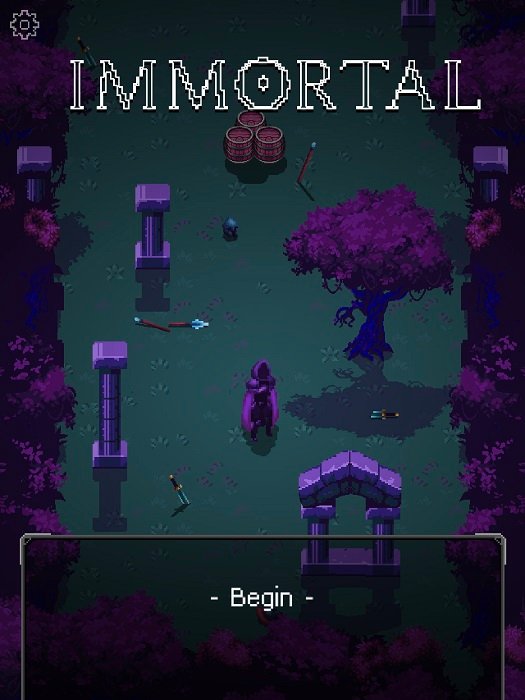 IS Immortal Rogue WORTH YOUR TIME?

What Do We Think:

Immortal Rogue is an interesting rogue like game that grabbed my attention and did’t let go. It’s not perfect, in fact it really could be a lot better. That said, I think Immortal Rogue is the start of a great franchise. I think this is a solid foundation for an amazing sequel and possibly lore filled universe.

Immortal Rogue was very off putting at first. In fact, some of the problems you encounter on your first few runs are still problems weighing down the game long after you mastered it.
Lets start off with the bad:
Because of the randomized nature of the game, some runs you will find yourself against enemies that you have no business fighting right away. That said, the more you play, easier enemies get… for the most part. 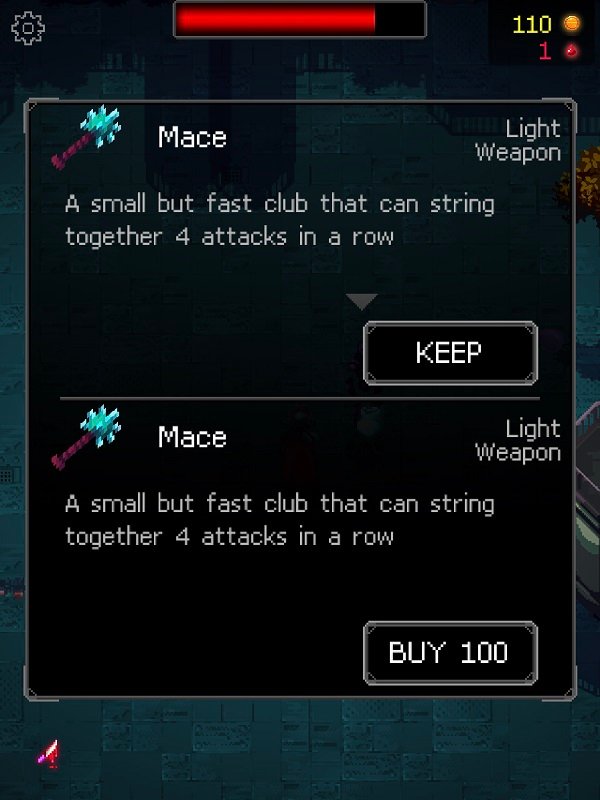 The in game store is totally randomized. There will be a lot of runs where you are just stuck with bad weapons and only offered similarly bad weapons. When you are finally offered some weapons you like or upgrades, they are often times impossible to get thanks the difficulty in acquiring in game gold. Then, when you finally can afford said weapons, you never see the upgrades again because the shop went back into crap randomized mode.
Some of the weapons you get are just lousy. Some are so powerful that I know once I get that weapon, I basically won the game.
There is no balance to the weapons and it’s a shame because some of those weapons are amazing to play with. unfortunately there are way more bad weapons than good ones.
The upgrades that you are able to get each run are also randomized. More often than not you will be offered upgrades that are totally useless. The useful upgrades feel as if they should be unlockable permanent passives. I’m looking at you item/gold pull. I’m also looking at you increased gold/blood drops. 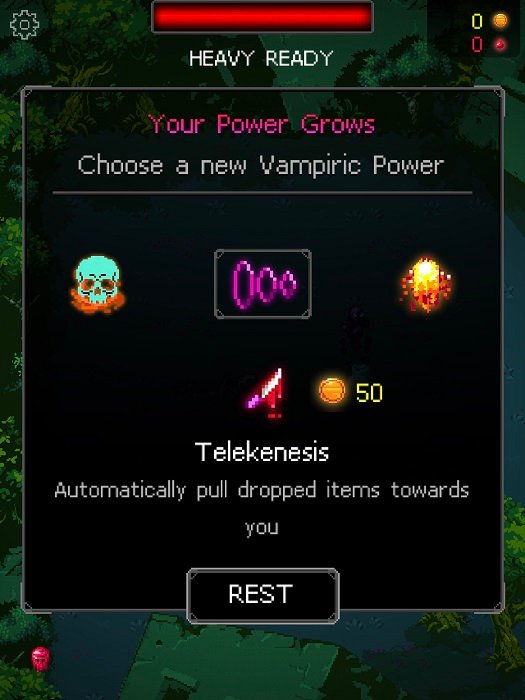 All too often enemies with distance weapons group up and it makes fighting them just punishing and impossible unless you have the right/lucky weapons to take care of them. If you’ve never been offered any good weapons and you run into these giant mobs of enemies, well, you are kinda screwed. I also have to mention ranged enemies that are often totally hidden by the environments leading to unfair damage and countless cheap deaths. Having enemies spawn and shoot me from places that I can’t see at all is just bad game design.
You have no way of knowing how useful the thralls (followers) you get will be until you get them and spend lot of time unlocking. To make matters worse, you can’t get rid of them either. Finally, you can only have a set amount of followers. When I maxed my underwhelming squad out I was very disappointed that I couldn’t get more. I was actually looking forward to getting all of them. It felt like a fun goal. Instead I was then able to start unlocking lame weapons… which honestly is where the fun of the game ended for me. I would have rather appreciated unlocking permanent upgrades, instead the endgame here feels like the dev wants you to delete your progress and try again to possible create an idea squad of followers.
Not really interested in that.
I’ll also note that the game did randomly die on me one time. 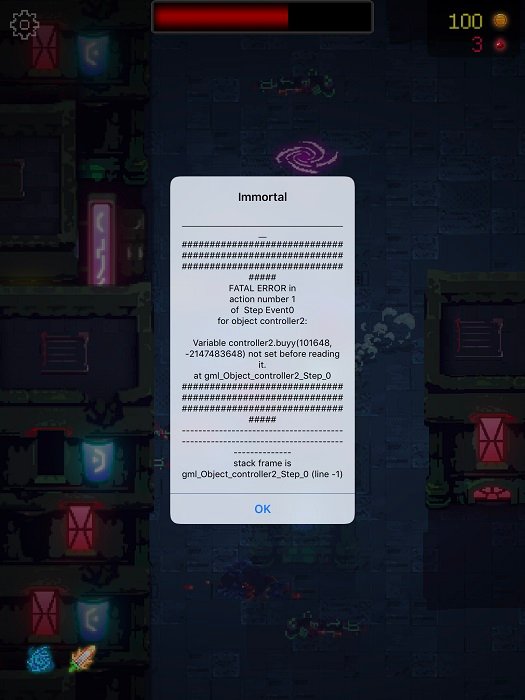 Let’s briefly mention the plot. It’s nonsensical and forgettable.
Let’s get to the Good
Now I complained a lot about this game so far and for good reason, but Immortal Rogue has that magical just one more game feeling that kept pulling me back in. The gameplay, once you get the hang of it, can be really fun and challenging. You need to move fast but you also really, really need to stratagize and think about where you are going to move and why. In the middle of it all though there is a randomness of enemies spawning and how they are grouped that always had me on the edge of my seat as I played. Beating levels felt like an accomplishment.
Unlocking mastering a new and powerful weapon felt like it changed everything. Depending on the weapons you have your playstyle changed. Most weapons make you dash in and out. Others force you to get in close but deal massive amounts of damage. Others, have you dealing death from far away. Immortal Rough is just fun to play and replay because of the varied nature of these weapons.
Levels are never too long, well until you get to the end game, then levels take a while to complete. Even still, when you unlock and master the best weapons, runs are fun for the most part. Sure the are a lot of cheap attacks you need to put up with, but once you learn how to deal with them, it’s doable. Again, assuming that you have a good load out.
This is the redeeming part about Immortal Rogue, mastering it, knowing how to deal with the cheap enemies and and for your a few hours at least, you are fighting a war against the enemies. Finally getting to Dracula and taking him out felt like a high point for me. The first time I faced him, he felt like a boss.

Yes, but this isn’t a game that is going to last you for years.
Once you get to and master the end game, Immortal Rogue get stale fast. With an ideal load out, I’m basically a god of death and it’s just a matter of slowly farming blood for upgrades. This is where all the many problems of Immortal Rogue kneecap it from being a great game with more replay. 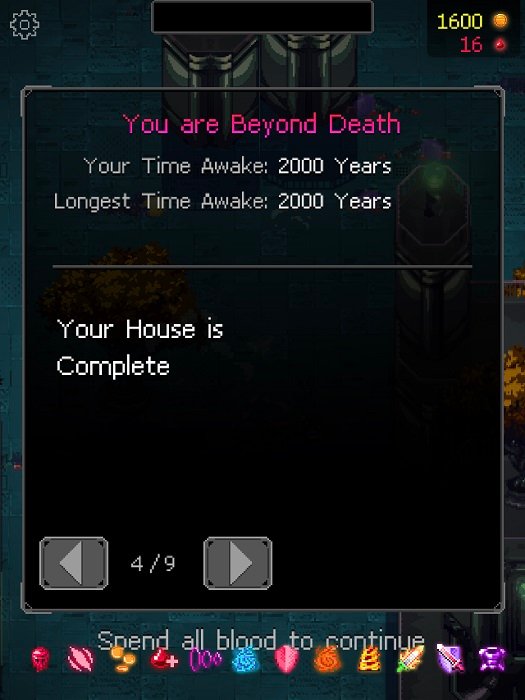 The broken store especially feels like a slap in the face when I have thousands of gold and nothing to spend it on because all I’m getting offered is starter gear. At a certain point it should be upgrades to my weapons and powers. Speaking of powers, it would be nice to swap some out later on when I am in the endgame. Then, after hitting the wall and discovering I can’t get anymore followers who provide perks, I found myself losing interest in the game completely. The weapons I had the ability to upgrade looked like crap. The wheel of play and progression no longer had a point and wasn’t fun anymore.
That said, I got hours of entertainment out of Immortal Rogue and I am really glad I had a chance to play it. Sure it would be great if the developer fixed the issues I have with it here. Yet, I see that time better spent on making a sequel that takes the best of the game and leaves the problems behind.

Yea, it has a poop ton of problems, but the gameplay for those few hours of play really had me coming back for more and more. Sure it ends in an underwhelming way when you get to the end game. But learning and mastering the game, slowly working my way through Dracula’s minions and finally the big bad himself was a lot of fun when everything was working right.

I have to send a huge thank you to the dev for making the grenade. It’s a grossly overpowered weapon that allowed me to feel like a powerful death dealer. Sure it kinda broke the game, but even with the grenade, I had to stay on my toes and I died plenty of times with it. I only wish the rest of the weapons were as useful and fun as the grenade.