Ooooo! I am excited about this!

Ok, this is sorta weird because I never played Battle Chasers, but I always wanted to play it. The reviews are good, the gameplay looks awesome. It looks like a game that I would lose myself in. I just don’t have the time.

So now maybe, just maybe, I might be able to get into this game.

Check out the press release below:

The Iconic Battle Chasers Heroes Heading To IOS And Android

Austin, Texas / Giebelstadt, Germany, March 13th 2019: The critically acclaimed Battle Chasers: Nightwar from developer Airship Syndicate is heading to mobile devices this summer. After being released on PC, Mac and consoles before, the game will now be recreated for a mobile experience and will be released on Android and iOS as a 9,99 $ premium game without any in-app purchases, ads or gambling. 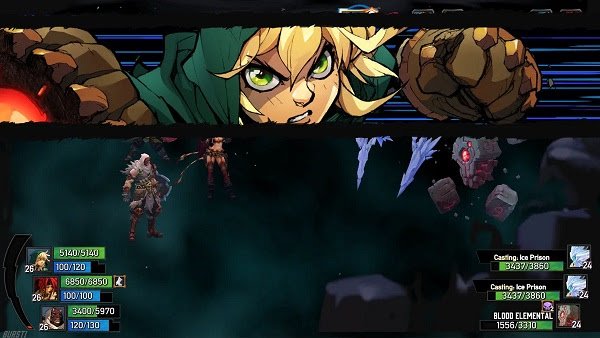 The six heroes around fearless Gully who is on a quest to find her lost father will explore a vast world filled with dangerous enemies, hidden secrets and randomly generated dungeons. The heroes will get stronger with every defeated foe and every solved quest and gain access to powerful attacks, they can use in the turn-based encounters and boss fights. With quite demanding battles, it is up to the player to find the ideal selection of heroes that offers the best possible synergy and combat prowess.” Ancient War Golem Calibretto for example wrecks the enemies’ armor with his “Gut Punch” ability and Swordman Garrison’s “Rupture” strike will then cause a bleeding effect – using these synergies is key to victory.

“The idea of Battle Chasers: Nightwar on mobile devices is so exciting! It’s a perfect RPG for playing on the go, and anyone who doesn’t have access to a PC or console can also join in the adventure. I for one cannot wait!” Joe Madureira, CEO & Creative Director Airship Syndicate and creator of the Battle Chasers franchise

The randomly generated dungeons offer a high replay value and with three different difficulty levels, they will always be more challenging and more rewarding. Battle Chasers also has a deep hero progression system. Various combat- and dungeon abilities, different perks to customize each character individually and a wide range of equipment that is either found as loot or crafted, provides many options to form the team you want.

HandyGames™ is a THQ Nordic family member and operates as an international publisher for mid-sized projects and developers for a worldwide audience.

The focus lies on creating and publishing games for current gen consoles like PlayStation®4, the Xbox One family of devices including Xbox One X or Nintendo Switch™ as well as games for Steam and many other PC gaming distribution channels. HandyGames™ produces titles for new innovative gaming platforms, for example VR (Virtual Reality) on Oculus Rift, HTC Vive and Samsung Gear VR, but also offers games of all kind of genres for Android smartphones and tablets, Apple iPhones, iPads and many other mobile and smart devices.

As a games company and that is truly passionate about gaming, we always strive for gameplay innovation. We received the German Developer Award as “Best German Game Studio” in 2015 and produced and published award-winning games of virtually every video gaming genre imaginable for a diverse range of audiences and gameplay styles. One example is “Townsmen VR” which was awarded with the German Games Award 2018 in the category “Best Game Design”.