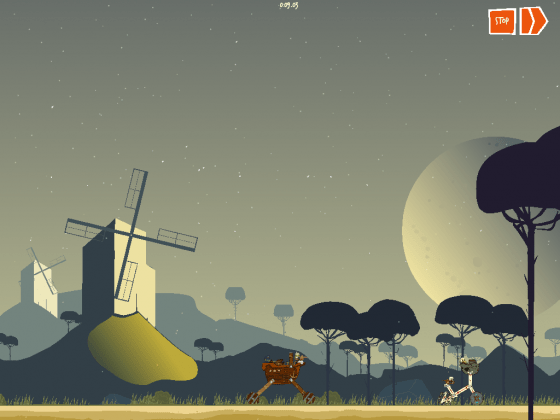 Rigonauts HD is an iPad only app for iOS 5.0 or later. While it states on the iOS app store that it is for the iPad 2 and above I found it all but unplayable.  Avoid until heavily patched and given a price cut to .99 cents. 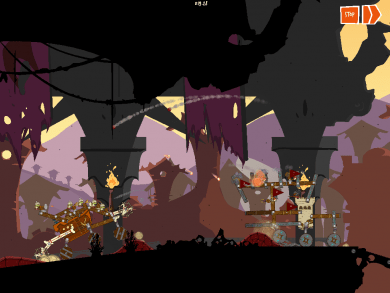 Rigonauts HD has some promise gameplay wise, but it’s a broken game.

I hope Engient fixes it fast, but as of right now it’s not even worth keeping on your iOS devise until it’s fixed.  How something gets put up on the App store this unplayable is totally beyond me. It really doesn’t give me faith in the developer.

The point of the game is to help your crew of run away slaves escape to freedom using their ship and your wits. Every level is a new battle between your makeshift vessel and the enemies’ forces. Every enemy you face has a different weak point or series of areas you need to destroy to get past the level. This has a lot of interesting promise but in the end never pans out.

On the iOS app store it reads it’s for the iPad 2 and above but crashes every few minutes on the later levels (10+). I have an iPad 2 and the game is just unplayable even with a fresh restart and no background apps. When the game did work it’s sort of interesting, but you notice other parts of the game just aren’t right.  Avoid this 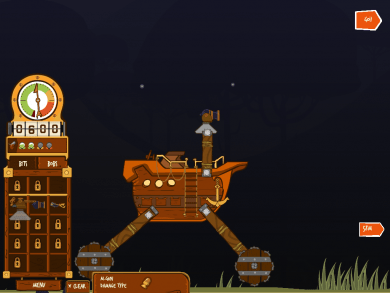 This really has potential.

Besides the horrible above mentioned, oft encountered crashes, the graphics are blurry, the interface is laggy and touch responses often times just don’t register.  The scoring system makes no sense. I just gave up on getting three stars on stages and just played however I felt when the game allowed me to do so. If you are going to play this game (or try to) just play as you see fit.

Destroying enemy ships is weird because some enemies will still be alive after they should be dead, leading to cheap hits and losses. The game quickly becomes repetitive and right before it becomes totally repetitive it becomes unplayable because of the near constant crashing.

Somehow enemy weapons are able to get past layers of shielding and still hit the hull of the ship.  There was a long tutorial but I still feel like things weren’t explained properly. I appreciate the effort that was put into the story of Rigonauts HD but I never really had a chance to root for my heroes. As far as the HD in the game. It’s not. It looks okay but nowhere near HD. I also can’t zoom in during battles, which is pretty annoying. The fact that it’s being touted as for sale at $1.99 seems pretty ballsy. Even fixed I don’t see this being worth more than .99 cents.