Chance of a Lifetime Review 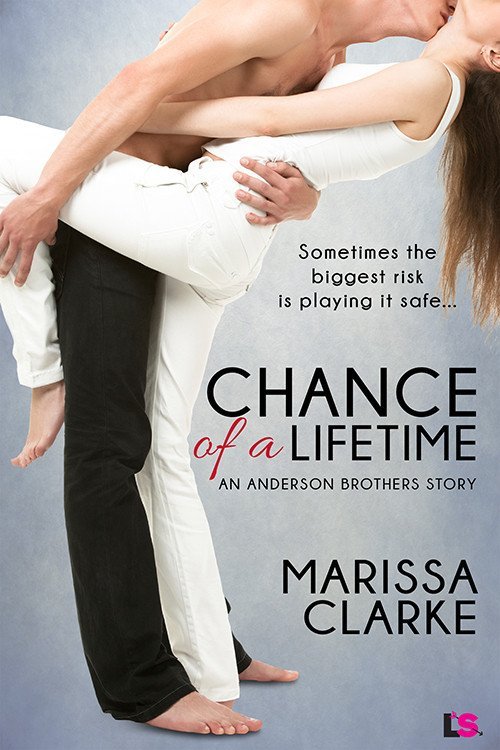 Is Chance of a Lifetime Worth Your Time?

I loved Chance of a Lifetime. I really, really, really loved this book. If you haven’t read this book but read the two before it. What are you waiting for?! Go buy this right now

. Chance of a Lifetime is an awesome ending to the Anderson Brothers series. I can’t say how good it is as a standalone book since I already devoured and loved the previous two books. I can honestly say that the trilogy is a worthwhile investment if you are in the mood for some feel good, steamy reads.

Again, if you haven’t read Chance of a Lifetime yet, don’t bother reading below this line. Just go buy it. Below you will find me lavishing the author with praise and geeking out over just how much I loved this book.

Chance of a Lifetime builds upon and successfully utilizes the two previous books for awesome character development, which makes loyal readers (like me) feel right at home. Chance is a familiar lead, but also a mysterious one that long time readers were very curious about. I honestly thought the author was going to make the character gay before the adverts came out. After seeing them, I couldn’t wait to see how this would play out. In the previous two books Chance was so easygoing and shot from the hip. I couldn’t image how they could make him hem and haw about a woman he would be interested in.

Then came Gen. I love the name. It’s just a cute take on Genevieve, but it works wonderfully and it suits her. Gen is a lovable love interest who just came off as real. She lived her life playing it safe until a random event she reminded her of her own mortality. From then on she tries her best to live her life. Her progression felt so natural that I never had a complaint.  Her innocence made sense, her impetuousness made perfect sense along with her desire for Chance. Ugh.. That really made sense. Gen is an amazing protagonist for the reader. When we meet her she doesn’t have time for games. She doesn’t drag things out. No. Life is too short. She wants to live and get complete her goals. I loved it. I loved having a lead who took ownership of the situation and just went with them. Having her drag Chance along and force him to let go with her was great. It was also a wonderful change of pace to have the Anderson being the one being chased, cornered and finally conquered. Chance was Gen’s prize and she did a magnificent job knocking down his walls.

Chance was also a great character to read. Gone is the confidence and bravado of the other two Anderson men. Here we have the brother in the shadow, partly of his own design and partly because others didn’t believe in him. I loved that it came off believable instead of overly angsty or broody. If you have been following along with the previous two books, you might be a bit surprised at this sudden change. After all, every other time we encountered Chance or someone spoke of him, he seemed to be the most easy going carefree brother of them all. Coming into Chance of a Lifetime expecting one thing and getting another was a wonderful set up and twist. Here is Chance, not at his lowest, but lower than we would have expected. Easy going Chance is gone. Now we have a grown man who spends way too much time in his own head being his own worst enemy. It was fascinating. At first it was annoying to have him giving so much of a damn about what Walter thought about him and Walter making his sister, Gen, off limits. I felt like Walter loomed over Chance and Gen way too much for a while, but things got clearer as it went on.

I can honestly say Mary Lindsey has total control over my heart strings. In Sleeping with the Boss she masterfully wrote out exactly what it’s like to meet someone and just want them. The primal lust filled urges and the larger than life wants without sounding cheesy or creepy.

In Neighbors with Benefits she complicated things and played with the wrong-for-me sex appeal that was Michael and Mia that easily reminded me of those passionate affairs with women I knew were bad for me, but right in every other way. It was also fun disliking both characters in the beginning and then liking and rooting for them in the end.

Now in Chance of a lifetime we have the one that got away, the power of the first crush/love attraction and how it just throws you. How it throws everything out of wack when it comes back into your life. It’s even harder when it just feels so right. Then she threw in the lingering emotions for the one that hurt you and the guilt over hurting the one you love. ALL THE FEELZ GUYZ!!!!! UHG… Damn you Mary.  You had me going through so many flashbacks when I wasn’t pouring over the pages. The feelings and memories her words evoked from me honestly just moved me at a level that continues to surprise me. I felt like she was writing to me, my heart, my passion and my past. I loved it.

I really loved how Will and Claire were used in the book. Both cared and both were true to the their previous incarnations. Including the both of them really brought home the journey that is the Anderson Brothers series. Yes, I would have loved it if they were more prominent, but they managed to provide the stability they found with each other to Chance and Gen. It felt sweet and right.

Unlike the previous two books the passions started fast and simmered just right. Once again when the sparks did fly I was a very happy/horny reader. The foreplay this time around was the star of the show. It was really hot and thankfully there was a good amount of it. There sadly wasn’t too much sex, but it was still good. I was really hoping things got even hotter in the bedroom than the last book. I definitely would have been happier if there was another day of banter between the two couples and another night of ocean side fun. Chance and Gen could have had another day together to explore each other and enjoy themselves.  I feel the book would have been better for it. Having them totally forget the ever present and mood killing shadow that was Walter would have made his barging in that much more harsh.

As you can tell by the gushing rant, I absolutely loved the book and plan on gifting the series to friends for years to come. The Anderson Brother Series has earned its permanent folder on my kindle and Mary Lindsey has earned herself a place among my favorite writers.

I loved her and I loved how she was written. Her blindness was a part of the book and a part of her character, but I loved that it didn’t define who she was. I’m very sure Gen could have been written as sighted and been just the same woman. I dug that. I was worried that this was going to go too heavy on pushing her ability to be independent on us and getting preachy. Thankfully it never felt that way. Gen spoke up when she had to, but also knew her limits and was honest about them. Gen was my first totally blind protagonist and while I have very little experience with blind people in my life the written portrayal seemed accurate.

Not much. The sex scenes could have been a bit longer. I mean there was so much foreplay happening I thought the gloves were off and we were getting into literotica land. The one actual sex scene and the implied marathon sex just wasn’t enough for me. What can I say, I heart me some sex words. Besides that Chance of a Lifetime, like the two books before it, felt like it could have been longer. Having said that, the stories all felt complete, just short. I guess it’s a testament to Mary’s writing that she leaves me wanting more because I enjoy her worlds so much.