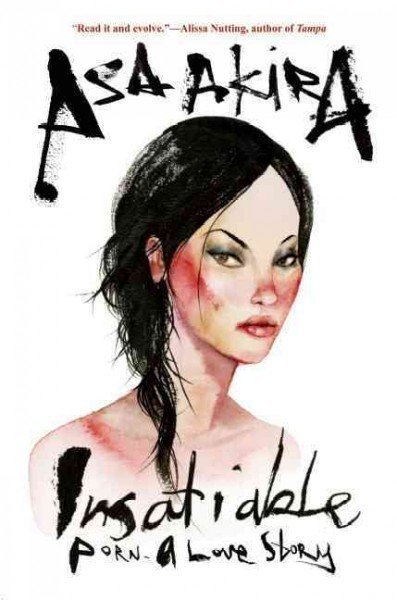 Is Insatiable Worth Your Time?

What Did I Think Without Spoiling It?

I was worried Insatiable would be a lot of forced shock or hyper sexualized content; thankfully it wasn’t. It was more of an autobiography of a young woman trying to find and understand herself. Insatiable is built on a lot of little stories that read very quickly. These many stories explains how and why she became the woman she is today. I really loved that she didn’t make herself out to be a victim or a saint. In fact, Asa lived her life up to the book on her terms and owns all of it – the good, bad and the incredibly awkward. Because of that I really, really loved the book. Here you meet a woman who introduces herself through her craft including all of the high and low notes, and then tells you same about herself. She does it in a way that feels like an intimate conversation amongst friends through small diary entries.

If you are looking for a hot and heavy read that you can have fun fantasies with go elsewhere. This is an autobiography with a lot of lows, embarrassing moments, funny stories and humility mixed in.

I stumbled upon this book after checking out a NY Post article last year when she was plugging the book. I never heard of her before but the article made it seem like a fun read.  Soon after I got it for my Kindle and forgot about it until a little while ago. Thankfully, after swearing to catch up on my book backlog I chose this.

Asa comes off as honest, fun, shameless, conflicted and divisive. Most of all, she is endearing through a lot of the book despite wanting to hit her with a clue by four sometimes. It’s like having a friend who tells you she is against one thing and then doing it a week later. One of my favorite examples of this is when she starts off making fun of strippers only to tell you later on, almost casually, she strips occasionally. That story was about one horrible time she went to strip one weekend and no one seemed to care. It was like she got her own comeuppance and it was kinda funny/sad to read.  Funny because she was so harsh to the strippers on Thanksgiving.  Sad, because it felt so honest. Her fears really hit home. Throughout all of this Asa is relatable.

Not much. I wish she went over her relationship with Toni some more. Although he comes off as perfect for her, I still feel like the book could have done with more of the romance they first had together and told us when they started to seriously click.  The relationship just felt sorta rushed. I know the book is about her, but her falling in love, letting someone else in and really finding acceptance with him felt like it should have been explained more. We went over so many other parts of her life so having the love of her life being glossed over was weird.