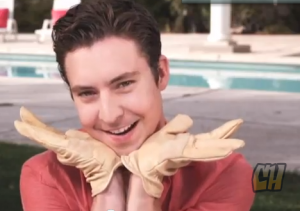 There’s been a lot of heat recently with the slew of states allowing gay marriages to happen. Many conservative religious people view gay marriage as an affront to God. Perhaps they haven’t thought hard enough about what it would mean if they did not allow gay marriage. This is perhaps the funniest videos for gay marriage. And, as a straight female, I have to admit that a gay husband wouldn’t be bad at all! So for those that are against gay marriage, think about it…do you really want a gay man marrying your girlfriend? Because they will marry the sh*t out of them.