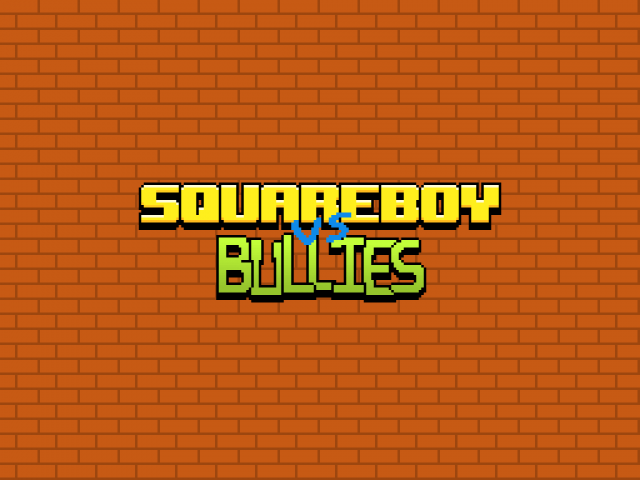 TIME TO TAKE OUT THE TRASH! #screenshotsaturday #pixelart #gamedev pic.twitter.com/N8osGCLvQO

A little while ago one of my favorite developers trusted me enough to try out his new game Squareboy vs Bullies.  I loved it. I loved it so much I decided to show it off at last months Playcrafting NYC event. It went over marvelously and we got some great feedback.  People were eager for a new retro beat-em-up and very curious and excited to find one as polished as Squareboy vs Bullies.  The only concern everyone including myself had was: How will it play on mobile?

Squareboy was always intended to be a mobile game. I bugged the developer Rohan Narang to make a controller supported build for the demo night and hopefully a controller supported version later on down the line. Yet Squareboy vs Bullies is first and foremost a touch screen game.  Thankfully my fears of a substandard experience have melted away.  After spending a good bit of time with a beta build on my iPad I am delighted to say Squareboy vs Bullies has nailed it.  The controls are great! Even more of a bonus, look at the layout!!!  Look at it! 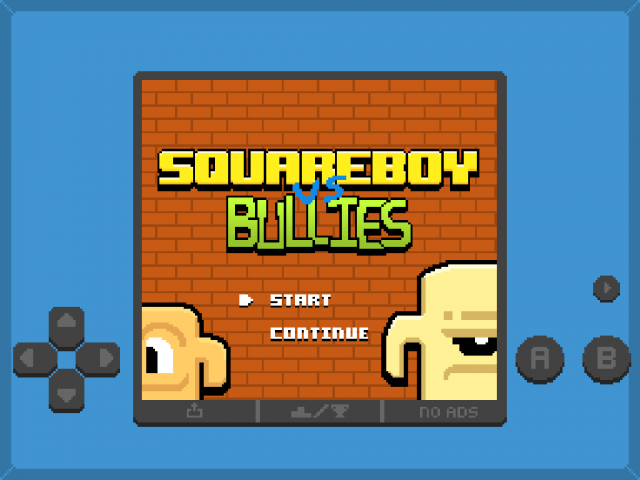 If that doesn’t bring back fond gaming memories I don’t know what will. The handheld design is just perfect. Best of all it works marvelously in portrait and in landscape mode! 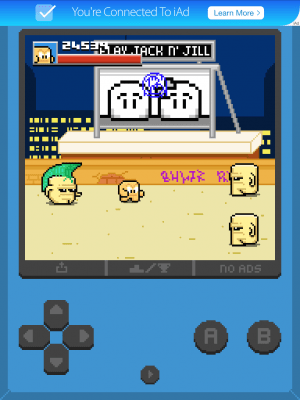 Check out the cameo!

Now back to the gameplay at hand. It’s wonderful.  The game starts off simple enough, but as time passes it gets harder. No worries though, the more you play the better you get. I was worried about it becoming too easy, but there is still a good bit of fight left with the Bullies all the way to the end.  Speaking of the end, the final boss was TOUGH! Wonderfully so! He isn’t cheap, but he will take some getting used to.  After finally taking him down my hands were shaking and sweating. I swear the first time I beat him I had like 1 health left. It was intense!

There is still a lot of work to do on the game. A few bugs need squishing and some more changes need to be made, but I am already sure this is going to be a must own game for any fan of retro beat-em-ups!

Checkout some more screenshots below and stay tuned for more on this game.