The Depths of Durangrar Preview 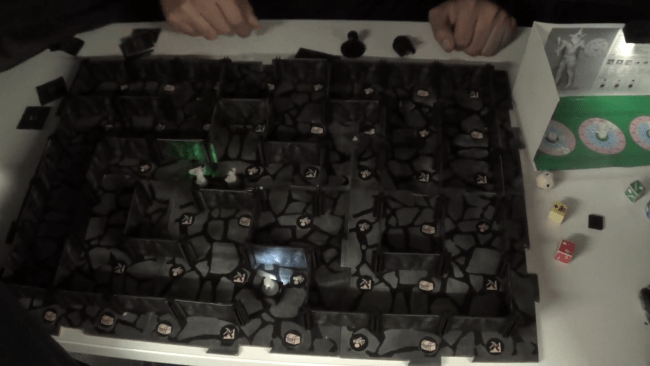 Recently I had the pleasure of exhibiting some games at the Playcrafting New York City event and came across a really interesting board game – The Depths of Durangrar! 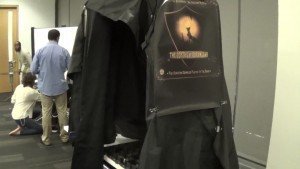 I must have passed this booth like ten times as I went around and checked out all of the games. It was always covered up by a black tarp that reminded me of a giant suit bag.  I dismissed it as some VR game I would avoid unless I wanted a migraine.  It wasn’t until we were wrapping the show up and I was going around for a few last pictures that I noticed it open. I was surprised and confused to find a dungeon crawling board game and a very happy guy inside, Jack Poon. Jack also happened to be a really nice guy I met in the lobby as we were all waiting to get in so I decided to find out what The Depths of Durangrar was all about.

Below is Jack explaining what The Depths of Durangrar is and how it’s played. I haven’t played it myself yet since I only discovered the game as we were packing up to leave. But the mechanics seem really fun.  Hopefully I can meet up with him soon along with some friends and playtest the heck out of this game.

Find out more about The Depths of Durangrar at Jack’s website: Creative Cove Games.com