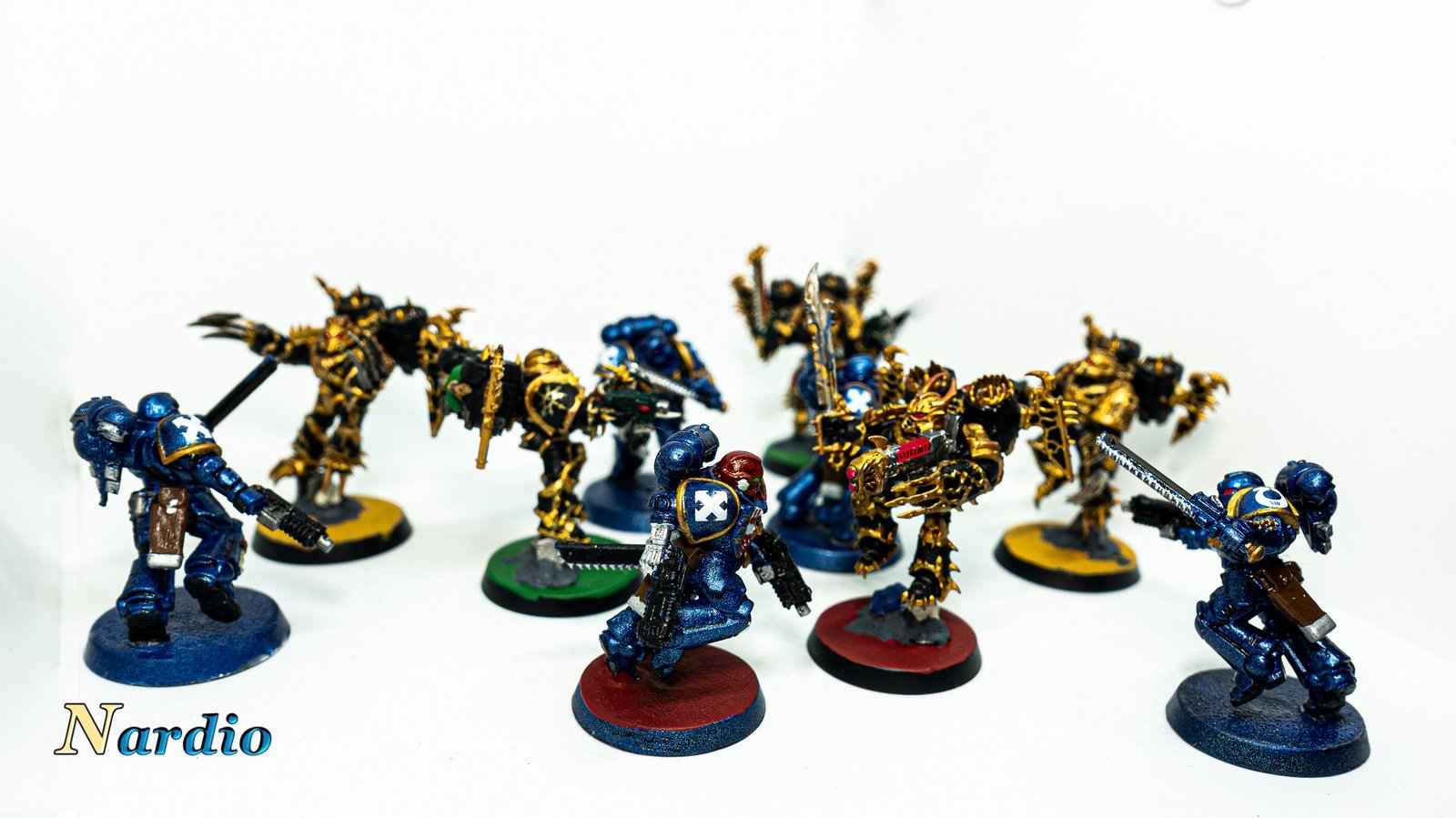 I’m really hyped and happy about this one. This is our first video featuring a totally original faction to Fireteam! Sure, the Black Legion are an established Warhammer 40K faction, but for some reason, that honestly baffles me, they left Chaos legions or anything really Chaos out of Fireteam. Even though the intro to the story was that Chaos was running rampant in the area in the Galaxy this takes place…..

Anywho, I bought a kit of Raptors that can also be made as Warptalons and decided to do both and make a Black Legion team out of them. At first, I was going to make it a World Eater team, but damn, the Black Legion look was soo good and very different than everything else I had, so I went with it. After I finished the first mini, I never looked back.

Anywho, check out our Fireteam Friday match below:

I need to work on balancing them a bit, but the Black Legion are hoot to play against and with. I hope you liked the match.

If you enjoy our posts please consider supporting us on Patreon.