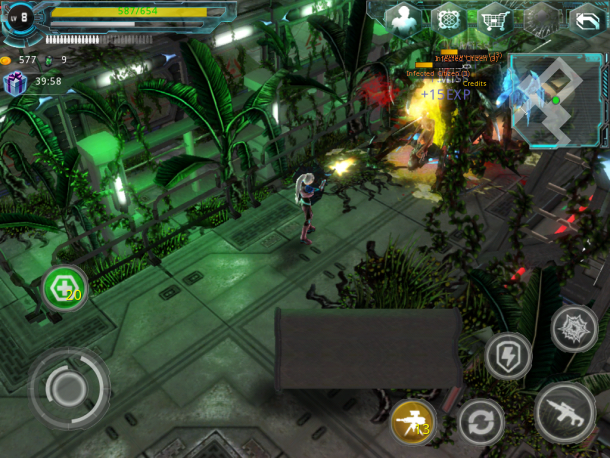 Yes.  Especially if you grab it when it’s free.

Alien Zone Plus is available on the iPad, iPod touch and the iPhone iOS 4.3 and later. You get the same great experience with all devices. As always, I prefer gaming on my iPad 2. 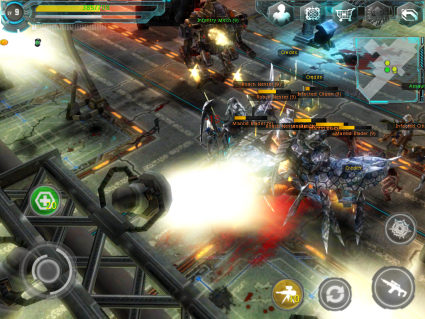 If you are a fan of shooting lots of zombie aliens and love random loot drops and shops get this NOW!

How the heck is this free (Note: not free anymore). Seriously. This game right here proves that Freemium gaming can not only can be enjoyable, but as addictive and engrossing as anything else. Alien Zone Plus has ruled my life for the past week in its insane addictiveness, challenge, and over all fun.

Alien Zone Plus is a great looking shooting game that is very reminiscent of Diablo.  To make it work you only have three real powers at your disposal: Shoot, Shield and Energy burst.  Most of what you will be doing is shooting. You are going to be shooting what seems to be the same enemies over and over again until you face the final boss. But for some reason I just never, ever got bored. There is just too much action, too much randomized loot drops and loot shopping to be bored. Sure, the mechanics never change throughout the game, but the game is just that enjoyable that they never have to.

Just when I thought I had finished everything after beating the final boss, which took me a good few tries by the way, I found the game just restarted me into the next difficulty on level one. Honestly, I wish I knew this happened because I would have rather farmed the easier rookie difficulty for a while before trying out the harder mode. As is, I am getting spanked pretty hard. I just made it past level two and I have to tell you Veteran difficulty is no joke at all. It’s still doable, but you are really going to have to earn it. I’ll let you know when I beat it again, but I’m sure it’s going to take at least another week. That being said, you are getting an insane amount of replay for a free game.  I only started to spend real money after my first play through buying a new avatar to thank the developer for Alien Zone Plus.

The controls are spot on. You automatically attack the closest enemy when you use the shoot button. Movement is never laggy and the button spacing is perfect. The pacing of the game is tough but doable. You get used to being attacked in large numbers and learn to get used to being surrounded. It feels cheap sometimes, but it totally adds an extra feeling of fear when you are walking down a corridor and realize that you are in a very tight space… 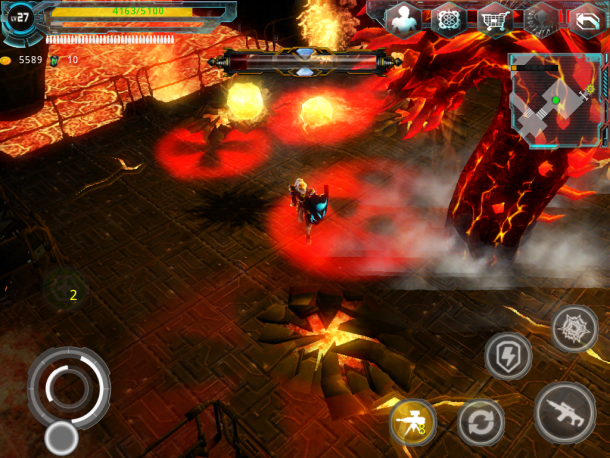 The boss fights are tough.

The art is awesome. I’d say Playstation 2 level with a lot of enemies being thrown at you. The levels look good and the enemies really do look menacing. Unfortunately there isn’t a wide variety of bad guys. That said killing them over and over never gets old.

Weapon drops, weapon shop inventory and weapon upgrading are all randomized. Sometimes you can pick up a super powerful weapon randomly, other times you will find it in the cheapest section of the shop. Upgrading weapons can get insanely expensive fast on some weapons and then dirt cheap to upgrade on others. I recommend always checking the shop before upgrading your weapon. Often times it’s cheaper to buy a whole new item than to upgrade.

The game uses a special currency that is pretty tough to acquire, but you can get it. Unfortunately, you find out pretty fast that to get far in the personal character upgrades you will need tons of them. Fortunately, you don’t need to use the personal upgrade tree much to beat the game the first play through. I just paid into what I could with gold and left the rest alone. Upgrading and finding new weapons does give a good feeling of progression and for my first play through of the game I never felt forced to spend real money to get ahead. 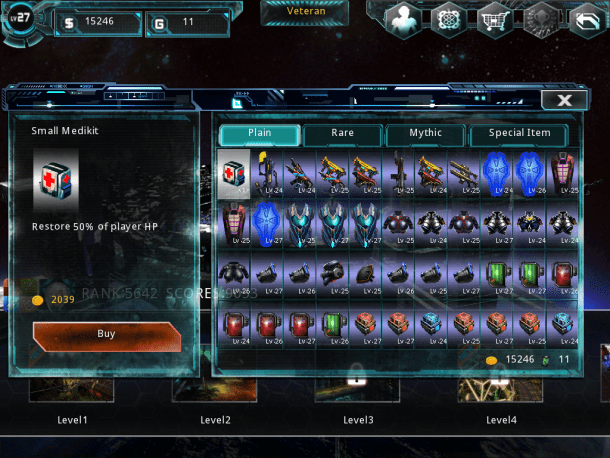 The only downside I’ve discovered while playing is that the cost of first aid kits scale with your leveling pretty hard.  Stock up on first aid kits early! This makes buying and using said kits something you really need to think about. However, with good use of your shield and energy blast powers, you never need to use your kits too often. But be ready to use them during boss fights. You will want to let yourself die once or twice before to figure the bosses out so you don’t waste your kits. 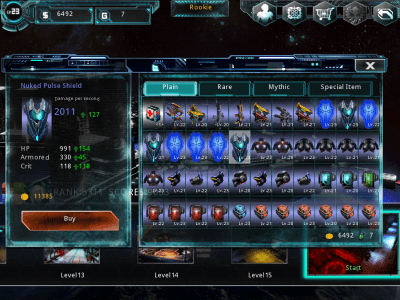 It’s all about the gear hunt.

Alien Zone Plus is a very difficult, very pretty game that just has that right amount of randomized progression that makes the game totally addicting. The “just one more level” and “one more try” feeling will keep you up pretty late. I love the feeling of going in and out of the randomized shop to find just the right item upgrade that helps me get past an area that was kicking my butt. I really love it when I can go back to earlier levels and show them who is boss with my new upgraded guns and armor. Randomized enemies in the levels are also great/annoying. Mostly great. Having the randomized enemies makes level grinding way more fun. It’s also just adds to the sense of suspense. You never know if there is one or three elite enemies waiting for you in that cramped doorway up ahead.

The special gene currency being the only way to upgrade your character is kind of annoying. Again you never really need to level more into it than you do with gold. I see this as more of a way to spend money if you want. After a lot of hours playing I have to say the investment does seem worth it. The only worthwhile weapon to get is the shield. Nothing else gives you the HP and Armor you need to survive the constant unavoidable ambushes. It would have been nice if the other weapons in the game were actually viable options. As is stick to the shields.

Right as I was about to post this review I noticed the price went from free to $1.99 on the app store…  All of a sudden not being able to max out my character because of the hard to get in-game currency seems pretty messed up. As a Freemium game this is amazing. But if they are going to charge for a game and wall off max character upgrades for more money then that’s just messed up. That being said, I still love playing this game.  So far I have put more time into this than I have with many other games.  So I still think this game is worth playing even if it is $1.99.  I just don’t like that they haven’t made Gene drops happen more often along with the price change.  I haven’t made it too far into Veteran difficulty, but so far its doable.  If there is a pay wall later on I’ll be disappointed.

New levels, costumes, weapons, and more frequent Gene Drops.  I would adore more customization options for our hero with in-game currency. I can totally see this game supporting expansions that add more of everything to the experience. A story. As is now you really don’t get one. If there was a good plot this would be amazing.