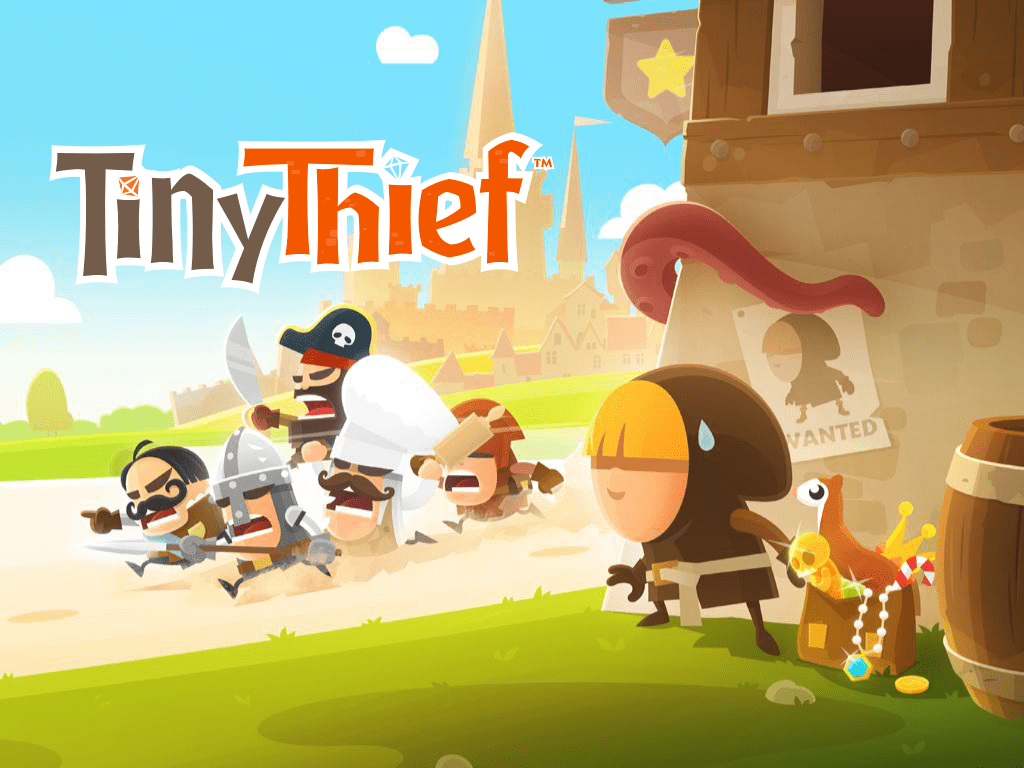 Tiny Thief is an universal app for iOS 5.0 and above. With all the little details here, I highly suggest playing this on a larger screen.

Tiny Thief is a cute and fun puzzle game that will keep you entertained for hours. Each level is relatively short so you can’t help but continue playing. Before you know it, it’s been 4 hours since you picked up the game. There’s some replay value here with all of the various hidden items to find in each level. 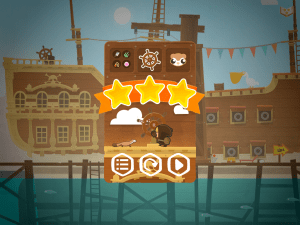 Tiny Thief plays pretty perfectly without any lag. It has basic one-touch controls. You touch the screen to move the thief and then when there’s an object that he can directly interact with, a button appears for you to click. For the hidden objects, you will need to click around the level to find one that is interactive. Sometimes you won’t be able to find them until after you’ve completed some objectives, other times they’re in plain view. It’s a fairly straightforward puzzle game and as you progress through the levels, the puzzles get slightly harder as does finding the hidden objects. You’ll have to keep your eyes peeled to get three stars on every level.

There have been complaints on the iTunes store regarding game crashes, but I have not experienced this. The game has worked flawlessly for me. 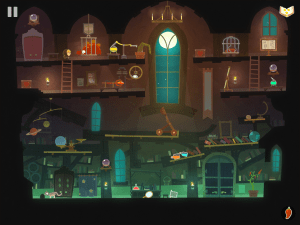 Tiny Thief is a perfect little packages: cute, fun and engaging gameplay and story. Yes, there is a story here. The little thief is actually a hero to the regular people and punishes evildoers, kind of a Robin Hood story really. At the beginning of every level, you follow his story with a series of adorable comic panels. You can’t help but root him on as he outwits a corrupt sheriff and eventually saves the kingdom. The gameplay, again, is perfect for this kind of puzzle game. I love the interactivity for each level. Later levels you can move around chandeliers or other items. It doesn’t DO anything aside from add an extra dose of fun. Every level also has a completely different appearance, which really keeps me invested in the game.

The puzzles themselves are never too difficult to figure out and should take around 10 minutes at the most to get through. The game conveniently disables objects that need to be activated later so even if you tap on them prematurely you only get a shrug from our thief. At the start of a level, the game shows you the object you need to collect in order to move on to the next level. Generally speaking, you can look at the layout of the level and trace the route that you will need to follow to complete the objective. Figuring out where the hidden items are is a different matter. You might well spend 20-30 minutes just touching everything on the screen to figure out where everything is. The levels themselves also get larger so you won’t have to worry about beating this game too quickly. I would say that you may well spend a good 4-6 hours here if you want to collect all the stars. 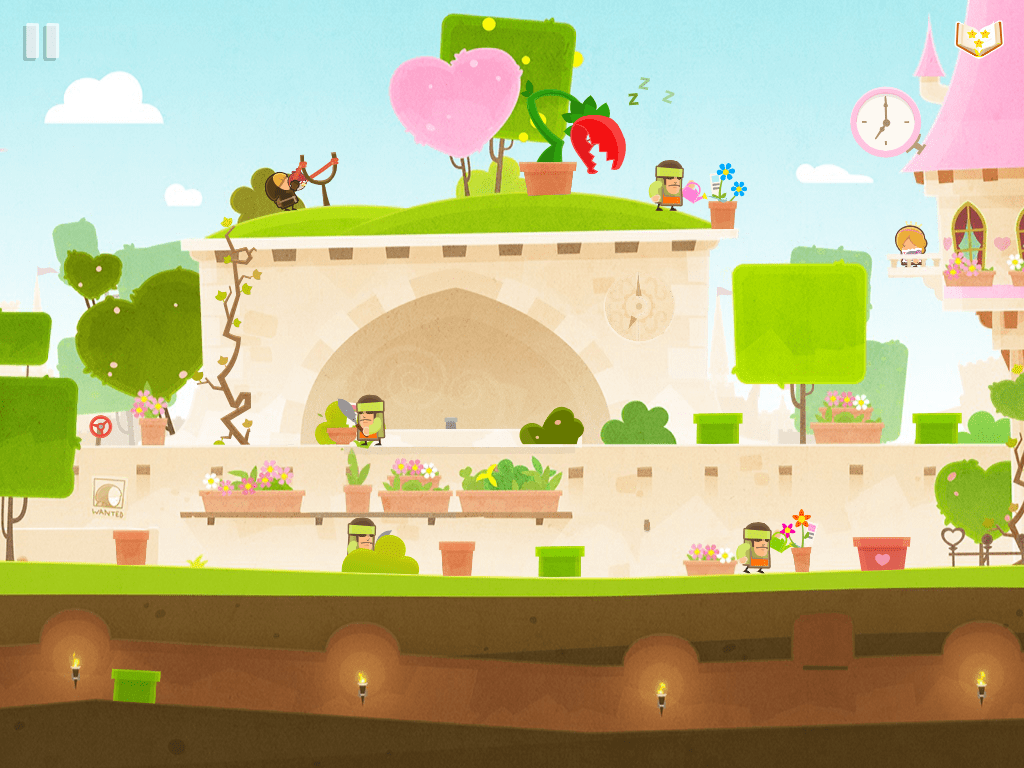 Aside from the gameplay, the graphics really draw you in. It’s simple, but it works. Everyone is “chibi”-fied, even the bad guys. Even so, they all of their own characteristics and personality. Every level is full of detail and I love the use of colors in this game. It really sets the mood for every level. The music itself is also nice, a bit forgettable, but it together with the graphics helps draw you into the game. There’s plenty of humor here as well. There’s one level where you make a slingshot to shoot a bird that looks suspiciously like one that comes from Angry Birds. I guess it makes sense considering Rovio published the game. I also appreciate the added bits of cartoon violence. The thief might be the hero, but that doesn’t mean he won’t use dirty methods for the greater good. 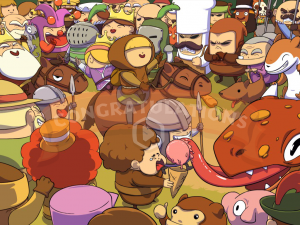 Saved the kingdom? Check.
Got the girl? Check.
Now to get all the stars!

Some of the puzzles to find the hidden items are a little too difficult to figure out sometimes. You might end up getting lucky touching every item on the screen finding a clue, but more often than not you’ll be hitting the hint book. The hint book is a nice touch, but it does take 4 hours to use again, which might be frustrating if you’re playing through levels a second time to find the hidden items. I’ve found that stepping away from a level the second playthrough and going to another one often helps.

Other than this though, the only issue I have is that I want more levels!