Avoid Amazing Runner on everything. For a paid endless running game it’s a waste of money, honestly I wouldn’t even recommend it if it were free. I played this on the iPad, you shouldn’t.

I gave this game a really good try, spending the past week dying over and over again.

If my swipes aren’t being detected in a game controlled by swipes then the game is broken.

It’s an interesting endless runner that tries a few new things. Unfortunately since the controls just aren’t responsive it fails. Another problem I have with this game is the blatant money grab that is the upgrade gem system. If you want to buy characters, or upgrade your skills you’re going to need to pay for it with real money because earning gems in this game is pure masochism.

It has in-app purchases that don’t help make the game any more fun, they just show you what the game is all about, getting your money.

Very badly. The controls just aren’t responsive. If you are a glutton for punishment and want to try and “play” this, the only way your swipes are registered most of the time is if you make exaggerated swipes that are about 3-4 inches. Not too quickly. Too small a swipe or too fast and your character is dead. That is if it even registers at all. All of the better running games recognize the slightest flick of your thumb at the edge of the screen when playing. Why this games isn’t as responsive boggles my mind. Why apple is featuring this game is totally beyond me. For something touting “Unreal Engine” graphics they are meh at best. For a paid endless runner meh doesn’t cut it. I honestly believe the pictures they have up in the iOS app store are doctored. This game does not look that good. The visuals are kind of muddled and bland on my iPad 2. These circle swipes will kill you the most.

Take everything I said above, and factor in being a person who loves endless running games. Who is able to do at least10 minute death free runs in Temple Run, Subway Surfers, and Pitfall without dying. Then imagine buying a game that touts great gameplay and graphics and not being able to last 5 minutes because your swipes aren’t being registered. It’s beyond frustrating, it’s broken, its messed up and I am honestly upset that this publisher had the audacity to submit this app to the app store in its darn near unplayable state that it is in now.

This game is broken, over priced and doesn’t deserve to be on the app store. Avoid Amazing Runner.

There are better options for endless running games in the iOS store. Get Temple Run, Subway Surfers or Pitfall instead. If Freyr could only fix the controls on here this would be a really interesting game. As is now, Amazing Runner was obviously rushed without proper testing. Please don’t support this. 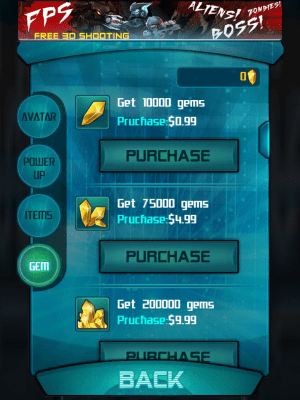