Berserk: The Golden Age Arc I 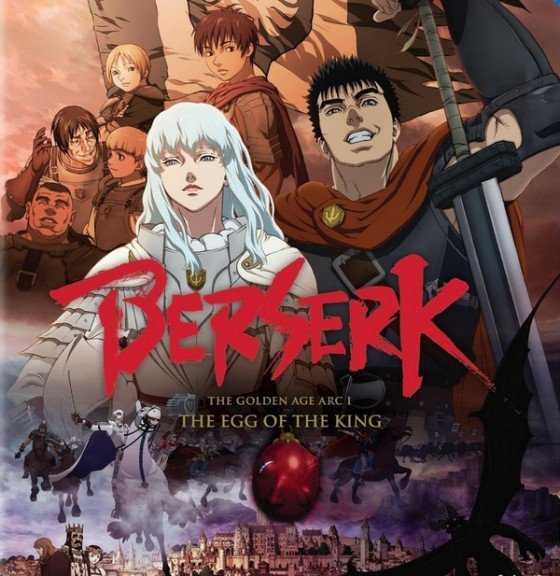 DVD is fine for this.  I watched it on Blu Ray and while nice, I didn’t think it was needed.

Berserk: The Golden Age Arc 1 – The Egg of the King Is not meant to be watched by people new to the Berserk world. This is ONLY for people who already watched the original anime & read the Manga and are willing to sit through a 77 minute montage.  Anyone else will be completely lost and find themselves totally uninterested.  This movie takes a huge story and then guts it into a short film.  Then it ends so abruptly that you are just kind of surprised its finished.  Honestly as a huge fan of the Manga, and the original series I can’t even recommend it as a trip down memory lane.  Imagine if the lord of the Rings Trilogy was squeezed into one movie and then that movie was directed by someone who didn’t care about it at all.  That’s Berserk: The Golden Age Arc 1 – The Egg of the King.  I really don’t know if I want to sit through the next few movies.  I love the universe, but this is a really bad start to what’s supposed to be an epic series.

Thankfully the English dub was good.

Even Guts knows this was just about the money.

The art is spotty from the get go.  While they try to tackle the big battles what we end up getting are solders that move unnaturally stiff.  It’s like watching bad ole Saturday morning cartoon CG.  When the battles aren’t on the art is actually pretty good, but as you start appreciating it you notice the story sucks.  It’s just rushed.  One minute they are mercenaries next, they are working for the King, next they are fighting again.  You don’t have time to actually care about anyone.  Or even understand why they climbed so high so fast.  Mostly you just can’t care.  Guts and Griffith are the main stars and while they get the most screen time they are really just wasted potential.

To make this a movie work it would have to have been rewritten from the ground up.  Maybe start off Mid way through when Guts was already a part of the Hawk and work on character and world building from there.  There is too much story to be told to try and fit it all in.  And if you aren’t going to give everyone character growth at least write in enough for the main character so I can give a damn about him.

Someone please beg Peter Jackson to do a proper set of movies in this world.  As is Toshiyuki Kubooka is really over his head and it shows.

You can rent this travesty on Amazon on Demand.