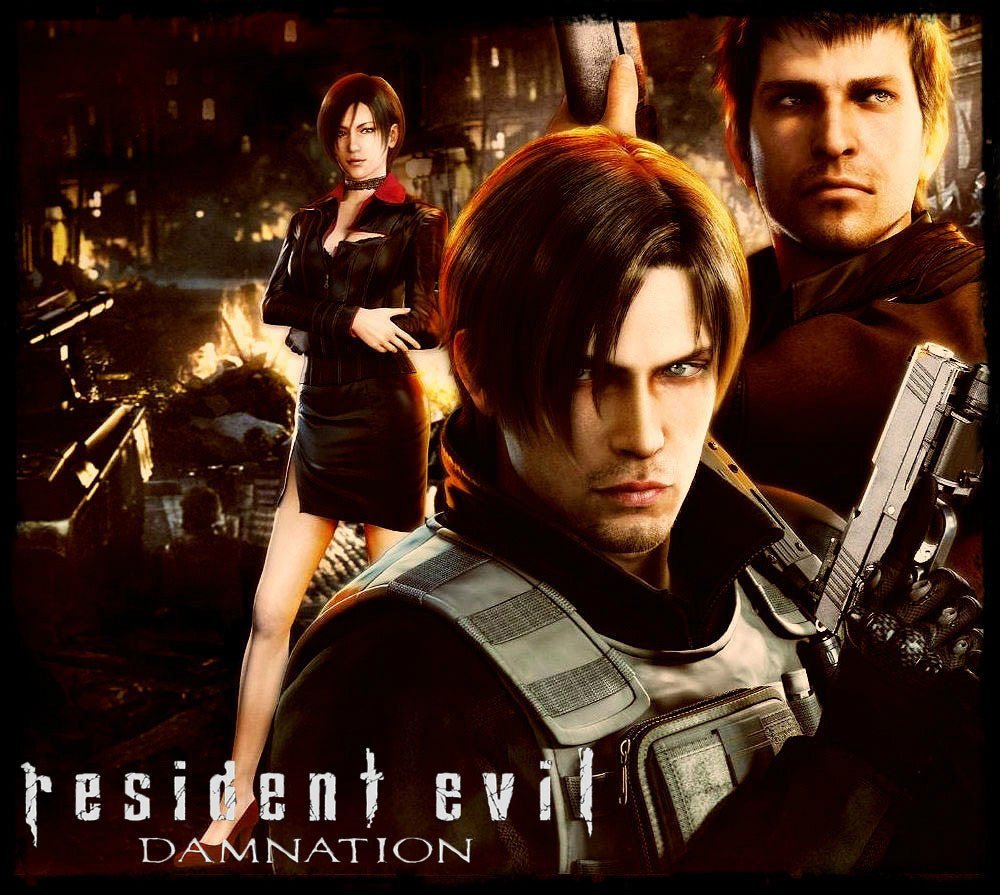 Honestly, I wouldn’t suggest watching Resident Evil: Damnation at all. But if you must, you can enjoy it on blu-ray or DVD. Honestly the CG was so meh, it doesn’t really matter if it’s in HD.

I actually really like the President Svetlana Belikova. Otherwise, the story is pretty meh. I don’t really understand why Leon helps out the rebels when, in all intents and purposes, they’re kind of the bad guy here.

The only strong character is Svetlana Belikova. You can actually understand her motivations for doing what she does. And she’s kick ass. Seriously. The CG Resident Evil: Damnation were kind stiff and the character animations were ok, with Leon being the most detailed. You do get to see the updated look for the Tyrants.

For so many reasons. I hated the JD character. I found him extremely annoying and kind of was hoping that Leon would just kill him. He can still be a good guy so long as he just kills off the annoying guy. I also don’t really understand why Leon ends up helping the rebels at the end of the day. Sure maybe Belikova is a little off kilter and her methods aren’t the best, but at least she has a plan. The rebels don’t. The CG characters were also pretty, meh. They looked okay when they weren’t talking, but the minute they did, it just didn’t look right. That and some of them just looked blocky. I mean, the quality of the CG is on the same par as Final Fantasy Spirits Within, and that was made in 2001. I get that Resident Evil: Damnation isn’t supposed to be a great movie, but come on Capcom. The acting is wooden, the CG characters look wooden. I get that the movies are more or less for Resident Evil fanboys and girls, but it could have been so much better. As it is now, it’s less than mediocre and just above horrible.

If Capcom but a little more effort into their CG movie franchise as they do their games, it could have been awesome. As is, it’s a below average movie with mediocre CG. I don’t suggest watching Resident Evil: Damnation.