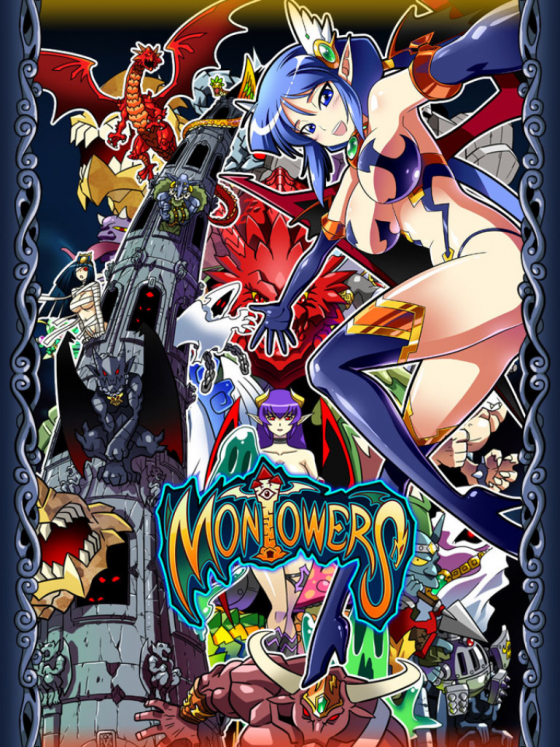 Welcome to the world of MonTowers!

You aren’t offended by ecchi drawings of mythical women. 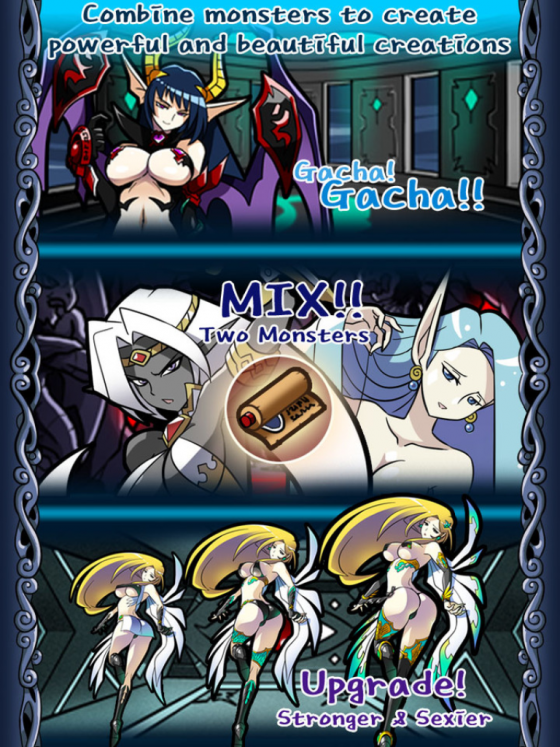 MonTowers is available on the iPad, iPod touch and the iPhone iOS 3.0 and later. You get the same great experience with all devices. As always I prefer gaming on my iPad 2.

MonTowers is an interesting Freemium monster battling/ collecting type of game. It’s Freemium, but MonTowers does give you ways to play the game without really forcing you to buy anything.  There is some time investment in getting gems that you need to summon and upgrade monsters, but they don’t take very long at all to farm. The only hindrance to the game is whenever you run out of potions.  Then you can buy some tokens with real money or you can go back to earlier levels to rebeat / farm some monsters hoping for potions and tokens to drop. If you aren’t in the mood to do that the monsters health replenishes very, very fast. That said, some of the high level baddies really require that you have potions on hand. A lot of potions on hand. 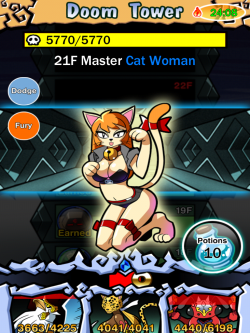 The battling mechanic in MonTowers is very simple.  Gone are stats and weaknesses and in its place is a very simple timing game.  Tap the screen at the right time and you attack first, miss and the enemy goes first. That’s it!

MonTowers is simple and linear almost to a fault.  There is no exploring here, you just go right to the next monster.  The timing game battle mechanic also makes this a very good game to play while you are doing three other things.  MonTowers isn’t resource intensive so I never had a problem playing this game with a few others at once on my iPad 2. MonTowers is just a fun game to pass the time.  The art is interesting and the music is very upbeat. 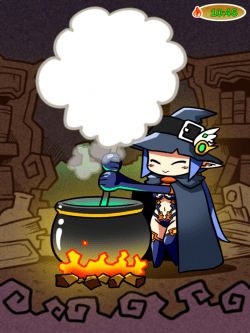 You can’t level the monsters you really like to be of any use to you for very long.  Sometimes it’s going to be at least 2-3 times per tower in the later levels that you need to swap out your team for stronger ones. So don’t get attached.

The way to get the very best monsters (Bosses & Red rares) in MonTowers isn’t by beating them over and over again, but by using randomly earned or bought game tokens in this chance lottery mode called Gacha.  Sadly, here chance isn’t really in your favor.  Sure I’ve gotten three strong monsters.  But mostly I receive monsters I earned myself in the tutorial level. This is obviously meant to make you buy a lot of token so you keep trying.

A LOT of the drawings of women monsters are very perverted.  I get the game is targeted to a specific demographic, but wow.

For a free one player collect-em all style of monster combat MonTowers has a lot to offer.  This game is best suited for the those that either like or don’t mind ecchi art, love monster battle games and just want something that’s not very complicated to pass the time.