Berzerk Ball 2 is available on the iPad, iPod touch and the iPhone iOS 3.1 and later. You get the same great experience with all devices. As always, I prefer gaming on my iPad. 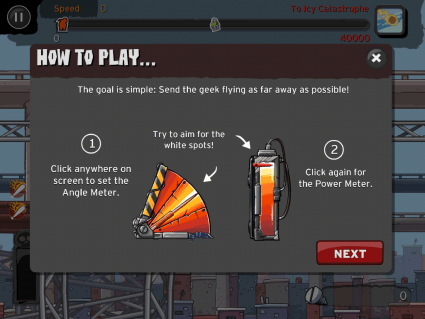 If you loved Burrito Bison you will love Berzerk Ball 2.  The gameplay is very similar, but Berzerk ball offers much more gameplay. FYI there is also a Burrito Bison inspired mini game. Once again I find myself in the middle of a Freemium game thinking that I have to buy something to support the developer. It  happened with Jane Wilde and now it has happened with Berzerk Ball 2. Not to spoil the experience, I held off until I had unlocked just about everything. Berzerk Ball 2 is a super fun time killer that starts off as a frustrating grind. As the ability to get farther in the game developed I found I just could not put the game down at all.

The point of Berzerk Ball is to hit an overweight nerd as far as possible with your every growing assortment of weird bats. But it gets better/weirder. You have skill point upgrades available that, when upgraded, give you better nerd bashing abilities. The further you slam your nerd the more you unlock content. Soon you will be unlocking mini games that add even more fun into the mix. That’s still not the end of the fun. Later on you can unlock other teammates that join you in your nerd bashing. You will be bashing nerds all the way through outer space.

Berzerk Ball 2 should be at least $2.00. It has tons and tons of content to play though, great replay and the in app purchases are so optional I worry about the developer turning a profit.  This game is great and a heck of a steal right now since its free.

For a free game you are getting an insane amount of content and value. 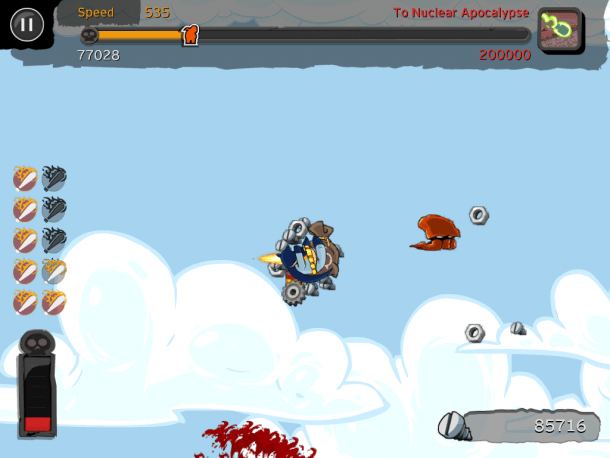 The controls are spot on.  The pacing of the game is a bit slow and harsh in the beginning, but soon enough you will be bashing fat, costumed, overweight, snarky nerds farther and farther, though didn’t beating up nerds go out of style? The art is really flat out awesome. The music is really energetic and adds to the frantic pace of the game.  The game is randomized so sometimes you will just find that you cannot progress very much, because of a lack of enemies on screen, an issue even when you max enemies out. Other times you will find yourself on a miraculous fat nerd smashing spree that will leave you breathless. Be prepared for some very short and frustrating runs earlier on though this is less of an issue when you get farther into the game and have upgraded your boosts.

There are a few bugs in the game, but nothing game breaking. It is kinda funny when my nerd turns invisible mid flight or the store items show no info. But the issues go away as fast as they pop up and at least for me just add more charm to the game. 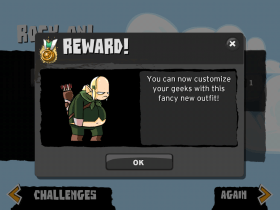 Berzerk Ball 2 is a fun, challenging and mindbogglingly addictive game packaged with several other modes to help ensure plenty of replay.  On top of all that you get to earn upgrades for your hitters and costumes for your nerds. You will love the costumes. With all the content Berzerk Ball 2 offers I have no issues at all recommending that all of you pay in. Honestly, you can beat the game without spending a dime and you are never ever pushed to spend anything. 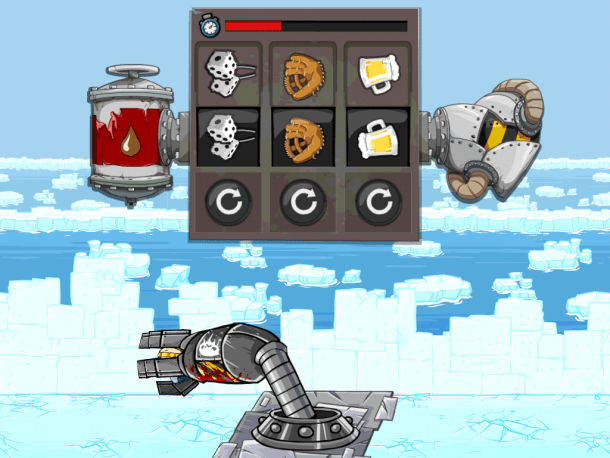 Teammate boosts add so much to the game.

Progress in the beginning is pretty slow, but besides that there isn’t much I can complain about. Occasional lag here and there and small bugs that pop up, but nothing at all game breaking.

This is another great example of what a Freemium game should be. Sure it has some bugs, but it’s fun, free and totally doable without grinding like a sucker or spending real cash. Even if Berzerk Studio decides to charge a buck or two for this game I have no problem at all wholeheartedly recommending it.