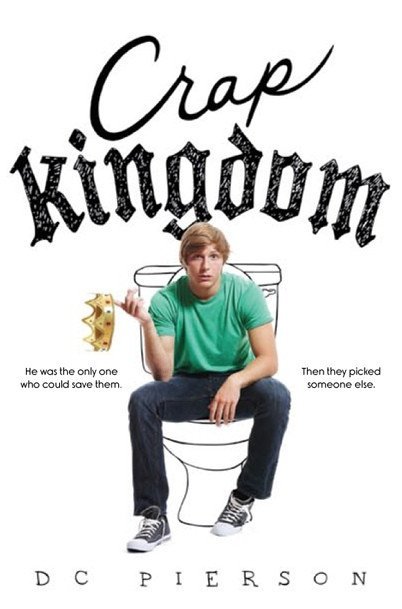 Crap Kingdom is the anti-hero’s journey fantasy story. Take one jaded teenager who wishes to live in a fantastical world and put him in a fantastical world that seems to, well, kinda suck. It’s a recipe for hilarity. There’s a lot of laughs to be had, and while the main character Tom Parking isn’t really a kid you root for, he’s completely and utterly relatable. You might come to hate him a little throughout the telling of the book, but he and the other characters are written in a masterful way that you WANT to keep reading. It doesn’t matter that you don’t particularly like Tom, the point is that you GET him.

It’s a great novel for people tired of the same old fantasy book about the Chosen One. Crap Kingdom turns that prophecy on its head at least for Tom. Of course, DC Pierson still does incorporate the hero’s journey in the book, but he spins it on its head a little bit. Then he adds a nice dash of humor and teenage angst and bam. 368 pages of hilarity. It’s a very quick read and it only took me a couple days to finish because I started it past midnight on night. The characters are all interesting and while Tom gets the most fleshing out, the other members of the cast are just as memorable. Even while there’s a lot of humor peppered throughout, there’s a good deal of tension and suspense towards climax of the story.

Nothing really. Some of the characters were a bit flat and the ending kind of came out of nowhere, but at the same time, I’m imagining that there might be another book following our misguided hero Tom.

This should be on your pre-order list, whether in physical or electronic form. This isn’t a book that’s going to change your life or make you think. It’s there for pure entertainment value. It’s an anti-fantasy fantasy novel and I can’t recommend it enough.