Avoid Destruction Highway. I played it on my iPad 2 and it was just horrible.

Destruction Highway is free, but still not worth it.

I tried. I really, really tried to play Destruction Highway. If it wasn’t because I had to write this review, I wouldn’t have given this game more than 5 minutes. It’s a broken time waster that pretty much goes on forever with no real point.  I think it was just created to show you ads on the top of the screen. It’s so broken I was shocked it was on my iPad.  This has to be one of the worst “apps” I have ever played.

The point of the game is to go straight, hit cars for points and make it to the next checkpoint. Sounds simple right?  The controls are so bad I was laughing the first minute or so I was playing it, unfortunately the next minute I was cussing. The driving mechanics are just broken. The hit detection is wonky, and out of nowhere you level up and are teleported to some other part of the road to rinse and repeat the catastrophe. 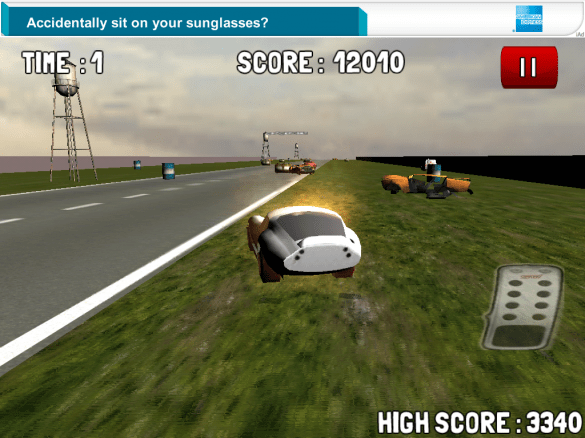 Destruction Highway had to have just been created for the ads on the top of the page. I just can’t believe some companies actually paid to have advertising on this mess.  I can’t imagine anyone took the time to test this, let alone play it…Destruction Highway is broken on pretty much every single level. You endure Destruction Highway, you don’t play it. Then you delete it, look up what else the developer has created and then avoid it to.

This is the first of two horrible games I’ve played from Mation Media. There won’t be a third. 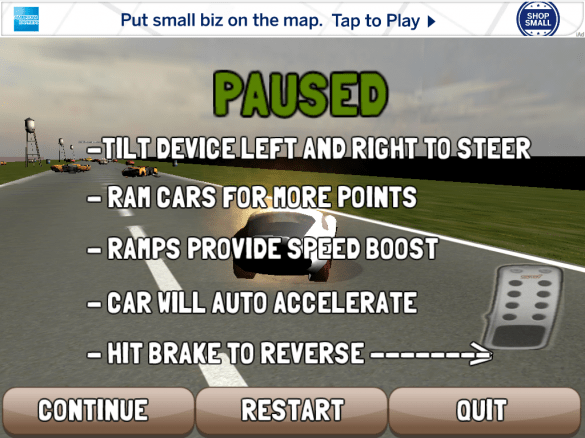