Drawing Has Never Been so Awesome: Apps for $0.99 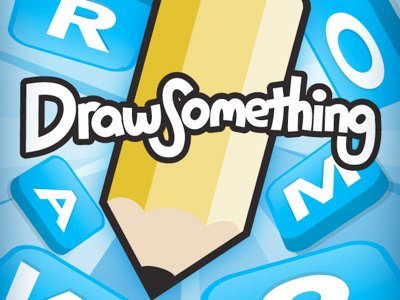 DrawSomething is the latest game from OMGPOP and is currently only $0.99! What a deal! The idea is the same as Pictionary. You receive three words to choose from, each level of difficulty will award you greater amount of coins. You can choose a friend from Facebook who has the app or you can randomly start a game with some one. You draw whatever word you chose and the other person guesses. If they guess correctly you then guess their drawing and it keeps going forever or until one of you decide to quit. In the beginning of the game you start off with 4 basic colors. You can purchase more with the in-game coins you have accumulated or, if you don’t want to wait, can pay actual money to purchase in-game credit. An expanded color palette definitely makes creating works of art easier, but at the end of the day it’s not the color that counts, but your drawing abilities.

While DrawSomething is a fun game and cheap to boot (who can argue with that $0.99 price tag), there are a couple things that could be improved.

Overall, DrawSomething is not a game that will make you realize the amazing potential the iOS has for gaming, but there’s a reason why it’s one of the top downloaded apps – it’s fun, cheap and easy. What more could you ask for?