Own a Bar, Kill Monsters in Adventure Bar Story: Apps for $0.99 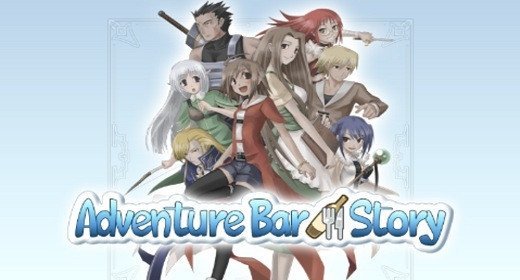 Is it Worth it?

I’m a sucker for role-playing games (RPGs). I kind of got bored with the traditional turn-based games, I found that there wasn’t too much strategy aside from kill the monsters before they kill you. Yet somehow, “Adventure Bar Story” sucked me in. It has everything to do with the cute graphics as well as the innovative gameplay. Sure, sure it’s still turn-based, but like FFXII-2, the turns are based on your characters speed/agility. So if they’ve got high agility, their turn will come up more often. What really shines here, is the interesting twist on standard RPGs. Generally, as you fight, you gain experience and level up and learn new skills. In this game, you level up by eating food. This ups your stats only. To gain new skills, you must fight in the various dungeons on the map. Each time you complete a battle (even if you decide to flee partway through) you gain different elemental points (EP) which help you gain various skills for your party members. The dungeons also provide you with various ingredients you will need to cook up different recipes. You can grind in the same dungeon for as long as you wish, but the moment you decide to leave, you can’t go back. Your only option then is to cook some dishes and but them on sale at your bar/restaurant. Once your have done that, you earn money from your sales and the next day starts. With the money you can buy new gear or ingredients in case you don’t have what you need. And so goes the story.

One of my only gripes about the game is the touch control. There are times where I’m clicking attack or just trying to get my character to walk around town and it doesn’t register. There’s also the annoying problem, as you gain more skills, of scrolling through all of them during battle. Since it is turn-based, it’s not too bad, but when you’re flicking through, the chances of clicking the wrong skill is pretty high. This issue is the same for when you’re trying to make a recipe. You start getting a LOT of ingredients as you wander through dungeons and slay various animals and it’s a huge pain to scroll through to find the ingredient you need. Sure, it might be arranged by type of ingredient (meat, vegetables, etc), but the scrolling, by god the scrolling.

The story isn’t some award-winning script, but it’s different from the normal RPG where you have to save the world from some bad guy who wants to destroy all of existence. Instead, you’re a young girl, Siela who wants to keep a restaurant mogul from repossessing her family’s restaurant. There’s no family to speak of aside from the seemingly dim-witted sister Kamerina who Siela and Fred both kind of bad mouth in the beginning of the game, in front of her. The game progresses slowly. As each day passes new places dungeons open up and you unlock new characters like the witch and the family friend/drunk. You also get to participate in a monthly cooking contest which will increase the reputation of your restaurant bringing in waaay more money. Eventually you unlock different locations which, annoyingly, count as dungeons. So if you do plan on visiting a different town, make sure you have enough ingredients to open up your shop for the day because you won’t be able to go to a dungeon later. Each new city offers new recipes, ingredients and gear so it’s definitely worth going there once or twice. Sadly, after that it’s not really worth visiting these places because they don’t really have anything for you once you’ve gotten everything you need. The very first town allows you to plant seeds, which is cool because you get a shipment of veggies in every so often. The bad part is that you can’t change out the seeds you planted so later on when you get stuff like sour seeds, you can’t plant them! Eventually a peddler appears in your town twice a month selling goods from different towns, so you really don’t need to travel to these other places. It’s a shame, because the game could have offered more incentives, like ingredients are different prices in each city. There’s also the issue that some of the recipes don’t make sense. So, I can’t put bread in an oven and make toast?

Overall, the game has at least 40+ hours of gameplay and some fun elements to the story. The game encourages you to explore the different cities to find hidden paths or recipes and you can spend hours putting together all the recipes and recipe combinations. It’s definitely worth the $0.99 price tag.