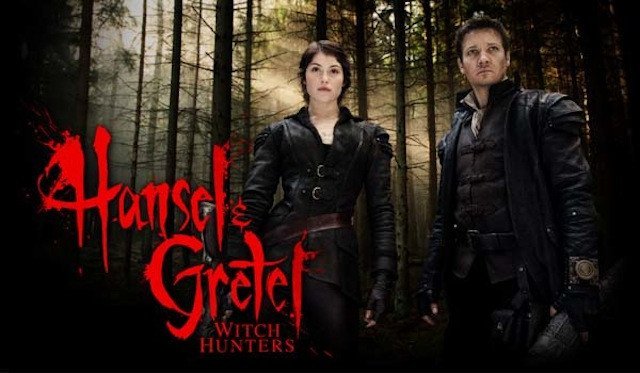 Yes. Hansel and Gretel is a fun action movie.

With all the action and special effects, Hansel and Gretel is best viewed on Blu-Ray.

I honestly wasn’t really expecting that much from the movie except for some good action and that’s what I got. The movie has an interesting premise but within the time frame, it just doesn’t really flesh out any of the characters. This probably would have benefited from being a TV series or even a mini-series. Don’t go into this movie expecting anything groundbreaking because you’ll be disappointed. If you go into this for some fast-paced action and ruthlessness, you will be rewarded.

Hansel and Gretel offers an interesting premise for a movie and heroes who have no issues killing the bad guys. Sure these bad guys might be witches and therefore “not human” but just some of the ways that Hansel and Gretel go about whacking these ladies is brutal and yet somehow satisfying. The whole movie seems very tongue-in-cheek and it doesn’t take itself seriously, which is good. This allows for the movie to be over-the-top in terms of gore without ever getting too nasty. Think Kill Bill fight scenes where excessive amounts of blood just spurt everywhere. I’m also a big fan of the steampunk costume design and weapons. The movie is also short, which helps keep the plot moving at a nice pace. Aside from this the main actors seem to be having fun in their roles, and why not? It’s a fun movie to watch and I can only imagine it was fun to make. Also, I have to say that I love the fact that Jeremy Renner’s character actually has a medical condition thanks to his imprisonment at the Gingerbread House as a child.

Aside from the ridiculous action, the actual story falls flat. Its predictable, which is fine, but falls back on tired cliches. Gretel gets captured and needs saving, there’s a forced romance and the bad guys get it in the end. Unfortunately, there’s zero character development, even the main characters are one-dimensional. You kind of wish that they were fleshed out a bit more so that you could actually care about them. And then of course there are those moments in the movie that will leave you shaking your head because the character’s actions just don’t make any sense.

Don’t rent Hansel and Gretel if you’re looking for an oscar-worthy movie. If you just want to shut off your brain and watch some fun action, it’s enjoyable.