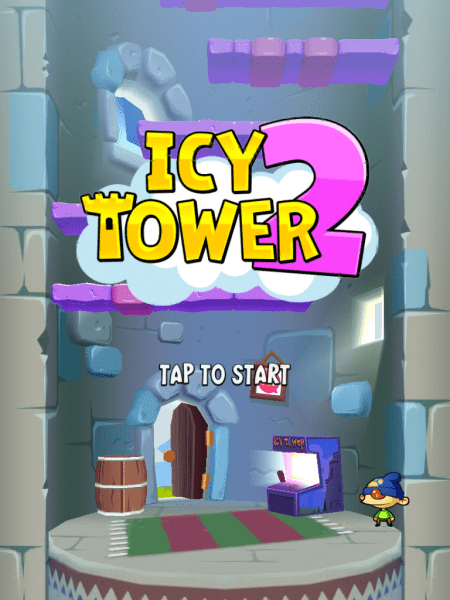 Avoid Icy Tower 2. I played it on my iPad and the controls weren’t good enough to keep playing it.  If you are lucky enough to get past floor 200 it crashes sometimes…. Hopefully an update can help this, but as of right now I can’t recommend it at all. 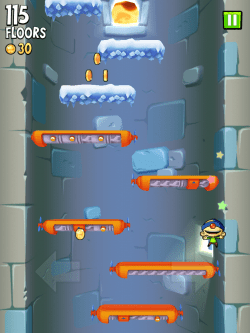 It is a jumping game that goes from cute to frustrating to deleted in under ten minutes.  The two control options just don’t work right.  The tap and tap harder fails to register taps and tilt to jump option is even more frustrating.

It has in-app purchases that come with the now infamous coin doubler option. Thankfully this is a free game so it doesn’t feel like a big rip off.  But honestly the $1.99 it asks for a game that is so obviously broken doesn’t makes sense.  Even if the game was working as intended I wouldn’t see paying more than .99 cents for the coin doubler.

How does it play & why it fails:

Very badly. But It can be fixed!  For the touch controls all that needs to be added is two more buttons for stronger left and right jumps.  Then give them some color so they are easier to see on screen.  A touch & tilt option would definitely be another fun addition.

Really bad controls, random crashes, and In app purchases in a game that doesn’t deserve to have them.  The game looks good. The upgradable boosts you can get look really good and are fun to use. The sound and music are nice, and the hats you can buy are another awesome touch. Sadly none of that matters because it plays horribly. It should work , but it doesn’t and it’s frustrating because I see the potential here. It feels like this game was rushed out too fast without proper testing.

There are better options for jumping games in the iOS store. Get British Bob instead.