Indiana Stone: The Brave and the Boulder 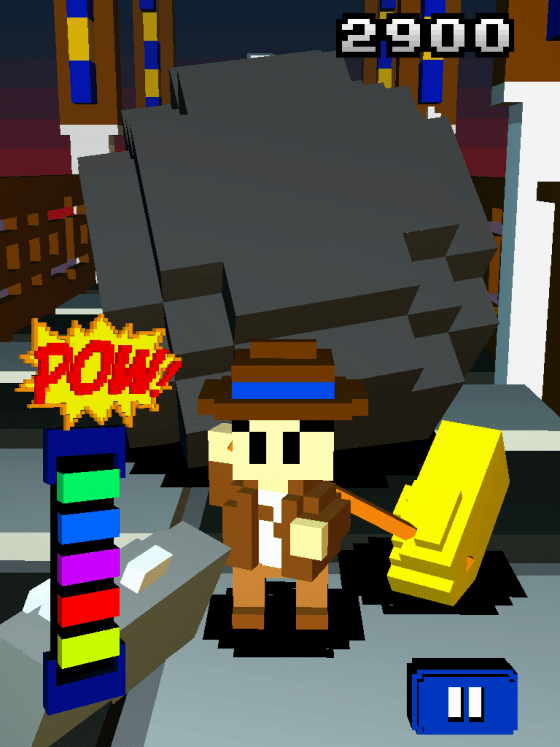 Indiana Stone: The Brave and the Boulder is a universal app for iOS 4.3 or later. Honestly, I can’t imagine wanting to play this on a smaller screen than an iPad.  It really just works so perfectly on the big screen I haven’t bothered to install it on my phone.

Is it too early to say game of the year? 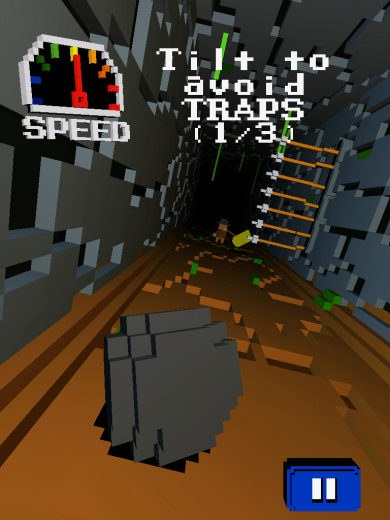 This is the most fun I have had on my iPad in a good while.  The gameplay is super fun.  The story is awesome and hokey and the graphics are 8 bit perfect.  I have no problems with this game at all.  It is PERFECT.  There are no glitches, crashes, cheap deaths, or running out of things to do.  This game was released just right.

Indiana Stone takes the idea of an endless runner and puts you in the role of the big bad chaser.  You play the boulder as you chase down that pesky adventurer and travel the world (Levels)to retrieve your lost idol.  This game is a straight up parody of Indiana Jones and revels in it.  After you beat the game you unlock the endless mode in case you want some endless running fun.  Trust me, you want the endless running fun here. Nothing here feels like a cheap rehash of any other game.

As a matter a fact I’m just gonna say it:

Indiana Stone: The Brave and the Boulder has just Dethroned Temple Run as the best Endless Runner out there.  Yep.  Said it.  Meant it.  Now go buy it.

Seriously perfect.  The tilt controls are perfectly responsive.  And if they aren’t for you, don’t worry because you can adjust the sensitivity.  The graphics are flawless.  There’s plenty of madness going on, but you can always see what is ahead and there is never any lag.  The tutorial is perfect.  The Challenge modes offer up extra play time but also help you learn how to be even more awesome at the game.  Twinsky Games just did everything right.  Most importantly they did it at launch. 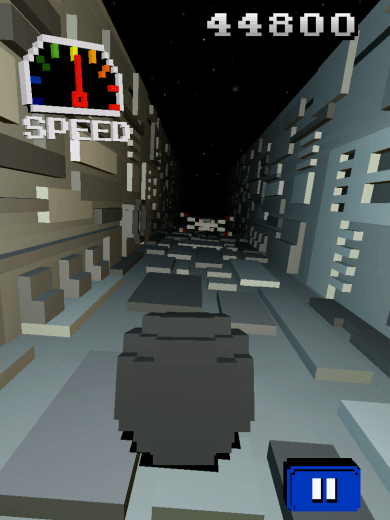 Indiana Stone is the complete running game experience.  Twinsky Games managed to do this without in game currency or in app purchases. The fact that this game is so perfect at version 1.0 gives me faith in the world of video gaming.

Take everything I said above and then think about all the unlockable goodies that this game has to offer.  If you’re a completist you will be on this game for a while.  When you discover the hidden level, you will not be able to stop laughing or get that stupid grin off your face.  Twinsky Games has an awesome sense of humor and an amazing amount of talent. As long as they don’t get bought out by EA I expect a lot more greatness from them.  Seriously, you guys just set the bar.