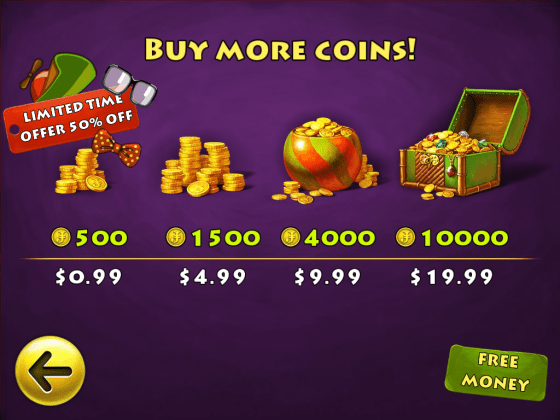 This is the real point of Jumpster.

Avoid Jumpster. I played it on my iPad 2 and it wasn’t worth my time. It’s definitely not worth your’s. 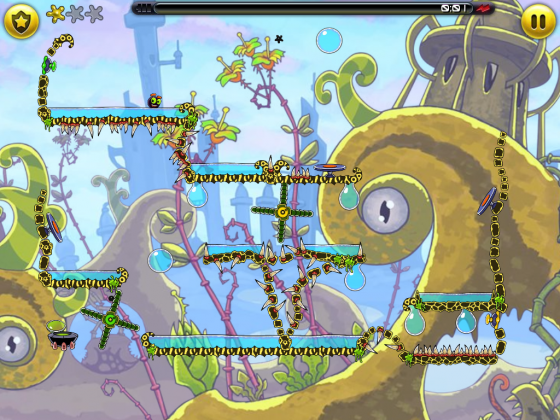 Jumpster is out of energy 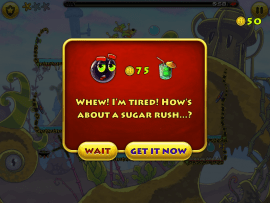 Jumpster would have been a great puzzle game if the developer didn’t take the idea of Freemium for all it’s worth.  Anything that you do in Jumpster will result in a pop up promoting the in-app purchases. “Finished a level? Congrats buy stuff! Got an achievement, it gives you money so you can buy stuff.”

Then there is the energy bar that depletes quickly.  You’ll have to put this game down often to refill your energy bar. The worst part? Refilling your energy bar can take at least an hour. This wouldn’t be so bad if the game’s launching mechanics weren’t broken.  But they are.  Really badly.  So you will end up wasting most of your energy because the game mechanics are unpredictable and broken.

Avoid this.  It’s free but not worth it at all.

Jumpster’s launching mechanic is woefully inaccurate.  Combined with the fact that you are limited to fast draining energy, and you’re in for a frustrating time.  I get the feeling it was designed badly on purpose to get you to buy energy with real money.  Jumpster looks great, the music is nice and the levels are designed to be interesting and make you think.  Unfortunately, there are too many cons attached to this game and seemingly by design.

Jumpter is freemium gone mad.  This could have been a great game.  You see the potential there, and that’s what makes Jumpster so frustrating.  I want to like this game, but there isn’t even the option for real permanent upgrades to make the game playable.  It’s a pay-as-you-go fail job that should be avoided at all costs.