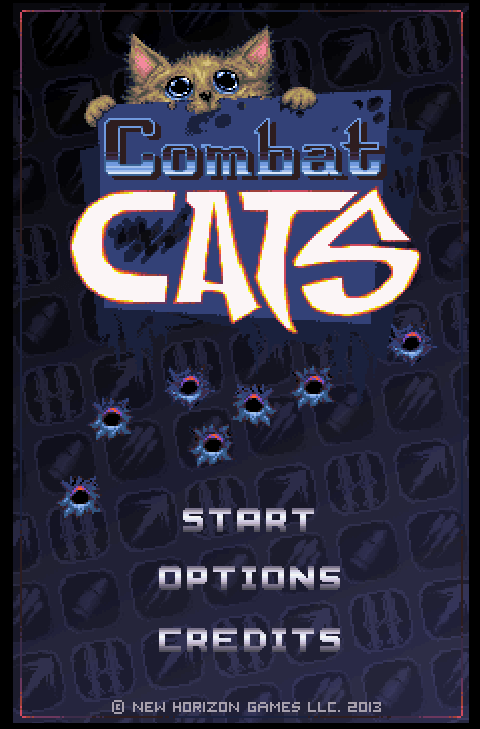 While looking for new talent to support on Kickstarter I came across an interesting game that takes a lot of good ideas and hopefully makes them work. One game that caught my eye was Combat Cats: Bejeweled style gameplay mixed with flying cats, boss fights, upgrades, and best of all quirky unlockable vehicles. If Combat Cats makes enough money there will even be multiplayer! So that’s why we are here today. If Combat  Cats gets funded it gets a cool retro soundtrack and gets ported to the iOS. I emailed the Combat Cats creator and told him I pledged  and supported his dream and he agreed to answer a few questions. 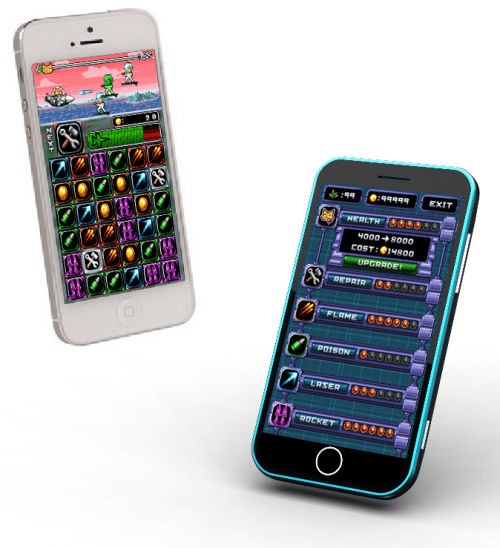 I’ve been doing freelance art work for other companies games for almost a decade..But none of the games were really being seen or talked about. So I recently decided to just try and make my own.

Try really hard to make yourself different. Right now there are so many people making games, it’s harder than ever to get noticed for being unique.

Did you go to school for game design?

I did not go to school for game design. I couldn’t afford school, so I joined the Marines lol..

How do you feel about the recent popularity and proliferation of schools for game development?

I don’t know much about schools of game design. But I think if you put practice anything long enough you don’t need to pay butt loads of money to go to school.

I draw inspiration from all kinds of stuff when thinking of an idea for a game. For instance Combat Cats was created because of my pet orange cat named “Bo”.

Can you tell us a bit about Combat Cats and its creation? How long did it take, thought process behind it, funny stories, etc.?

Combat cats has been in development for about 2 – 3 months now, so not very long… but it’s a fairly easy game for me and Chris to put together with our experience. — Funny story? I adopted a new kitten from the pound a few days after I launched this Kickstarter. She has tapeworms right now. So we’re going to the vet in the morning. 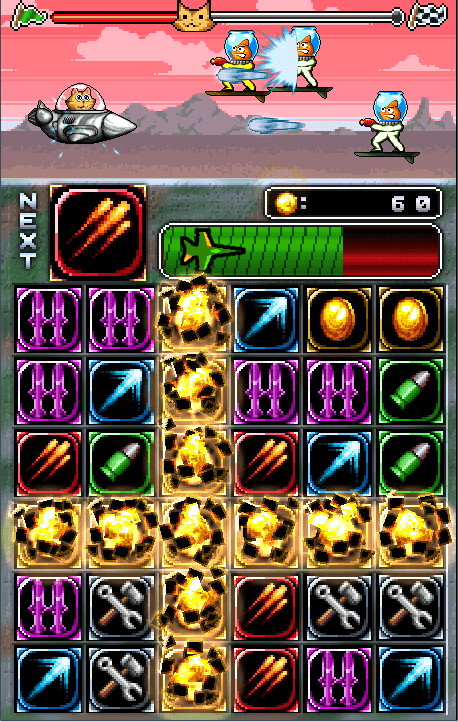 What is the most challenging part of making Combat Cats?

Combat Cats hasn’t really been too challenging for us honestly.

I love watching people play any game I’ve worked on. It’s what drives me to continue doing this. I want people to have fun.

How do you feel about the digital distribution stores such as Steam and iOS App Store?

I love digital distribution, without it indie guys would never have a chance. (Although I wish steam would start a mobile gaming section of Greenlight.)

Any thoughts on the evolution of tablet/ phone gaming and its effects on the larger game industry?

I think phones/tablets will always be for casual gamers. The future of gaming is Oculus Rift, without a shadow of a doubt.

What are your thoughts on the next gen consoles and what they mean for the gaming and media entertainment as a whole? Which one are you most excited about? What are your concerns?

I think consoles are just overpriced computers, but if I had to choose one..PS4 is a no brainer.

What was the first app you can remember playing that just wowed you?

In app purchases are there for people who want to advance faster than normal. I see nothing wrong with it as long as it doesn’t hurt players who like to play for free. 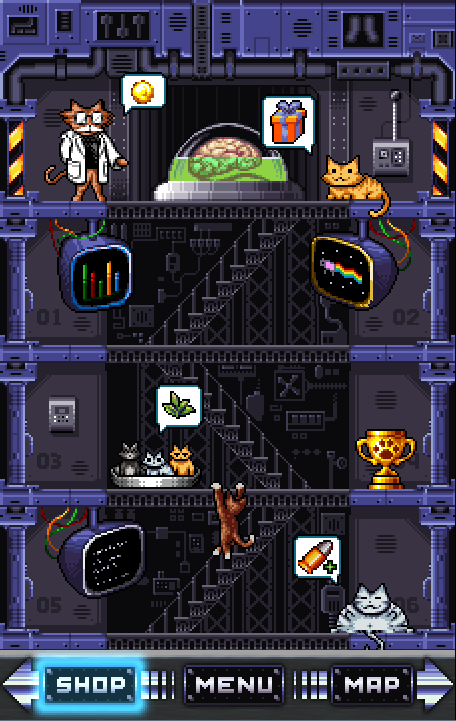 What else do you play/ do for fun when not making a game?

I don’t really have a life outside of this. I’m a professional tattoo artist though, so that’s something that I enjoy doing outside of game making.

What video game companies do you look to as an example?

I’ve been working on a side project for years, I think this game will be my masterpiece. We got a long way to go though.

Sadly when I work I don’t eat or drink..It’s a bad habit, I’ll go 10+ hours sometimes without ever leaving my chair.

What gadgets can’t you live without?

I need my computer to continue breathing.

Expect an amazingly awesome FREE multiplayer game coming out in the next year, for phones/pc/mac/linux — hopefully consoles.

What are your thoughts on the Kickstarter process so far?

Kickstarter is a lot harder than it looks..and stressful.