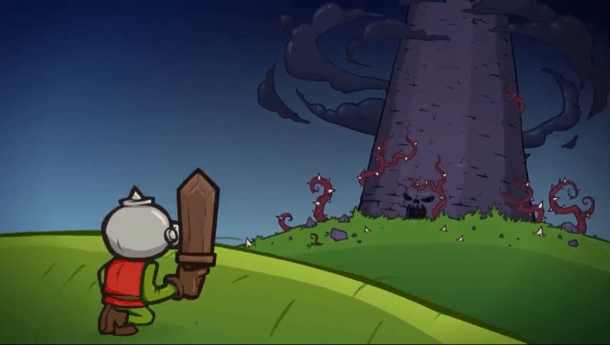 Knightmare Tower plays perfectly on the iPad, iPod touch and the iPhone iOS 4.3 and later. You get the same great experience with all devices. As always I prefer gaming on my iPad 2. 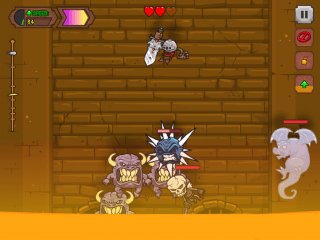 The most addicting game so far this year.

Knightmare Tower is sort of a vertical version of Burrito Bison.  Thankfully it’s made by the fine folks who first brought us Burrito Bison so we can rest assured they have the formula down. This game is great. I have to say it’s even more addictive than their last outing. Here you play a Knight who decides to rescue 10 kidnapped princesses from a tower. You strap yourself to a rocket and fly up to rescue them. Along the way you use your fallen enemies to propel yourself higher and higher. Thanks to the fast gameplay and an epic soundtrack the game never gets boring. You are constantly progressing and earning money to upgrade yourself to go higher and higher. Eventually you will face the Big Bad Boss. With him comes an epic fight that darn near borders on cheaply difficult. Thankfully, it’s doable.  Once you beat the main story you get to unlock the endless mode, which brings even more chaos.

I have to say I find the iOS version even more addicting than the free flash version. There’s something about controlling the game with tilt controls and tap to dash that just makes it work better. It just feels more intuitive than the PC version.

For $2.99 you get one of the most addicting games ever made right in the palm of your hands. It’s amazing and you need to own it. It is that good. 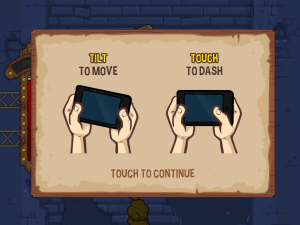 Controlling Knightmare Tower is intuitive and perfect. Character animations are crisp and fluid and the reaction time is spot on. I love the character progression through upgrades you earn with in-game currency. The best part is there are NO IN-APP PURCHASES!!! This game took me about three hours to beat the main campaign. I’m still working on the endless mode.

The endless mode is not more of the same. You will earn tons of money to finish maxing your character out. There is epic fan service waiting for you when you max out your potions. Just to be clear, endless mode is not easy. Enemies start out tougher than the ones you just faced and the farther you get the harder you have to work… It’s awesome!!! 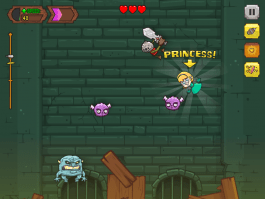 The only issue I have faced with the game is the repeated need to restart the device. Knightmare Tower seems to eat a lot of system memory on my iPad 2. After around 15 minutes to a half an hour  of playing, I notice the game starts to stutter. The longer you play it  the worse it gets. I noticed it works fine if you just take a quick break and force close the program. Sometimes I restart my device just to make sure nothing else is running and it’s smooth sailing for a little while. I know it sounds bad, but there is a ton of action that happens in game and it’s totally worth it. I let the developers know so I am sure they will work the kinks out of it soon. Even with that I have no problems wholeheartedly recommending that you and everyone you know get Knightmare Tower. Knightmare Tower is just insanely fun and needs to be on your iOS devices.

Once again I am just shocked at how well everything is put together as I review this game. The art is just great. The animation for the intro and ending is nice and funny. Best of all the music and sound effects really just pull you into it. The frantic action, the intuitive gameplay makes the game practically perfect. Juicy Beast did the right thing in taking their sweet time porting this amazing game to the iPad. As a flash game Knightmare Tower has already achieved major success since being released in 2012.  You can also play this on the OUYA if you want to enjoy the addictive action on a larger screen. 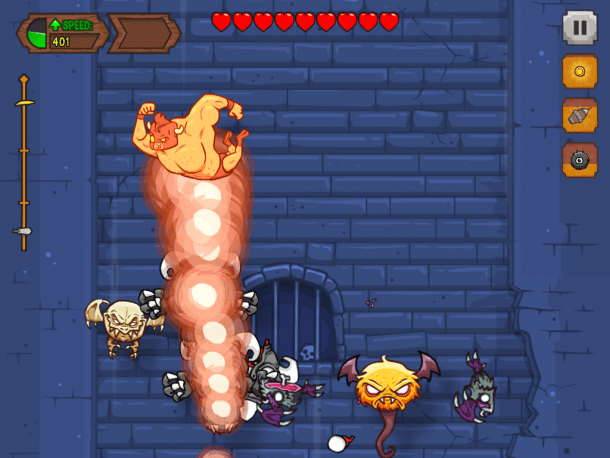 So Epic… So very epic and right.

I really think this port is superior than the original flash game. It just works better and is way harder to put down. I’m just as addicted to it on my iPhone as I am playing it on my iPad. Knightmare Tower will definitely make waiting around for late friends much easier.

The lag problem needs fixing. Like I said before I did make sure Juicy Beast was aware of the problem so I am sure they are working on a fix now.  Besides that I really don’t have any complaints.

New Pigeon Tower expansion please!!!  After beating the game I just gotta know what other craziness that second tower has in store for me. Please Juicy Beast give us a game update later on that gives us the ability to do a whole new tower adventure! 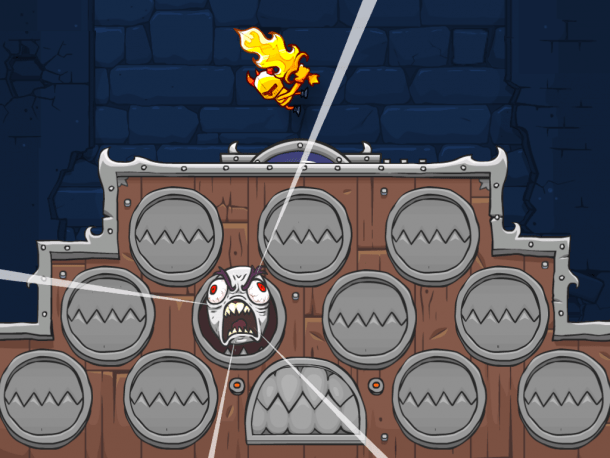