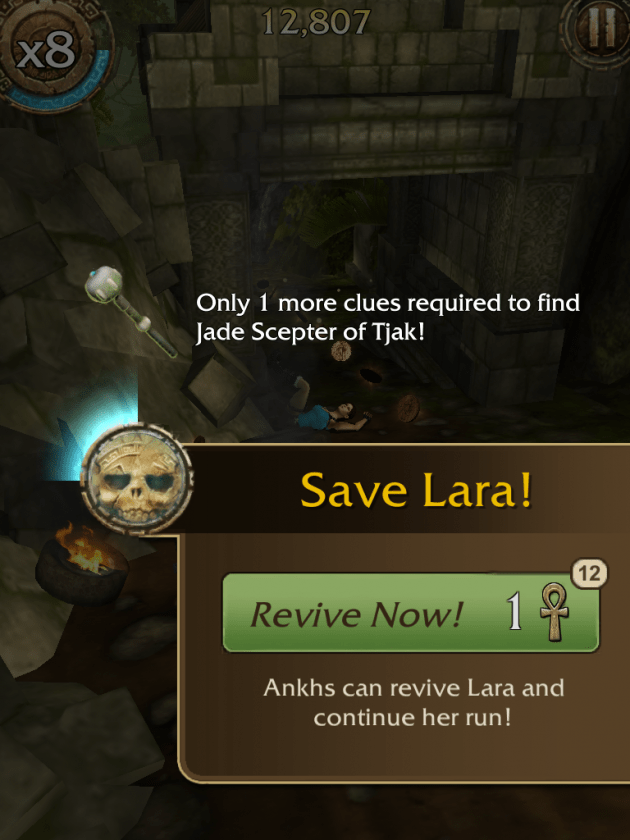 Get used to this screen

Is Lara Croft: Relic Run worth your time?

What should I play Lara Croft: Relic Run on? 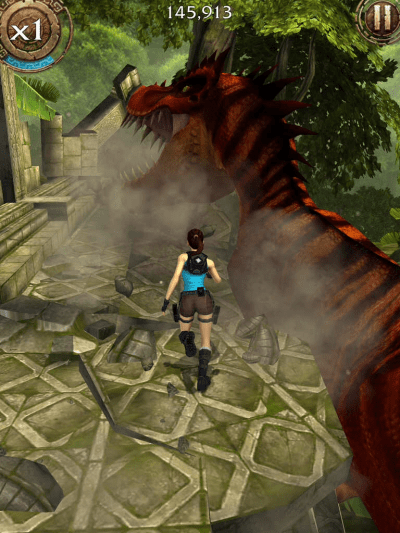 I’d stick to large phone screens and tablets for this.  There is a lot that gets in your way so seeing the path on a tablet is hard enough. I cant image playing this on a smaller device.

This is just a bad clone of the Temple Run games. .

When it was first released it was unplayable because of game breaking lag. That was the first bad sign. It was updated today and after “playing” this for a half hour I am about to delete it. This is sad/bad because I absolutely normally love 3d endless runners. It just goes to show how bad this game is.

The worst part is seeing the expensive items being offered to you for you to buy after random lag deaths or cheap death. No. A bullet proof vest can’t help me with this. Two more months of bug and gameplay testing is what’s needed. This running game was rushed.
Avoid this…