Love You You Review 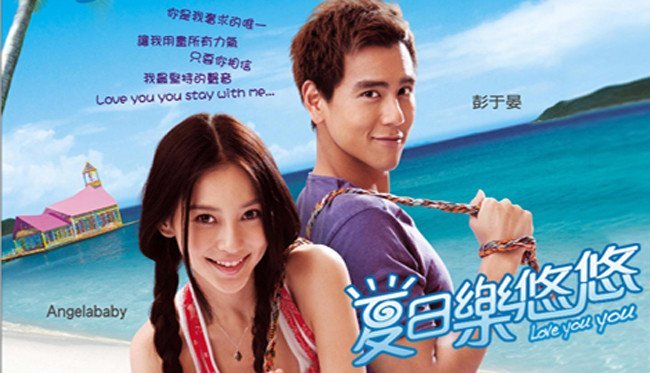 Meh. It was okay. But I can’t wholeheartedly recommend it.

You get the same experience on DVD or Blu-ray. Since Love You You is free on Amazon Prime streaming, you don’t really need to worry about buying the movie.

I mean, of all the Asian romantic comedies I’ve seen on Amazon Prime, this was probably the only one that fit the bill. It’s painfully obvious what’s going to happen though there are a few twists throughout to keep you semi-interested. I wasn’t enamored with the movie, but with so many bad Asian romantic comedies out there, this one was at least enjoyable.

Love You You was one of the few romantic comedies that actually understood the term romance and comedy. This isn’t to say there isn’t a little drama going on and some parts that had me scratching my head. You Lele, played by Eddie Peng, is kind of a jerk. I will never understand why the women in these movies put up with all of the BS. Either way, it’s a little painful seeing her fall for the guy, but again, it’s not unexpected. Their little romance is also kind of cute in its own way. They’re like elementary school kids who like each other. The acting is not bad. Angelababy, yes I know what a name, plays the part of innocent yet strong, independent female well. It’s a fun and cute story that doesn’t have a lot of substance, but hey, it’s a rom-com.

There’s just so many flaws in the storytelling. One part, Angelababy’s employer shows up and speaks with her in front of the guy she’s investigating. Later on he’s like “Oh I won’t blow your cover.” NEWS FLASH: You already blew her cover. And then there’s the whole cooking background with Lele that when he makes his decision just doesn’t make any sense. I don’t mind mindless fluff, I mean that’s why I watched this movie to begin with. Just don’t have really obvious plot holes.

Overall, Love You You is not a bad movie, but it’s not a great one either. It’s okay. There are better romantic comedies out there, just maybe not of the Asian variety on Amazon Prime.