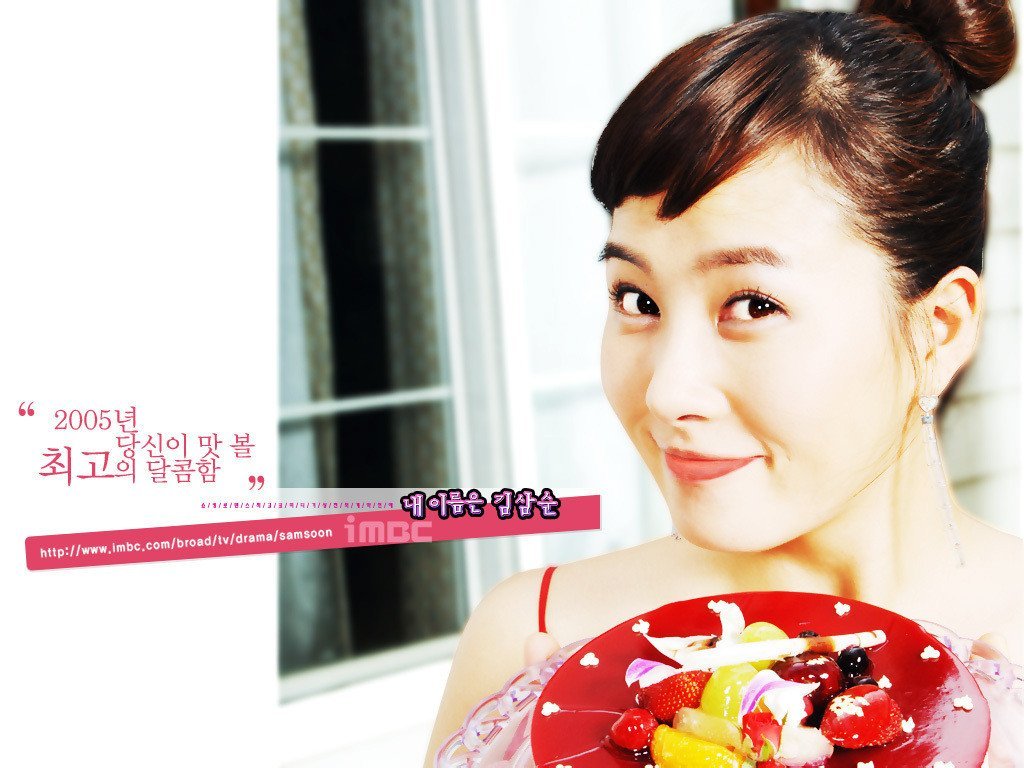 No. There are some good parts in My Lovely Sam-Soon but the main love story just doesn’t work.

There are no fancy cinematics or even nice scenery here so you won’t be missing much if you watch My Lovely Sam-Soon  in standard definition.

Koreans have no idea how to create a realistic romance. Or maybe that’s just my Western culture speaking. I really, really disliked the main love interest. He was just so controlling, selfish and well, just a man-child. If we take the love story out of the equation though, the rest of the series was actually enjoyable. I enjoyed the fact that Sam-Soon actually spoke her mind and wasn’t really a pushover, for the most part. In fact, all of the interactions and relationships between the rest of the cast was, for the most part, believable. I really wanted to like this series, but just couldn’t get over how much I disliked the main love interest.

There’s a lot of potential in My Lovely Sam-Soon and I do actually like the titular character Sam-Soon for the most part. She speaks her mind and calls people out on their behavior and actions without being snarky or mean about it. Even when she is mean, the other person often deserves the treatment. I also really like the relationship between Sam-Soon and her sister. While they may be at odds, the older sister generally cares about Sam-Soon and has no issue standing up for her sister and helping her pursue her dreams. The other romances in the series are far more understandable to me than the main one. I can really see how much Jin-Heon (the leading male actor) cares for his childhood love interest Hee-Jin and how despite his anger he still loves her.

Aside from this, there’s also a good dose of humor sprinkled throughout the series, which helps lighten some pretty serious moods.

I HATED Jin-Heon as a character. I didn’t understand the attraction between Sam-Soon and Jin-Heon at all. Sure, I guess he has a pretty face and there were some moments of kindness, but they were few and far between. Not only that but he was a completely self-absorbed, selfish child. Every time he was on screen I would get annoyed because there just weren’t enough sweet moments on-screen between him and Sam-Soon. Not only were they not sweet together, he would go so far as to continually insult and berate Sam-Soon. This made the main romantic conflict in the series completely unrealistic. Jin-Heon didn’t seem to grow up AT ALL and I’m left wondering if the way he treats Sam-Soon is indicative of the way all Asian men treat women. I mean, this show received a lot of awards in Korea including best couple. Is the way he treats Sam-Soon acceptable? For a lot of people in America, I’m pretty sure not really. Of course, we all meet and date jerks at some point in our lives, but after dating a similar kind of jerk, you would hope that the next person you meet is better. Not so with Sam-Soon. She leaves one cheating jerk to go to a verbally abusive jerk. NOT OKAY.

While I did sit through the whole series, I did it mainly out of obligation so that I could review it. The show would have been much better without the forced romance between Sam-Soon and Jin-Heon. In fact, the rest of the series was overall enjoyable with the exception of some other lapses of reality. I don’t think I would have minded Jin-Heon as much if he actually grew up throughout the series but he doesn’t change. From the beginning to the end, he remains a spoiled child. And let me tell you, the ending was really disappointing. Come on Korea, you don’t need to force the romance, it almost would have been better if they never got together at all.

Read the rest of our movie/tv reviews.