Oz The Great and Powerful Review 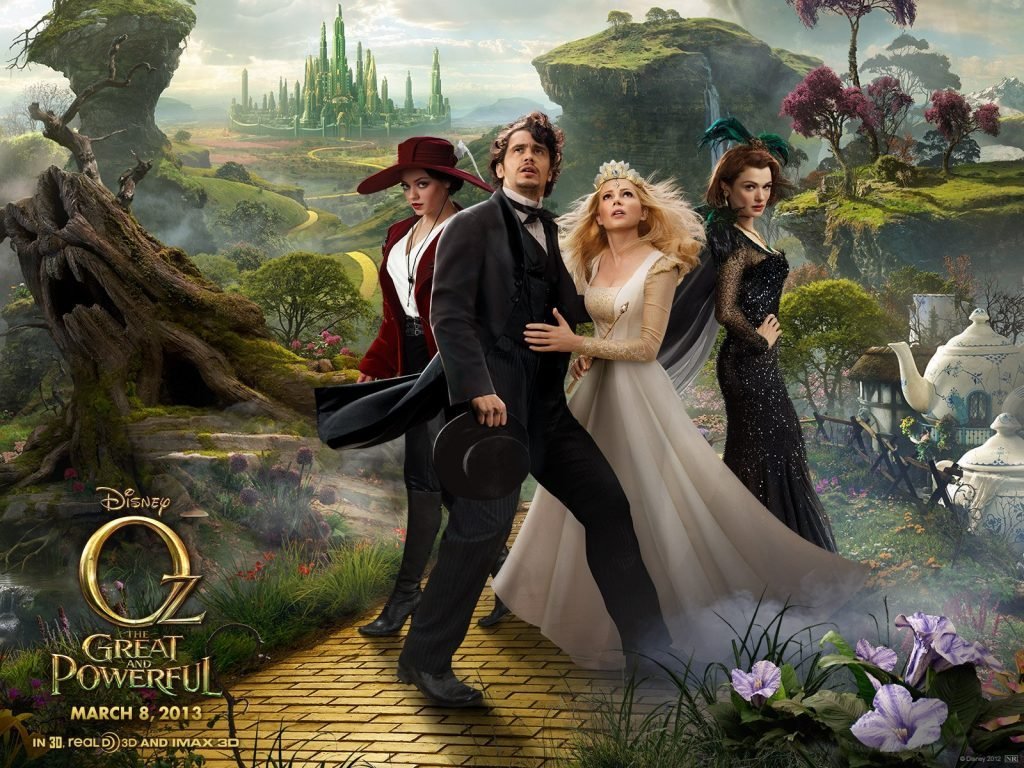 Yes. Oz the Great and Powerful is not a direct prequel to the 1939 movie. Instead it is a reimagining of the world.

The gorgeous scenery and special effects deserve viewing on Blu-Ray.

Oz the Great and Powerful is a fun family flick that will capture both adults and children. For children who never saw the original Wizard of Oz, this might be an excellent introduction. There are some “scary” parts so it might not be great to watch with the younger kids. Overall though, it’s an excellent movie that humanizes the big baddies from the original film and really gives you a better look at the amazing and colorful land of Oz.

Even if you’ve already seen the original movie, Oz the Great and Powerful still draws you in. There are plenty of nods, of course, to familiar sites like the Yellow Brick Road, the cowardly lion, the scarecrow, etc. It’s the same world, and yet somehow completely different. The transition from the black-and-white world and the colorful Oz is even more dramatic thanks, in part, to technology. The colors are brighter, the world is full of intriguing creatures and people. There is an abundance of danger and adventure that will keep you on the edge of your seat. True, you know how the movie has to end, but the journey is a lot of fun. I enjoyed James Franco’s performance as Oscar Diggs, the slick con-artist with a heart of gold. Rachel Weisz also seems to be having a lot of fun playing up the evil Evanora. The other actors are a bit spotty at points, but that may have just been due to the script. There’s a lot going on here and the tone of the movie switches between light and over-theatrical to dark and grounded. You’re also never quite sure how to feel about Oz because, well, he is kind of seedy and it’s kind of refreshing having a main character who isn’t completely good.

I kind of feel like Theodora got the short end of the stick here. She could have been so much more and her character progression could have been much more interesting. Instead we get a dramatic change from the first half of the movie to the last half. It felt kind of rushed and honestly the poor girl just used by everyone in the movie, it seems, for their own benefit. It’s not until the end that she actually takes off on her own. I liked Mila Kunis’ portrayal, but it just felt like something was missing. A depth of character that the director and screenwriter glossed over. It’s too simple to change someone bad against their will, it’s more interesting for the character to slowly become evil and it also still makes them relatable. Then there’s the relationship between Glinda and Oz that, while expected, is also kind of rushed I felt like. No one HAS to end up with anyone at the end of this movie, especially since they’re planning a sequel. The romance and plunge into darkness could have been handled better.

Aside from that, I feel like the creators of this movie focused a bit too much on the CGI and obvious 3D moments. It takes away from the film.

Despite some plot holes and a rushed plot point, I generally enjoyed Oz the Great and Powerful and am looking forward to future installments of the world of Oz from Disney.