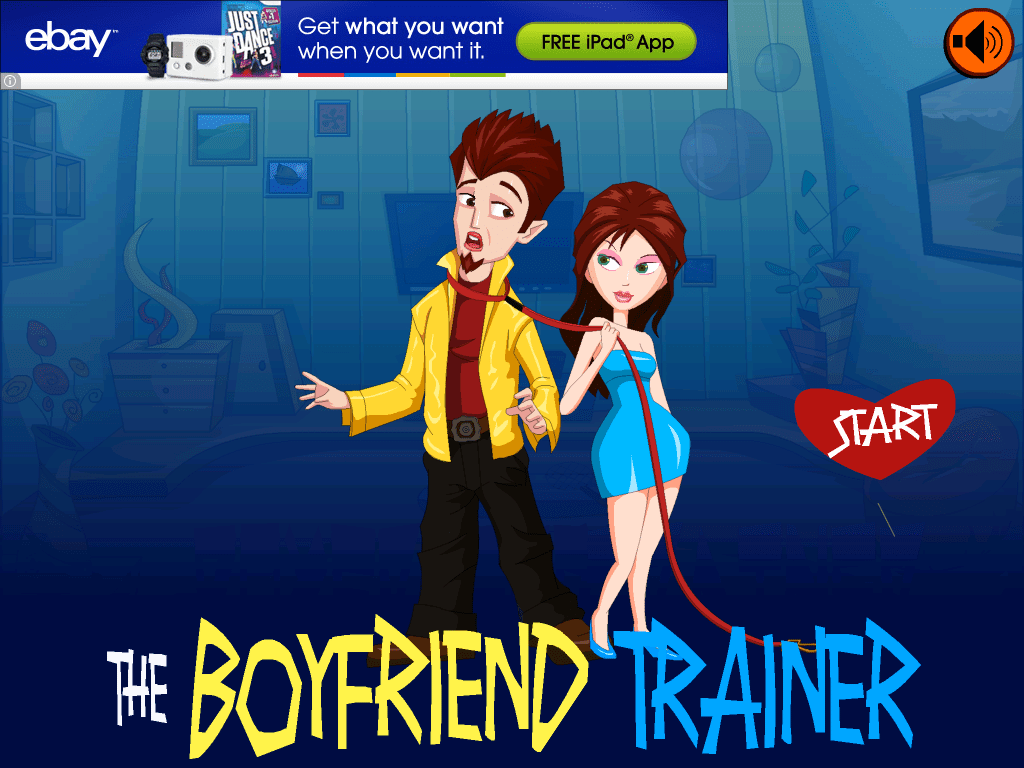 Doesn’t really matter. The game is pretty basic and there are no impressive graphics or small details that you need to care about. I played this on the iPad 2.

While I got a couple laughs off the game it is incredibly short and…kind of ridiculous. There’s no way that the genders in this game could have been reversed without some kind of uproar from the feminist community. 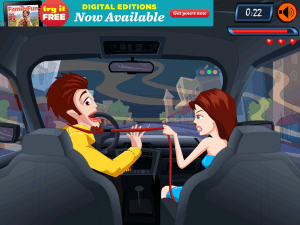 Nothing says ‘I Love You’ like a choke collar

Boyfriend Training is pretty basic. It’s a simple one-touch game. When you see your boyfriend doing something you don’t like, you tap on him. And that’s pretty much it. You have to make sure that you tap him soon after he makes a mistake, otherwise he’ll get upset and you’ll lose a heart. You have three hearts and if you lose all three its game over. Each level is timed and you need to fill up the meter in order to progress to the next level. At the beginning of each level the game tells you how you need “train” your boyfriend. Just follow the instructions and you’ll breeze by each one pretty easily. There’s not really a whole lot else here. As you can see from the screenshot to the right, the training method is pretty…extreme might be the right word? You basically beat on your boyfriend in order to get your way through scratching, tazing, hitting him on the head with a flyswatter and using a choke collar. Yes, it’s definitely NOT preaching healthy conflict resolution.

It’s a hilarious premise and you have to wonder why this guy is still with this crazy girl. The punishment animations will also get a good laugh. 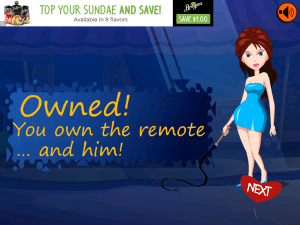 You need to finish Boyfriend Training in one sitting, which isn’t too hard since there are only four different levels. That being said, it’s kind of annoying that when you quit out of the game, you need to start all the way over level one. There’s really no point to this game. It gets old pretty quick, which is why I guess they kept it down to four levels. There’s zero replay value here and I kind of feel like I just wasted my time. Move along folks, there are better games out there.