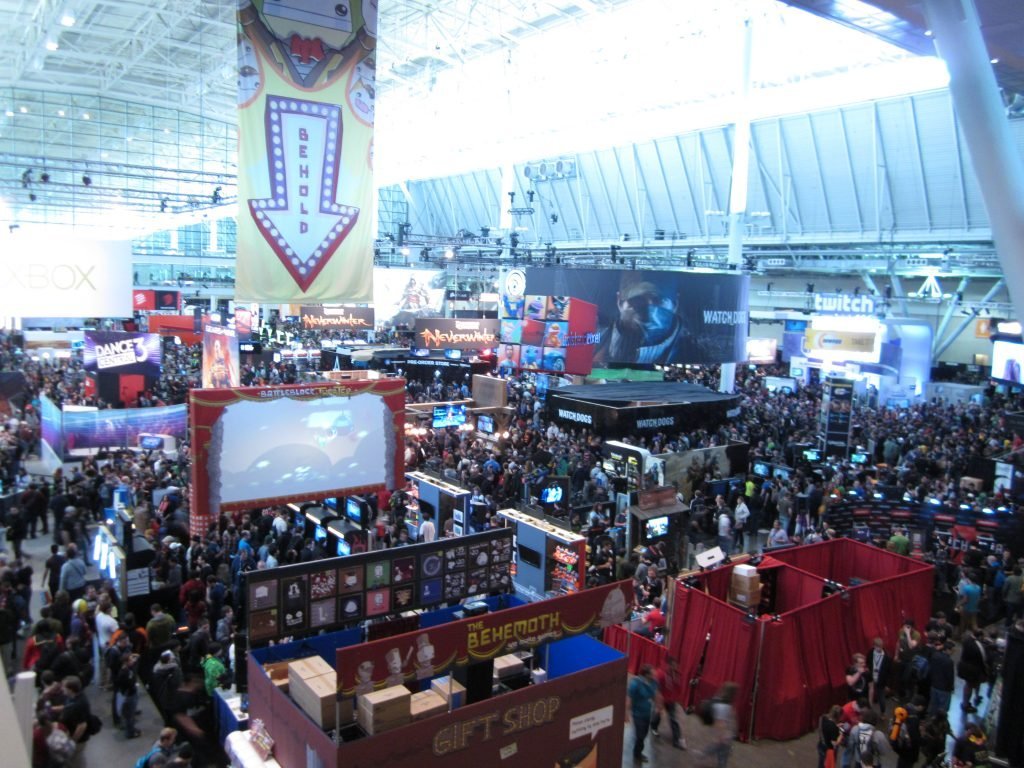 Pax East is the very first convention that I have been too, and let me tell you, it was overwhelming. There’s a dizzying amount of people all crammed into the Boston Convention Center and booths full of awesome-looking games that I couldn’t wait to try. As a member of media, I was able to test out some of these games, and there were definitely a handful that made my heart race a little. Two of my favorites of Pax East were Elder Scrolls Online and WildStars. Both, coincidentally, are MMOs. 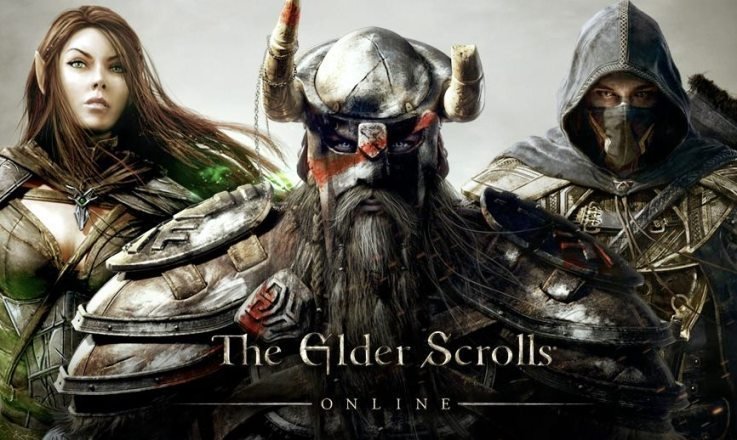 I’m super excited to see the Elder Scrolls franchise as an MMO.  Yes, ladies and gentlemen, you will soon be able to play online in an awesome Elder Scrolls game with (or against) your friends. The game has been in the works for years, and I can certainly see why. ZeniMax Online Studios put a lot of time developing this game, and let me say, holy crap the graphics are amazing! I was literally standing in the middle of the convention my first day staring transfixed at the big screen TV showing the cinematics and in-game footage for at least 10 minutes. That being said, there’s still a LOT to do. Like so many of the beloved Elder Scrolls games, ESO encourages exploration. Interesting points of interest aren’t necessarily marked off on the map so you’ll have to wander around to find cool bits of lore, quests and items.

There are classes in ESO, which will restrict what abilities you can perform, something that might disappoint many fans. Again though, for many MMO players, this is standard fare. You can’t just have everyone running around being able to do everything, it would make the game less fun. Combat itself is a little different from standard MMOs as there is no auto-attack. Players will always have to be paying attention to the enemy. The rest of combat is relatively straight forward and requires you to utilize your cooldowns and class abilities in the optimal rotation. You’ll also need to pay attention to the enemy for when he begins charging for an attack. He will either glow red or yellow. Red means that he is charging a spell that you can interrupt while yellow means you can interrupt with a bash and follow up with a power attack. It’s similar to many of the other Elder Scrolls games, so if you’re a fan of the original games, you should feel right at home with the combat system.

The ESO I tested out at Pax East was only the alpha, but it definitely got me excited for the full version when it comes out. If you’re interested in testing out the Beta, you can sign up on the Elder Scrolls Online Site. 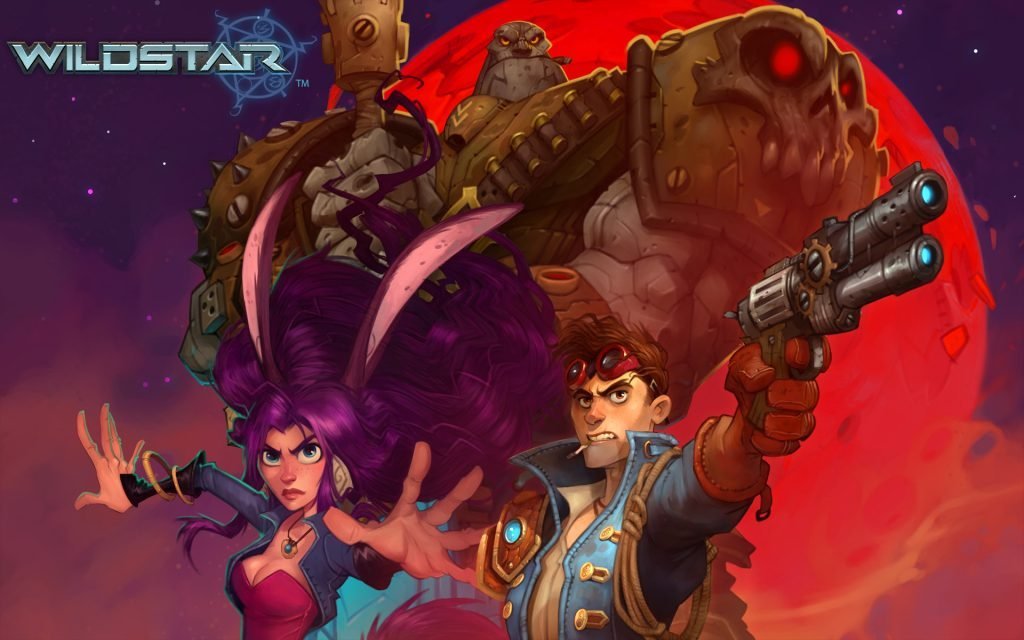 This was probably the game I am most excited about after playing it a bit and attending the press conference at Pax East. Wildstar, developed by Carbine Studios, a subsidiary of NCSoft, is a very cool MMORPG that could be a total game changer for the MMO market. The game is vibrant, full of wit and engaging combat. There’s also a whole lot you can do in this world and some interesting perks added into the system that should appeal to almost every type of MMO player. Unlike so many MMOs, WildStar is kind of like a Space Western with some fantastical elements. There are two different sides: The Rebels and the Dominion. So far, NCSoft has only released 6 different races, but it looks like there’s more to come. Regardless of which side you choose, playing is a ton of fun.

Combat, like in ESO, does not have any auto-attack. Your attacks, and the enemy’s, are telegraphed on the ground. It’s a nice feature that will allow you to lineup your enemies in a specific formation so that you can effectively damage all of the at once. Or, for healers, your group members can see where you are healing and step into the healing the circle. The fact that the enemy’s attacks are telegraphed also give you a lot of interesting fight options. Instead of just standing there and attacking, you can dodge, strafe, lead enemies into traps and so forth. Each enemy also has a variety of different moves so you’ll have to adjust your combat for each enemy. It makes combat much more dynamic and fun.

While there’s definitely a PvE and PvP element, WildStar can literally be played however you want thanks to a whole slew of new additions, one of my favorite being the Path system. Most MMO players have a specific type of activity that they enjoy doing in-game. For some it’s exploration and for others it’s socializing. The WildStar path system allows you to choose your favored play style and rewards you for, well, playing how you like. There will be side quests that only explorers can complete. For the combat oriented players, they’ll get extra bonuses for killing a boss quickly or with some excellent style. It’s a great way to reward people for playing and also might pique other people’s interest to try a different play style on an alt. PvP players can also have a ton of fun with the battlegrounds feature where you and some friends can build a fortress and then mow down opposing players.

But, one of the more interesting features is the house. It’s not simply just a dwelling, it also helps your overall gameplay. Various decorations might add certain buffs to your character. You can also have social parties at your house, create a raid portal for all your friends for easier transport and so on. It’s an interesting idea and I’m excited to see more of what can be done with these homes.

I have to say that that Pax East was definitely an experience. Aside from the above two games,  I  have to say I’m also excited for Neverwinter MMO. It’s going to be free to play and will also offer some basic dev kits to players so that  they can create their own quest lines, which is pretty frackin’ cool. There’s also Anomaly 2 from our friends over at 11bit Studios which is shaping up to be really exciting. I mean, come on, the first multi-player tower defense game? Ultimate win. 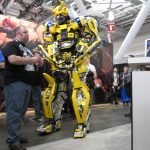 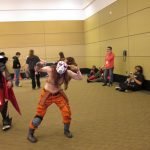 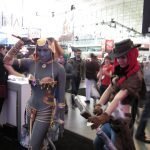 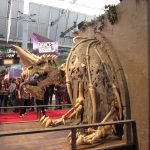 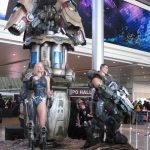 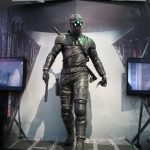