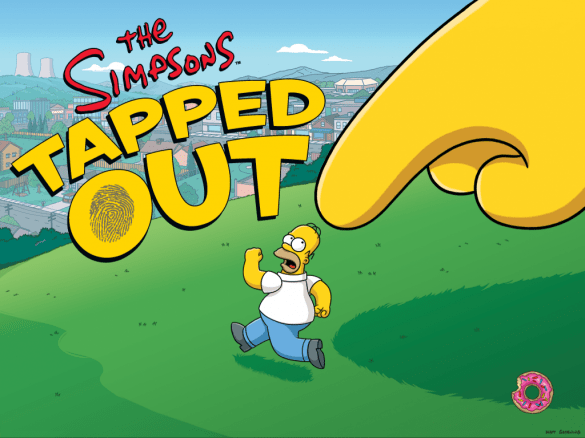 Avoid Simpson’s Tapped Out. I played it on my iPad 2 and it wasn’t worth my time. It’s definitely not worth yours.

Simpson’s Tapped Out is free, but still not worth it.

This is a huge let down.

Simpson’s Tapped Out is unfortunately pay to play.  That’s what this “game” is all about.  You do a few things then you have to wait anywhere from a few minutes to 24 hours.  If you want to speed up you pay real money for the in game currency donuts.  Sure you get a few free donuts every once in a while.  But that means if you want to use those saved donuts to for something, like Frank’s Lab, you’re going to be waiting, and waiting, and waiting and waiting forever for stuff to get done so you can tell your characters to do more stuff only to wait more.

Sure this isn’t new.  There are tons of games like this on the app store and the interweb that expect you to waste money to spend time then ask for more money from you.  But the first few minutes of starting this app up you watch a cartoon of Homer Simpson playing a game just like that, mocking it, then spending over a thousand dollars.  It’s funny because he is calling out all that stupid behavior then doing it because he is Homer Simpson so he is an idiot.  Then the game starts up and low and behold it’s a pay to play.  Sure homer and the rest of the cast make smart remarks about doing the pay to play stuff with them.  But it’s still pay to play.  After you find you have nothing else to do because all your characters are busy doing stuff and you have no donuts, well it’s time to think about what you want to do.   For me I waited a few days. I tried being patient, but there is really nothing to do besides wait or pay.  It isn’t fun.  Then I decided to write this review up before deleting it. 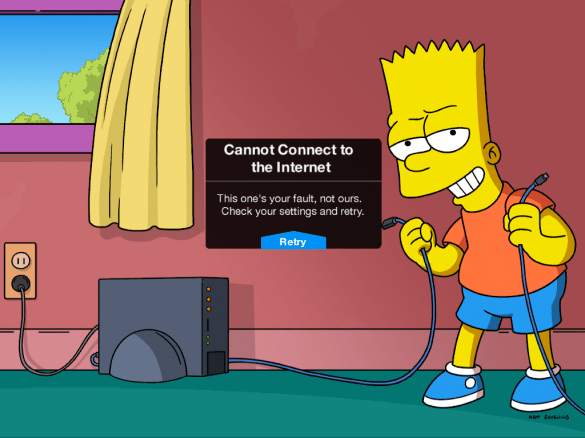 This is the first time I wanted to slap Bart.

Well its really easy to accidentally waste a donut.  Besides that, it works fine…… Except this is ONLINE ONLY.

No internet connection?  No play for you!

You don’t show a funny video showing how stupid pay to play is then give us a pay to play game.

The next huge problem? EA doesn’t support its online games forever (Seriously look it up). So you are expected to pay into a game that might not be playable next year.

The big thing for me is IT’S PAY TO PLAY! Unless you are really, really rich (Wanna send me some money?) you won’t get much out of this.  The best part of the game is the intro video that you only get to see once.  Which is lame. Oh and again, its online only.  What the heck?  Why is there online only DRM here?  It’s an iPad app!

If you want to add friends you need to sign up with some EA program called Origin and so do they.  So no, you can’t use your Game Center friends or even your Facebook friends.  EA and Simpsons Tapped out want you to sign up for yet another service to get your inbox spammed. 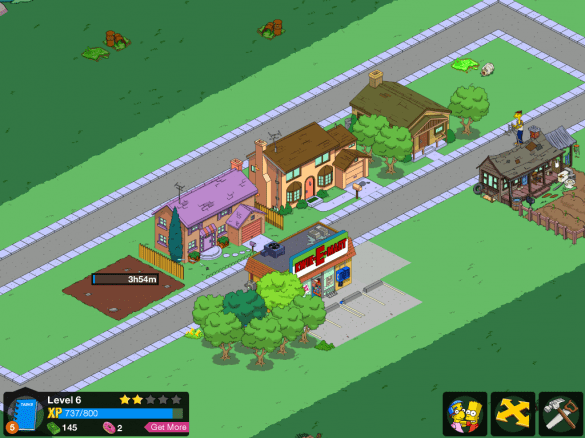 Now you get to wait four hours!!!!

Everything. Once again EA gets a great property and then turns it into a pay to play fail fest. Seriously. Go look at the other “apps” they churn out. I still hate them for turning Theme Park, one of my favorite games ever, into a pay to play app that resets players progress.

There are fun freemium games out there, EA just doesn’t make them.

Also, if you have a problem with your game you need to sign up for Origin before you can even contact them…Classy.

Give me a great game that’s actually been tested, for about 5-8 dollars. No IAP. If there are problems fix them. This isn’t the Sega Genesis era anymore.  You aren’t the gaming giant here. You’re just another App Store brand, and one that’s known for fail.  Go look at the reviews for your games. It’s sad. And it’s frustrating for the people who want to buy your games to get nickel, dimed and left out in the cold when you stop supporting your products. 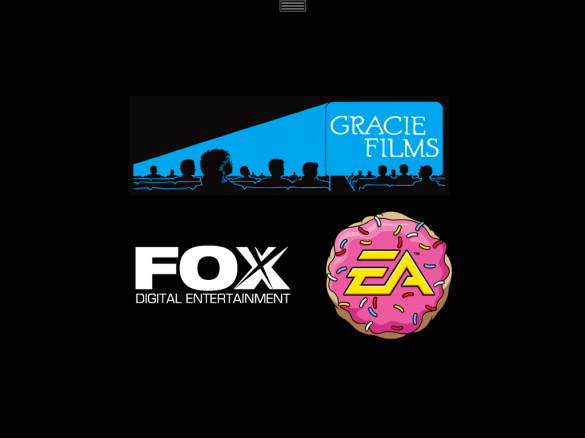 Blame these people for simpsons tapped out.