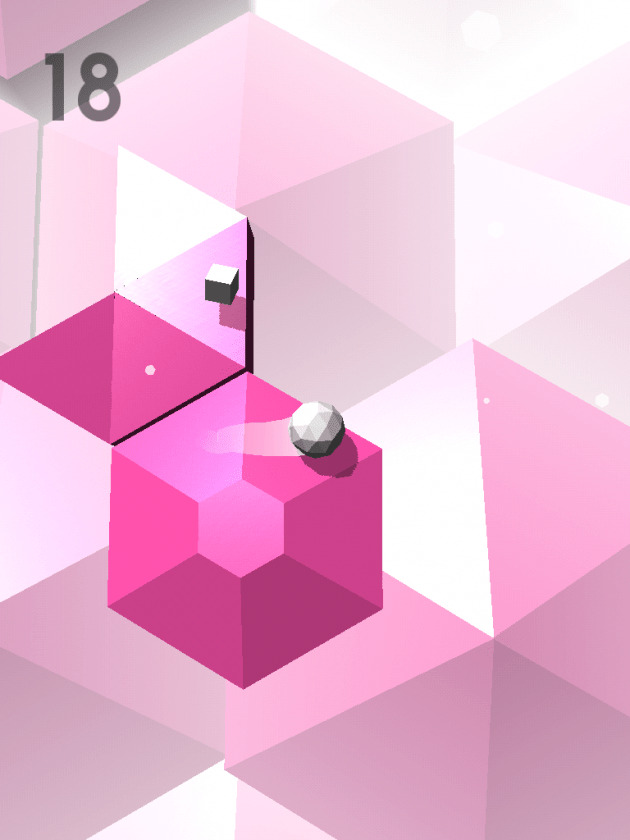 As soon as I went to the next platform, it fell out from under me.

Is Tiltagon worth your time?

Tiltagon is good for about three to ten minutes.  It depends on how patient you are for a broken game..

What should I play Tiltagon on?

Tiltagon is perfect for phones and tablets. Its short bursts make it great for a phone while you are waiting around for someone, but it’s a tilt based game so you can’t play it in a car or subway.

It has potential, but it gets cheap fast. There is hard, which this game promotes itself as, and then there is broken, and Tiltagon is the latter.

Tiltagon is an endless game where you move from platform to platform in a quest to get a high score. You are going to lose, but you try to go along as best you can. Early on hazards go from doable, to game breaking quickly. Soon enough you realize there is no point in playing any more.

The music is awesome.  Like really, really awesome. It immediately draws you in and helps the game feel more immersive. Next the art and color is just fresh and great.  Again you immediately are drawn in and just get it.

The gameplay for the most part is tight and fun.  The tilt controls work great and are pretty spot on. Then you get to the platforms whose parts seem to randomly disappear… And you are screwed.

The disappearing platforms are cheap, not hard and definitely not fun. They are always what ends my runs and makes me shut off my iPad. This is maddening because the rest of the game really is fun. Sure there are other hazards that are tough. Sure sometimes the platforms want to disappear faster than usual. But its doable…and then you get to the platforms that just break the game.  Then the fun ends.

There is a Hard+ mode that makes the game even more insane by making every object that pushes you kill you. I lasted a whole three minutes of that until I realized that soon I’d have to deal with those disappearing platforms and I just said no.

So the game is collecting digital dust right now. I’m hoping Noodlecake games learns from the unhappy reviews on the appstore and nerfs it a bit.  If not the game is getting deleted. As is it’s fun until i’ts cheap and then it’s no longer enjoyable.
Avoid this…

I love how there is no easy mode. Its Hard and Hard+.  I get they are going for the “hard” thing, but again, it’s all fun until you run into the bad stuff mentioned above. The music and art is epic.  I love the way it looks and sounds. I love the feel of the game. It’s like a fun minigame take on Super Monkey Ball. Before we get to those platforms of hatred and doom the game is amazing.  I also dig their attempts to get you to watch a video ad to stop ads for a half hour.  It’s an interesting idea that I think is going to spread.