Welcome To The Dungeon Review 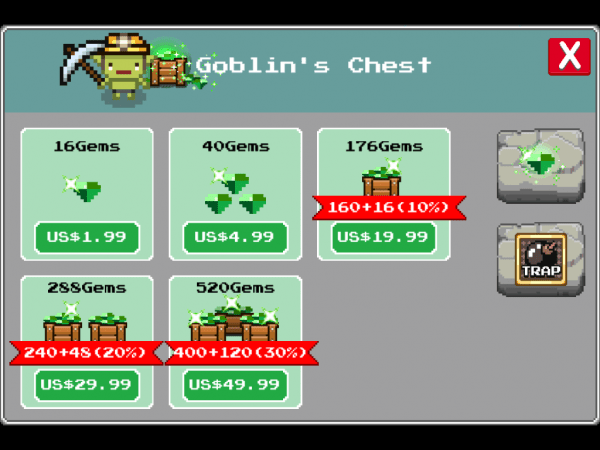 One of those freemium games…

Is Welcome To The Dungeon worth your time? 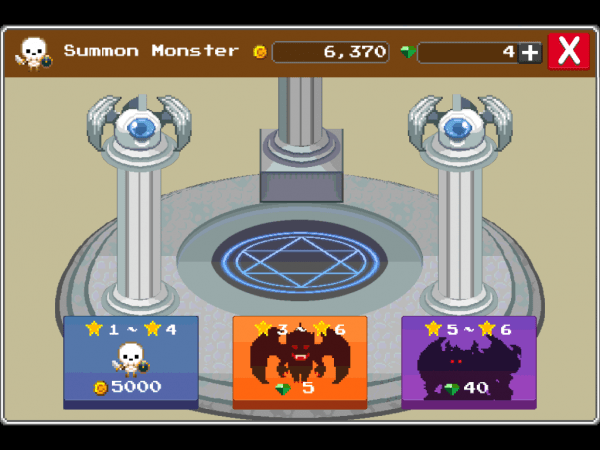 Why is it always gems?

Welcome To The Dungeon is a disappointing grind fest that has the makings to have been a great game.  Instead, it’s repetitive, shallow and needlessly grindy. You have a bit of choice with regard to the monsters you place in the dungeons. Unfortunately, acquiring quality monsters is luck based, as well as getting a specific monster type. (Fire, Earth, Water)  Monsters quality can range on the low end to be a one to three star. You will get these with the easily acquired gold currency. The more stars a monster has, the generally stronger it is and will level up to be. The chance to get better monsters is locked behind special hard to obtain currency, gems. Unfortunately even then, you aren’t guaranteed to get a top quality monster or the type you may be wanting for your rotation.

The heroes you face are also randomized. This can be fun, or problematic depending how your luck goes.  Over the course of the game you are able to level up your monsters, and add new ones to your roster.

Unfortunately, enemies heroes level up way faster than your monsters do, and the best monsters you can get are obtained by chance using a special currency you can buy for real money, or earn at a snails pace.

The biggest problem with Welcome To The Dungeon is it’s just not that fun.  It tries, with an interesting art design and its full of charming Game of Thrones and general Sci-Fi quotes.  But it’s just not fun, It’s sadly shallow and repetitive.

The controls are easy enough with one tap gameplay. But battles pretty much turn into monotony as each of your monsters only have one ability that you can tap during a battle. Gameplay is spiced up a bit with randomized enemies but often you will find your team isn’t able to deal with three high-level fire types in a row for example.  This is worse earlier in game where you don’t have very many monsters to choose from, but gets even more frustrating when the enemies out level you to the point your team should be strong against the enemy but is merely out-leveled fodder. The game turns into a grind, forcing you to slowly level by buying gold based monsters to help level your team.  Welcome To The Dungeon suffers from a lot of luck based mechanics that make strategy go out the window. 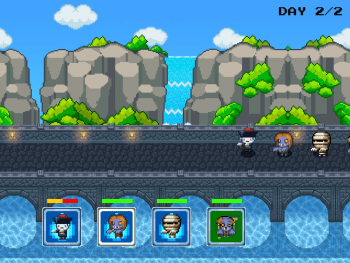 The mini games are almost totally hidden and feel half done.

A lot of reviewers are comparing this game to the table top card game Boss Monster and calling this game a rip off.  I do see the similarities, but being in charge of an evil dungeon is hardly a unique game idea.  I’ve played Boss Monster several times before, and I feel it is similar, but it also shares a lot of the same problems.  Shallow gameplay and a heavy reliance on luck instead of strategy make both games feel hindered by design.

There are some interesting mini-games that you can unlock with obtaining certain monsters, but nothing is really explained about it. The mini-games themselves don’t even seem properly fleshed out. In fact they feel hidden in the game, in the back menu of the main menu.

Of course, since this is a freemium game you can expect to find the chance at getting better monsters to use behind a ludicrously expensive pay wall.  For 40 gems, you get a creature with great starting stats and the ability to level up strongly.  I’ve unlocked one of these monsters and was happy to find that he was indeed powerful.  Unfortunately, all too soon he too was overwhelmed with the enemy heroes that out leveled him.  The only options are to drop real cash on more gems and to have a chance to have an entire squad of special monsters or level grind forever to save up enough gems to earn them myself.  Seeing as Welcome To The Dungeon isn’t much fun, I just opted to delete the app.

I haven’t even started with the games mind-bogglingly slow progression to get from one area to the next.  If you think leveling takes forever, getting the next zone feels like a job.  A slow, repetitive, shallow, non-thinking job.  Sadly there isn’t enough rewarding content here to justify spending more than a half hour with Welcome To The Dungeon.

The art is really interesting and the game is chock full of entertaining sci fi call outs.