Is Swap Heroes worth your time?

What should I play Swap Heroes on?

Swap Heroes is a universal app for iOS 4.3 or later. Swap Heroes is one of those rare gems that is plays perfectly on any device. 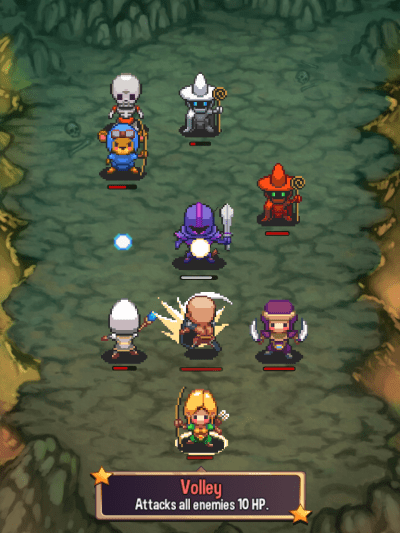 Swap Heroes is a disappointing roguelike game that undermines itself with randomness and it’s  inability to save character progression.  You will go from liking the game a lot, to realizing it’s not worth playing in under an hour.

Swap Heroes is a randomized adventure that has you in control of a party of four heroes.  Each Hero has different special attacks and main attack, with various strengths and weaknesses.  To attack you have to swap the position of two heroes for the three heroes in front to attack the ever-advancing enemies.  The hero in the back of the group does not attack but does heal itself.  Very, very slowly... When swapping a back hero with a front hero, the back hero unleashes a special power.  This creates a bit of strategy for the game.

Sadly the game has no permanent character progression, story, or even bosses that I’ve found. It’s a linear series of fights, against oddly randomized enemies that negate the ability to really strategize.  Enemy difficulty ramps up randomly as well.  The game-breaking problem is character upgrades are not consistent, but randomized as well.

In about an hour, you will find there is tons of potential here but sadly none of it is realized.  It feels half finished and rushed. The fact that the creators omitted the roguelike, randomized gameplay in the original app store description, and instead choose to market this as a strategy game is downright wrong. 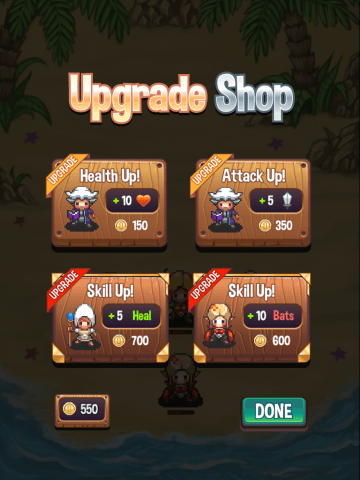 I just want to upgrade my Vampire’s attack!

Swap Heroes is easily one of the most disappointing games I have played this year.

First off there is no permanent character progression here.  I cannot overstate how much of a problem this is for Swap Heroes. All character progression is limited to the game you are playing.  One mistake causing a death makes all characters go back to their weak starting levels.  This makes going as far as possible in the game seem next to impossible. By the fourth area, you will often find yourself overpowered and frustrated.  Then you die and start back over again. This wouldn’t be so bad if the game wasn’t randomized, but it is, so there isn’t much strategy you can rely on. Sometimes even early on you will find yourself screwed, others you will find yourself leveling up and progressing, only to die after facing an insane onslaught of enemies.

Worse there are two types of currency, one is a blue coin currency that I honestly have no idea how it is earned and the other is a gold currency that is only available to you per play through.  The first currency blue coins, are what you use to unlock new Swap Heroes with.  Unfortunately, there are no descriptions available as to what these purchasable Swap Heroes can do whatsoever, so its pretty much a trail and error money sink. Thankfully Blue coins carry over so you can buy new characters. 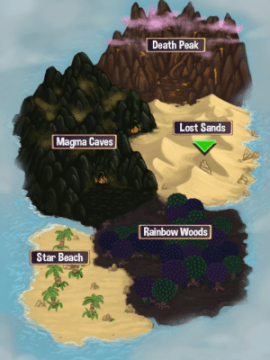 The second currency is another huge problem in the game.  Gold coins.

Gold coins are the only way to power up your Swap Heroes so that they can hit harder or have more life points.  There are never enough gold coins to have a well-rounded team.  Again, your gold coins do not carry over. This, combined with the random nature of the game difficulty makes the risk/reward balance of saving for the very expensive skill upgrades never seem to be worth it.

To make matters even worse is the baffling decision to make even the ability to upgrade your characters randomized.  At the end of each level, there will be four randomized upgrade options for characters.  Sometimes you can go several games in a row it seems without being able to upgrade your priest for example.  I feel like my 5000 blue coin vampire almost never sees attack upgrades available. Other times, you will never seemingly be able to upgrade your tank.  This lack of player control is a baffling design choice that does nothing but infuriate players trying to strategize, in a game that supposedly about strategy.  You simply aren’t allowed to progress as you see fit.

There is almost no strategy to this “strategy” game.

I like the game and the concept; I just feel like the permanent a death feature for progression needs to be optional.  But then the more I play it the shallower the game reveals itself to be.  You progress through the game at a fairly brisk pace until you hit the randomized brick wall.  So far I haven’t encountered a single boss monster.  It seems the randomization was implemented because there aren’t many levels to be had.  If you were able to save your character progression the game would be totally cleared within a few play throughs unless the world map is much larger that it seems like it is.  But I honestly doubt that.

So to “flesh” it out we get this.  A good concept and the beginnings of a good game that never feels complete fair or right.  In fact, you tend to notice a lot isn’t there.  You have no way to exit the game besides dying in case you mistakenly select the wrong hero, or you just want to quit the game.  You cannot tell what types of attacks certain enemies will do.  Even hero attacks seem oddly randomized.  The Vampire’s Blood Bats ability is particularly frustrating especially when you notice it doesn’t stun enemies 100% of the time.  There is no enemy glossary at all so you have the ability to study what possibly could have killed you. Or at least learn what the new enemies are capable of.  I really hope the developer comes back and fleshes this game out some more, or someone else takes this concept and expands upon it.

As is now Slide Heroes isn’t worth the .99 cents its being sold for.  It just doesn’t feel done.  I don’t even like Swap Heroes for a quick pick up and play game. It isn’t at all what is being advertised on the app store. The fact that its advertising that it’s 50% off right now is downright laughable if it always wasn’t so outright insulting to the players who have already purchased this game.  This isn’t a game that I would recommend to anyone except game developers looking for something to pick some ideas out of and learn a lot of what not to do.

Swap Heroes has a lot of interesting ideas. I can’t wait for some other developer to use them to their full potential.