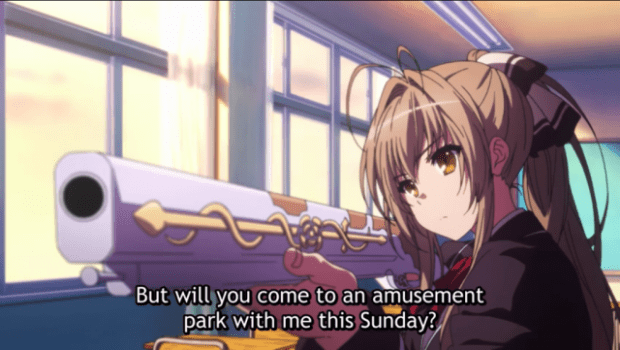 Is Amagi Brilliant Park Worth Your Time?

Amagi Brilliant Park is a super fun and unique anime that brings a fresh cast of weird characters together and develops a fleshed out world that will leave you laughing and wanting more. Amagi is about a magical theme park and it’s employees daily work life and the struggle of keeping it open. I know that sounds boring, but trust me it’s insanely smart and better still refreshingly fun. The series uses a lot of straight man comedy, but also manages to craft a really interesting story that builds some good tension and well thought out and developed characters.  This isn’t a show for young children, with some characters smoking, drinking and at times being lewd.  But don’t worry, Amagi Brilliant Park isn’t all about that sort of humor, there are some jokes here and there, but it isn’t the norm. This show would best appreciated by grownups. Amagi Brilliant Park is only twelve episodes long, but it never feels rush or under developed.  Amagi manages to tell a perfect and contained story with lots of room for possible sequels.  Sequels that I will be praying to the anime gods to get. 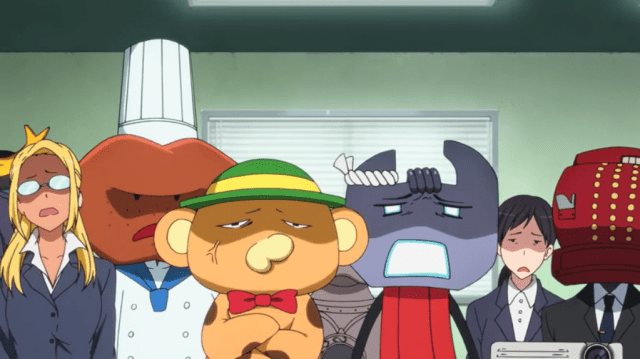 Amagi Brilliant Park just hits the ground running with quality comedy and fresh situations.  Romance, comedy, magic, Japanese tourism, fantasy and bar jokes, Amagi manages to cram a lot into a twelve episode show.  This show has so many different directions it might seem weird and disjointed as I write it all out.  Sure things get crazy at times, but it never feels forced.  Watching a magical sheep person drink in a bar and de-stress while hitting on waitress seems totally natural in this show.  Thankfully it all works brilliantly. 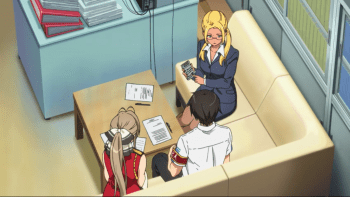 Amagi Brilliant Park is one of the greatest anime stories I have ever watched.

Having the straight man/lead be narcissistic jerk totally makes sense here because he never crosses the line to being a character you hate.  In fact I found myself loving him for it, because his behavior (for the most part) was exactly what the situation he finds himself in calls for.  None, absolutely none of the characters feel forced or cliche.  The plot does pull out some tropes and cliches and then calls them out immediately, and it always works.  Sure some of the characters have some normal anime character quirks, but for the most part they all get nicely fleshed out. 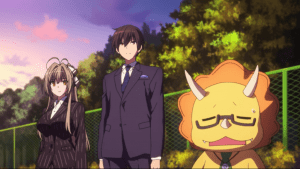 The art here is top notch with bold colors and lots of details big and small thrown in.  The music totally fits every scenario.  The real win for me are the outlandish character design and even more so with their faces.  I absolutely love the adorable looking characters, but it’s the amazing facial animations that really turn every character into a vibrant, eclectic and believable personality.  From adorable to insane everything works, and it’s brilliant.

The story progresses at a brisk pace that feels pretty natural.  Unfortunately there are only twelve episodes, but because of that, and the brisk pacing, you feel a good amount of tension.  The final episode actually had me holding my breath not knowing what was going to happen.  That almost never, ever happens when I watch TV.  Amagi Brilliant Park is an amazing show that I think every adult should watch.

There is no season two announced yet.