My time with Tavern Brawl so far. 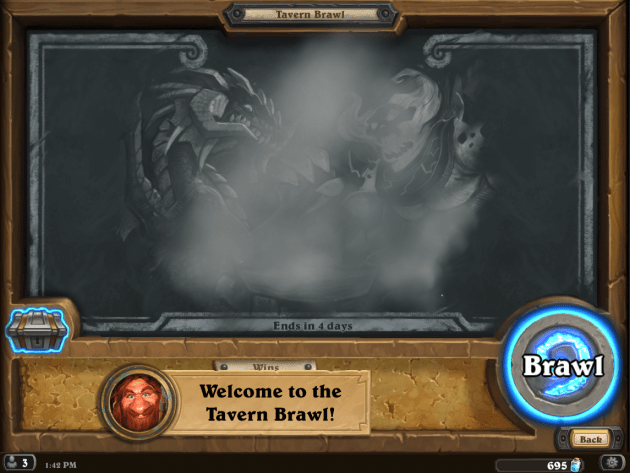 Win a game and get a free pack of cards!

Yesterday Hearthstone released it’s newest feature: Tavern Brawl!
For the past two days I havent been working on my own game I have been playing two of World of Warcraft’s and Hearthstone’s biggest bosses: Ragnaros the Firelord and Nefarian.

Hearthstone Tavern Brawl is amazing and honestly the most fun I can remember playing Hearthstone.  It’s an unbelievably fresh change of pace to play characters that I’ve fought against before. Both are equipped with incredibly powerful hero powers and an insane assortment of cards. 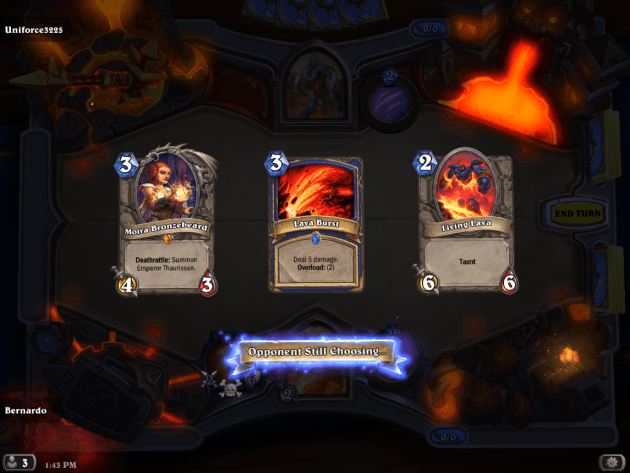 I’ll pay $10.00 for that taunting card. No questions or complaints.

I honestly cannot believe just how fun these two decks are.  Sure I’ve played against them before and remember having to counter them.  But controlling them is a whole other story! At first I played as Ragnaros for a few games and it felt powerful.  His excusive cards are insane and his mix of regular player cards is also quite formidable.  Ragnaros starts of with 60 health, a hero power of summoning a 5/1 minion for the cost of two mana and a 2/6 weapon named Sulfuras.  After his six hits with Sulfuras runs out his hero power changes! For 2 mana he casts a spell that attacks a random enemy for 8 damage!  His exclusive cards are an insane collection of elementals that are heavy hitters for a relatively cheap price. 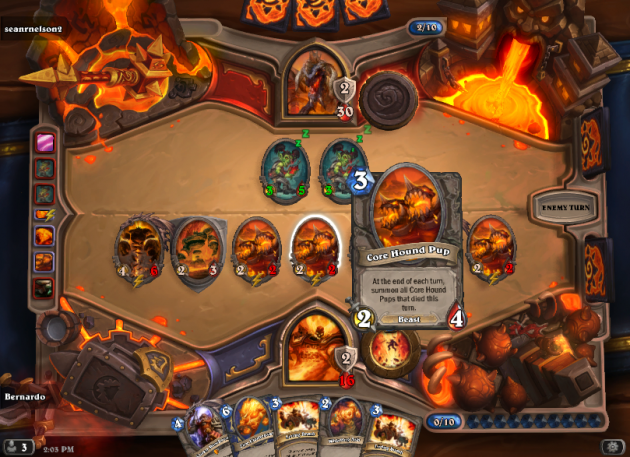 As over powered as Ragnaros sounds his enemy for the week is pretty insane: Nefarian!

The very same black dragon who you go up against in Hearthstone’s single player adventures and those O so famous old Warcraft raids.  Nefarian Starts off with 30 health and 30 armor.  He also has a 2 mana hero power that lets him summon a magic spell from ANY class of regular playable heroes.  The summoned power costs 0 mana to use!  The icing on Nefarian ‘s cake is he starts off at 5 mana. 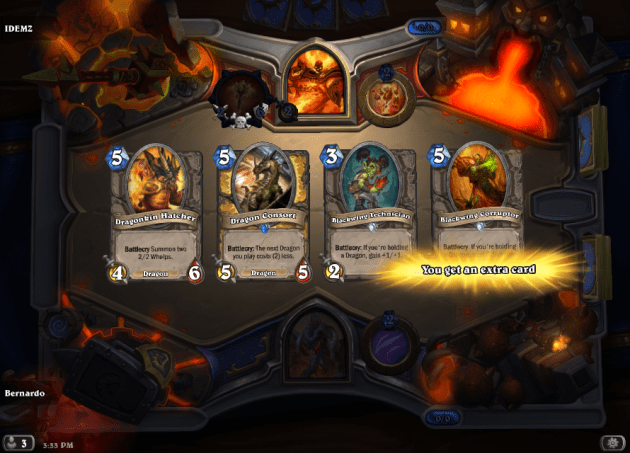 You don’t get to choose your boss hero, it’s randomly assigned.  Both are insane to play with and against.  At first I was playing most of yesterday with Ragnaros and had a good win streak going, and then it seems players started having better luck with Nefarian and getting better at his play style and I started getting stomped. Later on I  got to play Nefarian and was delighted at the possibilities.  Game play felt just as fast and powerful.  Like most of Hearthstone though, games are also very luck based.  Sometimes with both heroes you just get hand after hand of bad cards.  It can be slightly frustrating, but this is where the high HP and armor come into play. 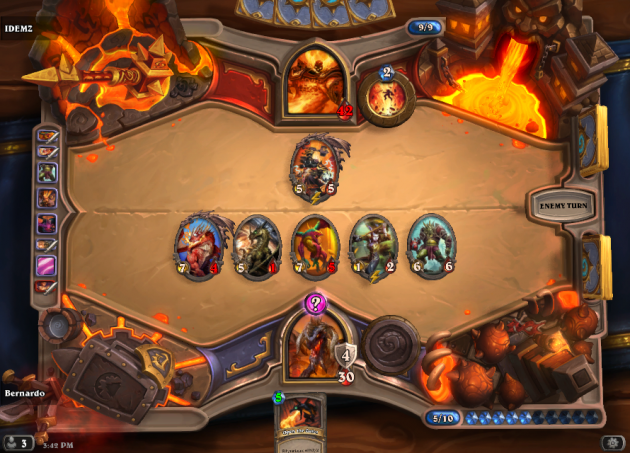 Games generally can last a little while.  Giving you the chance to come back after a few bad hands.  I’ve had games feel like they lasted near a half hour.  Both of us fought tooth and nail to win.  Generally after a long match in Tavern Brawl you feel like the name is appropriate.  When the hands are good both players throw everything they have at one another.  Most of the time you never really know who is going to win until it is just about over.  Nefarian ‘s insane variety of dragon cards are a great match against Ragnaros ‘s many awesome minions and powers.

I am really glad  Blizzard introduced Tavern Brawl.  The game is a breath of fresh air for the game.  Matches feel different with all the  new cards.  Players feel powerful with the sheer amount of insane cards. Honestly I was losing interest in Hearthstone for a little while.  While the game is amazing, it also has some pretty big problems.  Tavern Brawl with it’s rotating roster of fighters is just what the game needs to keep it fresh.  Sure it doesn’t seem to count toward any ranks or unlocking any cards, but the free mode is jam packed full of replay and fun.  I love just logging in and playing with a random chance of two awesome decks against a familiar opponent that is always different.