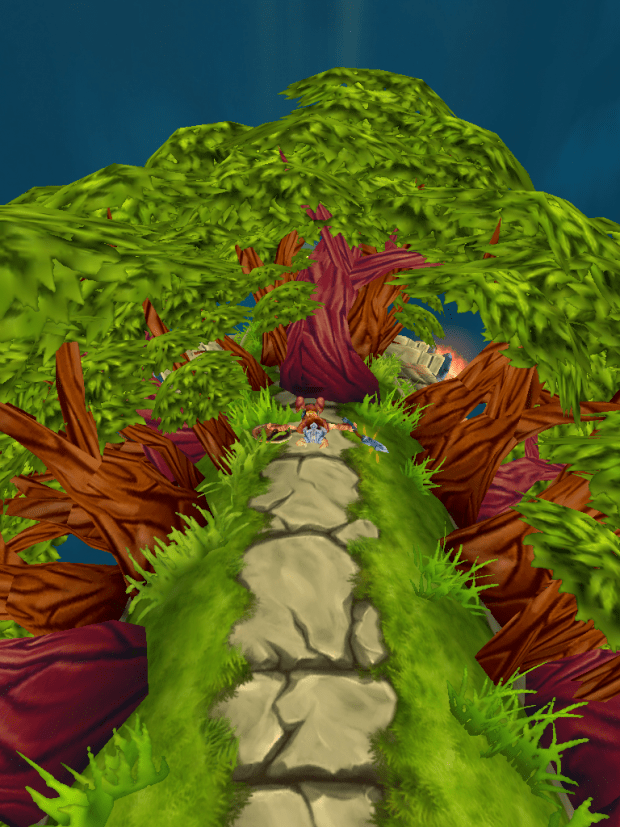 As you can see in the comments below someone from the dev team has reached out to me about the review. The fact that they reached out shows that the team cares. That or they understand the importance of good PR. I’m hoping for the former. The is very encouraging. While my written problems with the game still stands, my fears about intentional bad game design may have been unwarranted. This is one of those weird situations where I made assumptions after seeing the red flags.  I don’t believe those assumptions were without merit because I have experienced them coming to fruition many times before. Plus, the way the game plays makes it seem intentional. After playing through the game for a while today on and off it’s also very  clear the team really did try hard and made something darn unique out of a genre that has been beaten to death. Asgard Run is an imperfect, but fun game. The problems I encountered along with the timing of the initial missions may have been just bugs that made it through at launch that gave a very bad first impression. This is every devs’ worst nightmare, and I personally know very well it happens. I do hope the team is able to iron out the kinks, because if they do they will have created something amazing. I want Asgard Run to be my new addiction that I support here on Nardio and play for a very long time.

As is though, after playing through the game again after a good nights sleep, the some traps are still unavoidable. Having the trap right after a jump landing is cheap. Dead ends still happen. Let’s hope fixes are on the way.

Is Asgard Run worth your time?

It has some frustrating issues that can rip you out of the game, but the dev has promised that fixes are on the way. I want to believe they will make this game good. You can try it, but it has problems.

What should I play Asgard Run on?

I can’t imagine playing this on anything smaller than a tablet.

Asgard run is a refreshing take on the endless runner genre that is happens to be insanely addictive. Unfortunately the there are unavoidable traps and areas that require a special item to break through. That special item drops in game a bit, but is also for sale. Which leads me to worry. 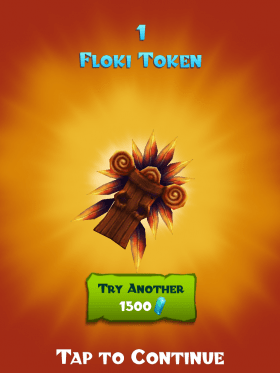 How is this used?

I have been excitedly waiting for Asgard Run. I was following the game for a while before its release and I almost previewed it here on Nardio. It’s bright and it seemed to have a great take on the endless runner. When It was released yesterday I was very excited. My first impressions with Asgard Run were overwhelmingly positive. It was addictive, colorful and the gameplay lasted a good while before my inevitable death. I loved the twisting lanes and paths. Asgard Run feels like the organic evolution of the endless runner. I love that there is a flying system that actually works. I love that there are several characters to unlock. I love the sound effects and the graphics that pop on my iPad. Asgard Run is a beautiful game.

What scares me and puts me off:

So about those Safeguard Potions. They are essential to the game. Their very inclusion in the game makes me worry, a lot. You will absolutely find yourself in situations where you need to use the potions. Because there are dead ends in Asgard Run and unavoidable traps. 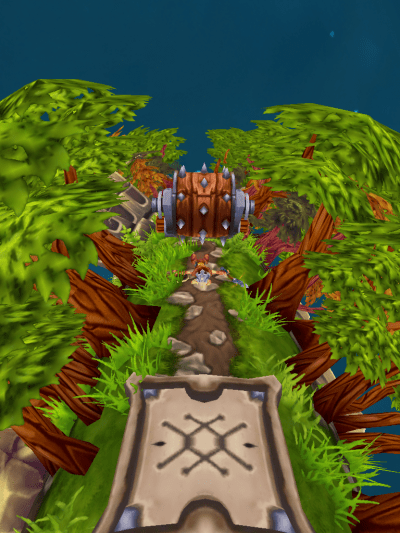 You read right. Asgard Run – this wonderful and fresh endless runner – has unavoidable run ending “obstacles”.  You don’t avoid these “obstacles” with skill. Instead, you need limited special currency on hand and a willingness to use them with the knowledge you might not have enough next time you need it. This leads to many surprise moments for me because I was looking for the next turn instead of using my “potion.” After experiencing several deaths because of this I started to sour on Asgard Run.  The  bug(?) rips me out of the experience. At first I just kept dying. Then, after trying different things, realized that was where I was supposed to use the power up. Other times some turns that looked doable still killed me. I only started to use the Safeguard Potion after I wanted to get through the “mission” using one in a run.  That was quickly replaced by a mission that required I use two in a run. Ugh. These potions weren’t dropping often enough where I felt okay with this. But for Nardio I tried. I then discovered there was a cool down period after using the potion. I realized this after running into a wall after popping one seconds earlier.  OK. That would have been avoided if Safeguard Potions were explained better. So bam I wasted another one. Eventually I was able to “clear” that “mission”.

I felt like I accomplished nothing other than wasting a very important potion. 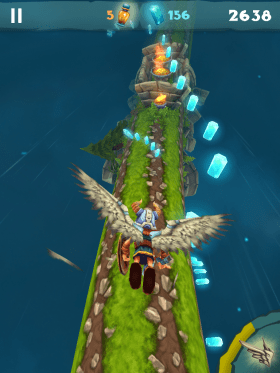 Safeguard potions can drop occasionally, but you can also buy them with in-game gems. Right now these gems aren’t that hard to earn, but a single patch can change that. I don’t like knowing that. We have all experienced games getting aggressive about in-app purchases after release. Safeguard potions and the various dead ends are a troubling sign of where this game can go. I don’t like that this “potion” can be turned into a mandatory must buy with real money.
Hey Amused Sloth! Asgard Run’s traps and dead ends SHOULD BE REMOVED!

Hey devs, you’ve managed to create a fresh and enjoyable world. I get that you need to make money, but these potion dependent areas are counter intuitive to the endless run play style. I can get behind having the potion and having players use them when they are getting overwhelmed. Other games have done this and it works fine. If you want to make more money off the game how about making more gem sinks players want to invest in? How about rescue ads? How about more costume options that make players want to spend actual money? Please find another way. Because when I’m a minute or two in a long run the last thing on my mind is over analyzing the next obstacle in the path and wondering if it’s going to expand and kill me. No.  I’m just going to turn left because that’s my only available path. This unnecessary mechanic is a major flaw in your game design. It shows you don’t respect your players. I’m not going to use the potion; I’m going to write this review and delete the game.  Fix this.

I’ve also noticed attacking enemies glitch when I have the magnet equipped and if you get several in a row the player’s hits don’t register properly.  Please patch that.