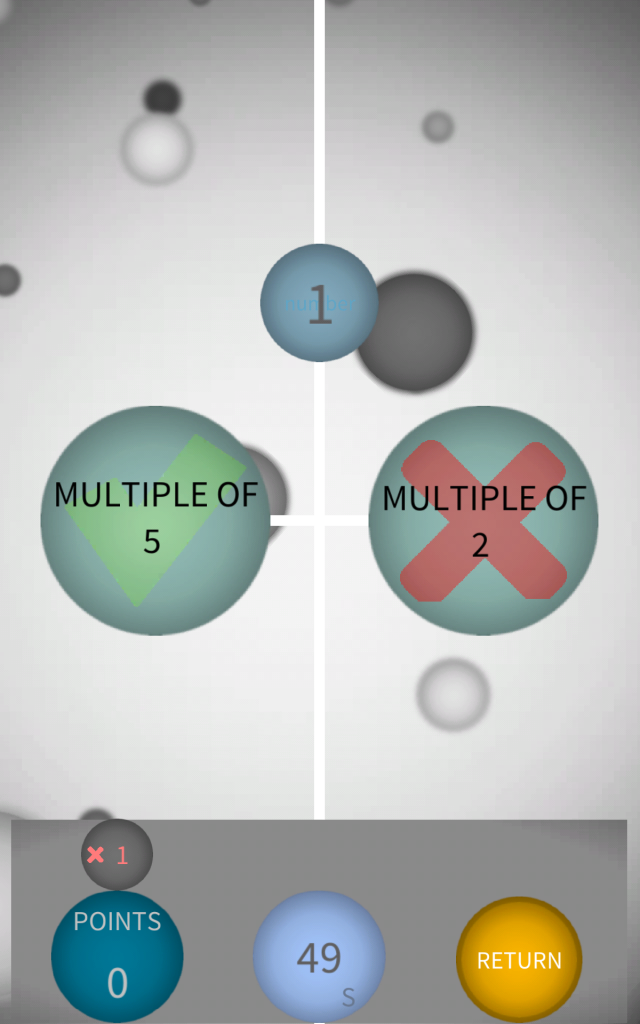 Is Target Number Worth Your Time?

What Should I Play Target Number On?

Target Number is only available for Android and Kindle devices. I suggest playing it on a larger screen, especially for the Bonus Rounds.

Target Number, as you might have guessed, is a math puzzle game. I’m definitely a huge fan of this genre. It is definitely enjoyable and a good way to get your brain running. It’s a pretty simple game, but it managed to suck me in until I finished it. By the way, there’s already a game called Target Number on the Google Play store with a similar premise. This is not that game. This Target Number is by Geeks of Gaming Studios. 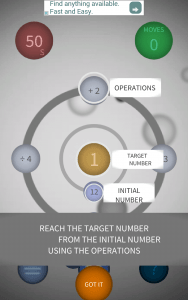 Target Number has pretty simple controls that mostly work well. In each level you have to get your starting number to the target number in the center by sliding in operations. Depending on how many moves you take to reach the target number you’ll be awarded 0-3 stars. It starts out pretty easy and, as expected, gets harder the further along you go. There’s also a time limit so you have to think quickly. If you’re having problems, the game also has a little hint button (the light bulb) to show you your next move. You start off with 5 hints and you can replenish your stock by watching ads or through in-app purchases. After you complete the level you receive a score. Once you reach a certain number your rank will increase and you’ll get to play a bonus round where you have to decide if the numbers falling down are multiples of the numbers given to you or not. Depending on how many you get right in a row, you receive ever increasing multipliers and additional points to help you get to your next rank that much faster. The ranks don’t really do anything besides give you the joy that you aced all of the levels. I really enjoy the brain teaser aspect of the main game and the quick thinking of the bonus round. I also love the fact that there are multiple ways to solve the level. Who says math can’t be fun?

Once I started the game, I couldn’t stop. I really wanted to three star all the levels and the levels are so short you can just plow through the game in just a couple hours. The puzzles are deceptively simple and since you can’t spend more than a minute on each level, it’s only natural to simply press the next button. I also really like the very clean and minimal design. There’s nothing fancy going on here but it all works. Pretty much the entire design is a series of circles and I’m completely okay with that. It works and for whatever reason I find it soothing. Maybe it’s the fact that there are no hard edges, but it’s a relaxing game to look at. There’s some nice small touches here that you might miss if you’re not paying attention. For example, the circles in the background move across the screen. Also when you add in the operations to the current number, the circle it is traveling around gets larger or smaller depending on how close you are to the target number. It’s small touches like this that really gives the game a sense of polish. In terms of sound and music, again it’s pretty minimal. You’re not losing out on much if you don’t have the volume on.

Best of all, the game is free! There is the option to upgrade to premium which will remove ads, unlock the daily level and give you 10 hints. If you don’t want to pay the $2.49 then you can easily play through the entire game without paying a penny. You can get 2 hints by watching an ad  (although you can get 50 for the low price of $1.99). You can also unlock the gated levels by watching ads. They tend to be a little harder than the normal levels, but that’s what makes it exciting. You get as many tries as you like so long as you don’t exit back to the level select menu. Once you finish all of the available levels, there’s still some fun math puzzles left via Daily Puzzles. A new puzzle appears every day and you can do the normal or gold version. If you want to do the gold version you’ll need to pay for premium or watch an ad. It’s a really ingenious way to get people to come back on a consistent basis to play the game on top of offering a star system.

Disclaimer – I played the game pre-release and it was still a little rough around the edges. I voluntarily worked with the developer to fix some of the small issues that bothered me and he got on it right away! We here at Nardio really want indie developers to succeed so it’s great to be able to help them catch any issues before they put the game out there to the public. He managed to fix most of my small complaints. The only thing that I would mention are the gold levels. You can watch an ad to play the level and so long as you don’t go back to the main menu you can retry as many times as you like. Once you do back out of it though you’ll have to watch an ad again if you want to replay. I found this a little annoying, but you can easily avoid this by going premium or just paying the $0.99 to unlock all the levels. If you don’t want to pay you’ll have to watch the ads. There are also some pop up ads in between levels in the free version, but they’re not too annoying. I suggest plunking down the $2.49 to support this developer.

There are still a couple issues here and there with the bonus round but the developer has informed me he is working on an update to fix them. The biggest issue is with the bonus round swipe responsiveness. Basically, if you try to swipe towards the multiplier instead of a simple left/right it doesn’t register as a swipe so you often miss the numbers. Luckily, he’s already fixing this so hopefully this won’t be an issue for too long.

The other problem. If you use a Kindle Fire (like me), you won’t be able to access anything in the stats section as it only syncs with Google Play Services (that means no leader boards, achievements, etc). The struggle is real.