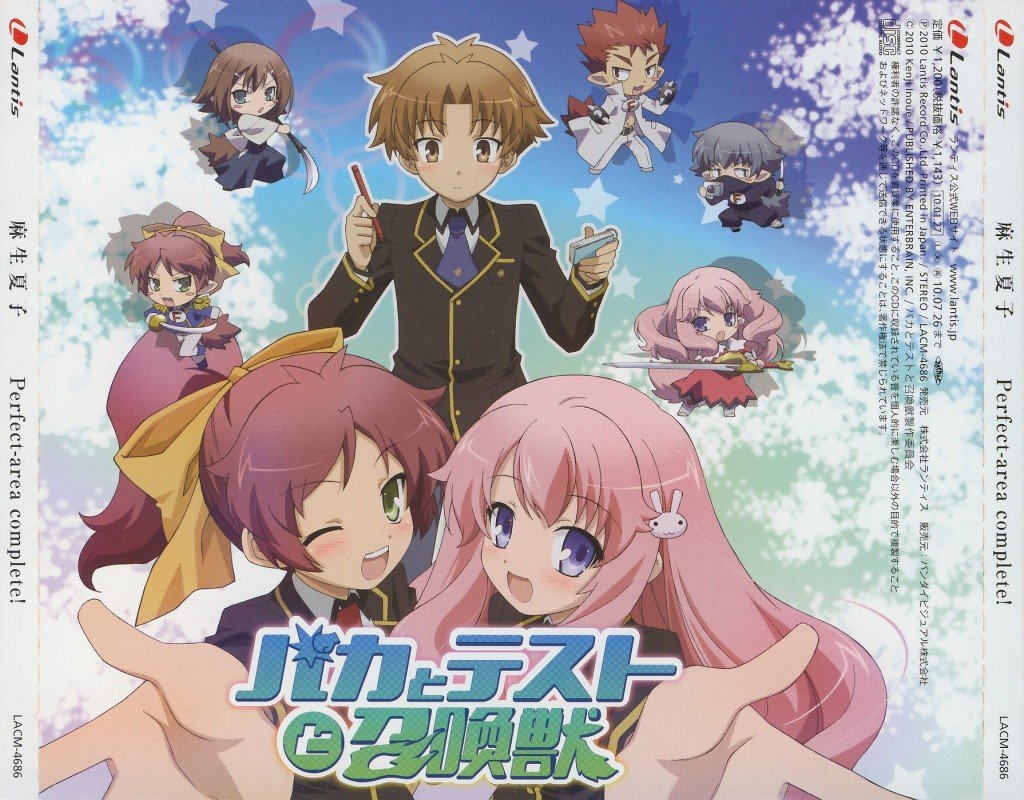 Yes. Baka and Test is hilarious!

You get the same great experience on HD or SD, but I suggest watching it in HD.

Oh boy, is Baka and Test funny. It’s been awhile since I’ve actually laughed out loud when watching an anime. All of the characters have their own look and personality so it’s easy to tell them apart. There’s the super idiot and main character Akihisa, the sweet and smart girl Mizuki and the girl-boy Hideyoshi. Together with a the rest of the raucous cast, Akihisa and Mizuki fight against other classes in order to earn better amenities for their F class. How do they fight? Well it’s not a traditional martial arts fight, instead, everyone can summon an avatar of themselves and then fight against other classes avatars. The summoned avatars are ridiculously cute and the battles range from cute/fast to overly dramatic. Baka and Test touches some serious moments, but for the most part the show stays light and funny. I would say that the series is basically one big parody of stereotypical high school rom-com anime.

Baka and Test is just good ol’ fashioned fun. You can’t help but laugh at Akihisa’s antics and stupidity. There’s also the running gags that somehow don’t get old through the 13 episodes like how everyone sees Hideyoshi as a girl even though he’s a boy. The artwork has very clean lines and emphasizes the cuteness of the characters and avatars with the use of bright colors. It might seem like a girly show, but the humor is really suited for either gender. Despite its shortness, you really start to care about the characters. While I figured that Akihisa and Mizuki would end up together, I’m still shipping Akihisa x Minami. What’s more, the series doesn’t really shy away from “taboo” topics like gay and lesbian attractions. Instead, they approach it in a funny and, well, over-the-top manner.

Baka and Test is so short! There is a second season of Baka to Test, so we’re pretty excited to see how it holds up.

Read our other TV/movie reviews.