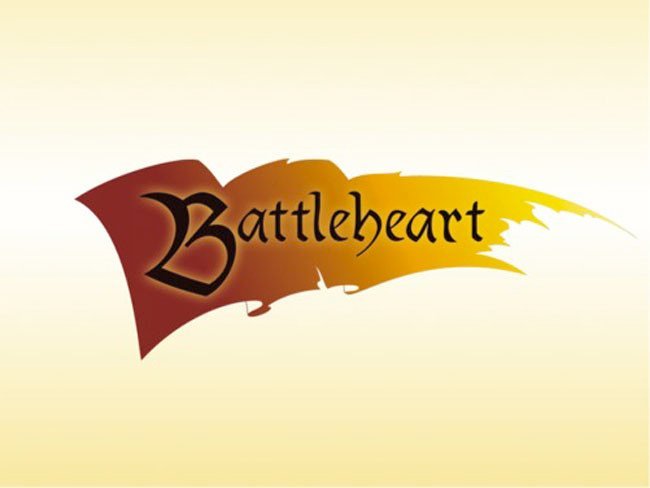 Whatever you can get your hands on!

Battleheart is easier to play on the iPad but it is totally enjoyable on the iPhone/ Touch. I actually first beat it on my Iphone 4 and had no trouble playing it. Then when I got my iPad2 it was just “more betterer”. It just felt at home on my iPad.  The larger screen real-estate makes controlling an already perfectly controlled game on the iPhone even better. My iPhone 4 version has been all but forgotten thanks to a bad system update that wiped my game saves (I almost cried). I figure if I’m going to have to do it all over again I’d rather do it on the bigger screen to capture all of that awesomeness.

Wow. Battleheart has to be one of the cutest games I have ever seen in my life.

The controls are perfect, the character animations are beautiful and the combat is spot on. At no time did I feel like this was a “cheap app”. This was one of the first Apps I played that showed me the future of mobile gaming. It can be a bit of a grind sometimes to get your characters stronger, but this is one of the most fun games I have ever played. Ever. It sells for about three bucks.  BUY IT! 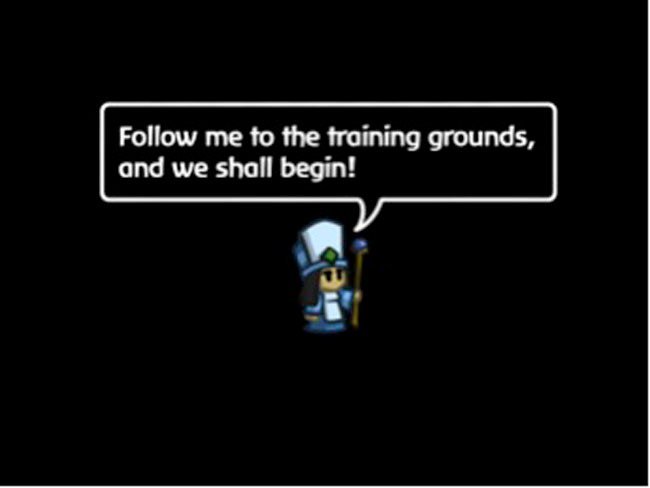 My favorite healer ever. If I could only have her follow my tank in WoW.

Great.  Like I said above, you can tell the Mika Mobile as put a lot thought and care into this.  The controls for Battleheart are perfect and the character animations blow my mind. They are all just too cute and amazingly detailed. There is no lag whatsoever on my iPad 2 or iPhone 4. As hectic as this game gets I’m really thankful for that. The music is epic and the camera is fixed so it never gets in your way.

The game is all about using your cool downs and paying attention. Classic Role Playing Games (RPG) game play boiled down and distilled into perfection. So simple it seems obvious by its intuitive interface that this is perfect for touch screen gaming. I seriously wonder why wasn’t it done sooner. 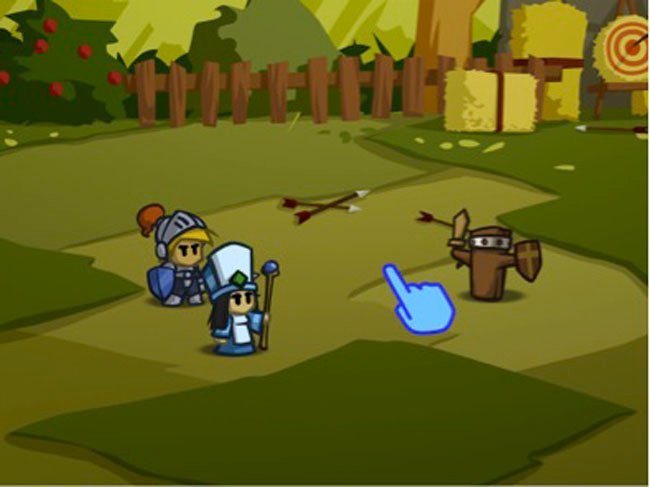 The tutorial couldn’t be better 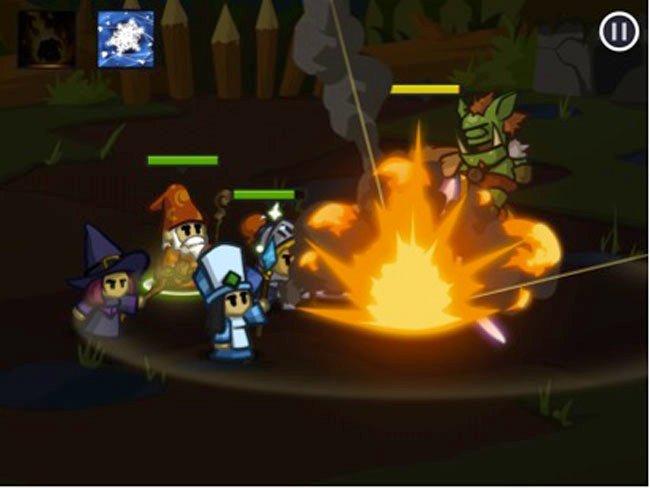 Dead simple controls, that are spot on. A surprising amount of depth is to be found here. With different skills available to play with the game just has tons of replay value. Then you have random item drops, arena combat to test yourself and the ability to upgrade your weapons and armor. I have to say it really feels like the developer thought of everything. 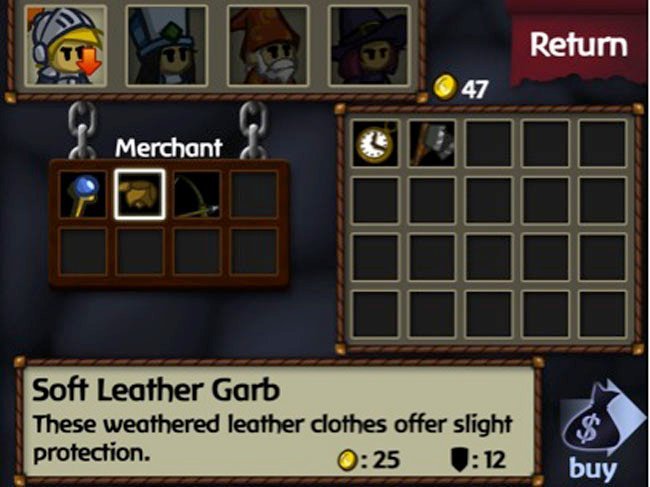 I really enjoyed Battleheart. Even buying and selling weapons couldn’t be easier. If you’re wondering if a weapon is better than what you have don’t worry. If it’s better there will be a bright blue arrow pointing upward on the character portraits who can use it. If it’s worse then there will be a downward red arrow. Again, Mika Mobile has done the impossible and made a perfect game.

Character variety is another amazing part of Battleheart. What if you don’t want to heal with a priest, but with a bard?  What about tanking with a Monk instead of the Knight? How about making some of those healers more about support?  Or turning a tank into a DPS machine? It is all possible in Battleheart.  Here is what you get:

Two Wizards, a Pirate, a Paladin, a Black Knight, a Monk, a Knight, an Archer, two different flavors of Rogues, a Bard, and a Viking. Each character has their own little back story blurb.

Then they all have choices of powers that just make them even more amazing. My personal fave is the Wizard teleport. the best part about it is it’s a passive ability. NO COOL DOWN!!!  With teleport I’ve used her as a backup tank if the tank dies. It’s actually so fun that when I was bored I wouldn’t even use a tank. I’d just make my wizard grab all the aggro and keep sending her all over the screen as the helpless bad guys just die as they try and keep up. You can play this game any way you want to if you really try.

Playing through Battleheart will take you a few days. Maybe you can go a bit faster, but I found myself getting caught up doing the arenas to get awesome gear and playing different skill builds to see what worked best. Then I’d do it again with another team of heroes.

There isn’t much of a story here, but as great as this game is there doesn’t have to be one. You’re not playing this game for some massive quest line, you’re paying because its so darned fun. Another great part of the game are the boss battles. Each boss is challenging and requires you to really pay attention every member of your party. 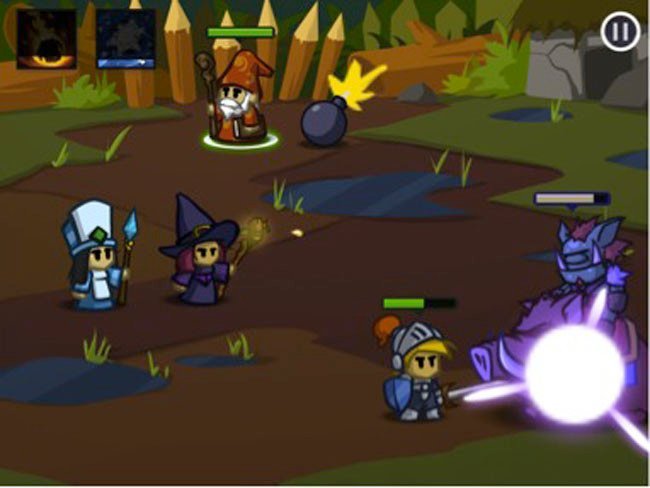 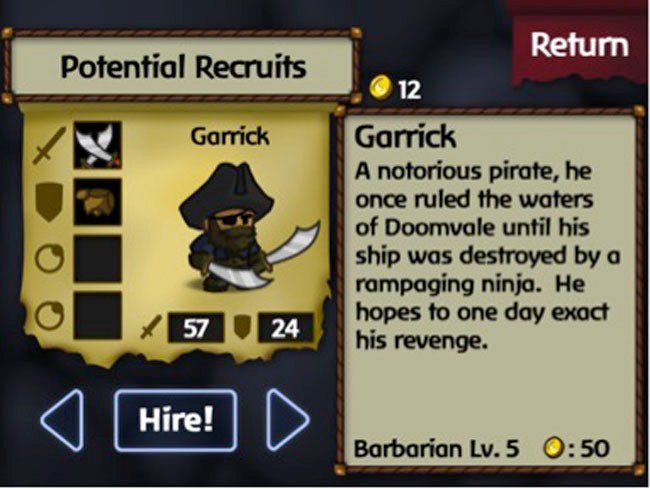 Because everything is better with Pirates!!!

Nothing. Battleheart is a perfect game. I just wish the developer will hurry up and take my money with a Battleheart sequel already. Or let me buy additional worlds to conquer with me leveled party.

You owe it to yourself to buy this game if you are even just a little bit into gaming. If you are an old school RPG fan or a dungeon crawler fanatic looking for the next addiction to eat your time then this is it. I seriously cannot lavish enough praise on this game. What really has me excited is knowing Mika Mobile is hard at work on a sequel right now and just imagining all of the possibilities has me wishing I could buy my way into some sort of beta.

Buy this game for yourself, then gift it to your friends.

I cannot wait for Battleheart 2!

The third stage in Battleheart’s Haggerdom is a gold famers dream! After you level a few times just come back to this stage and follow the instructions below for easy gold and XP.

As you level up you don’t really even need to watch the action. Just move them all in the middle and go do the dishes. Later on your characters will be able to do this without breaking a sweat. 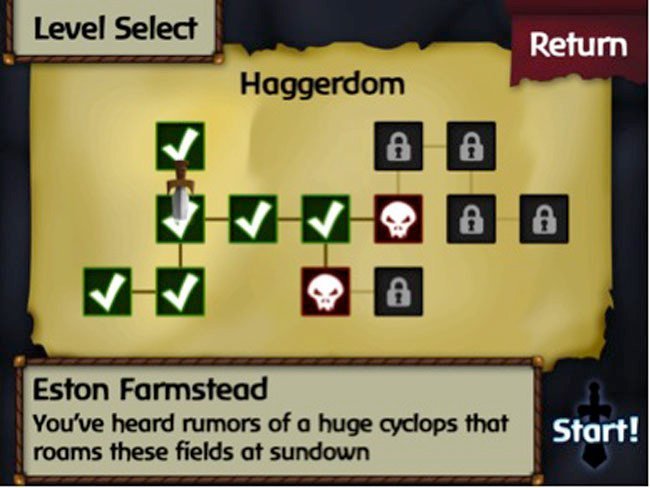 Best place to farm in Battleheart. 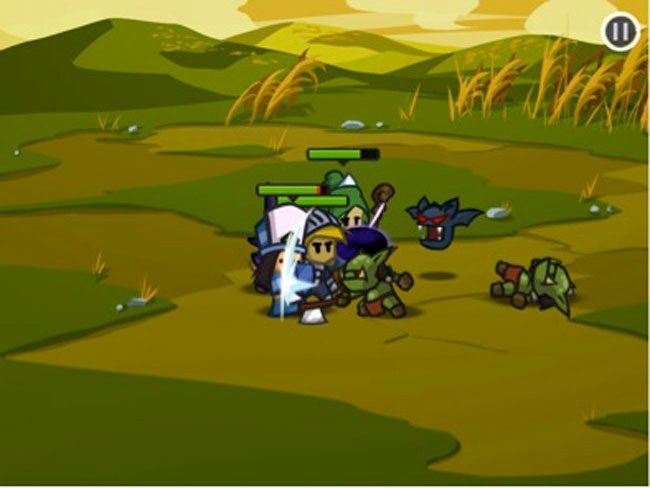 THIS IS MY GOLD FARM! 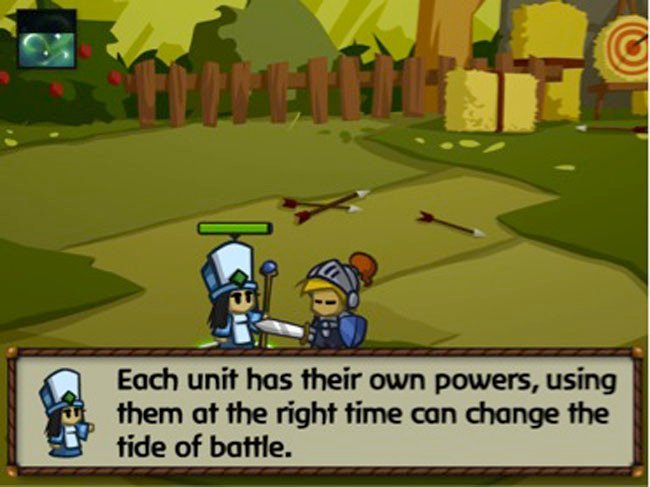