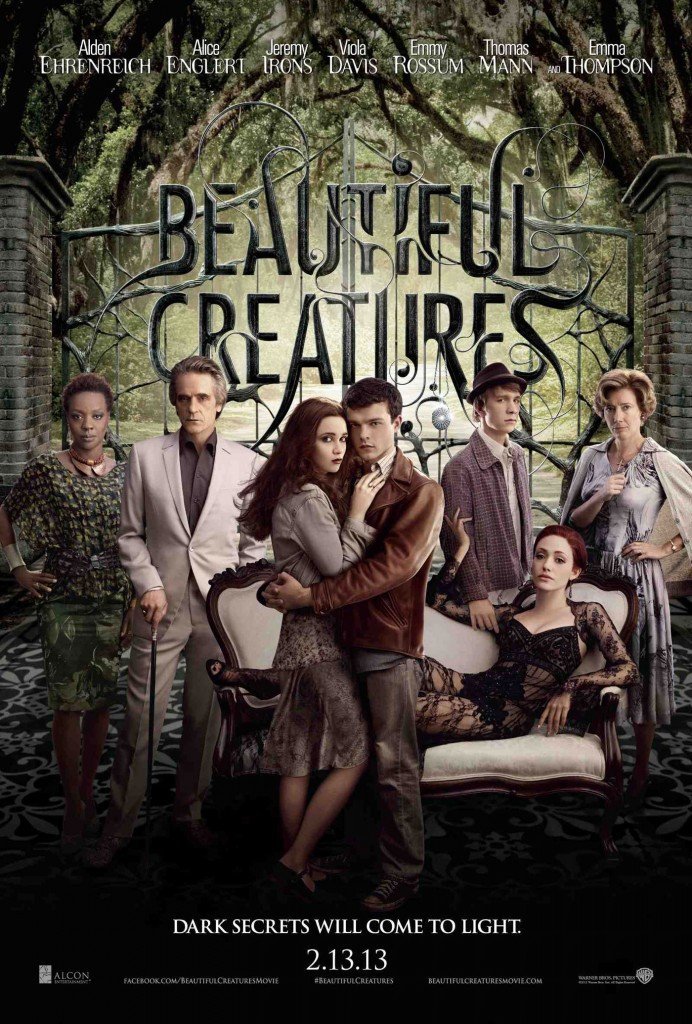 No. Beautiful Creatures is trying to ride the coattails of Twilight unsuccessfully.

If you must watch Beautiful Creatures, watch it in Blu-Ray.

Beautiful Creatures is like Twilight but with casters. It’s angsty and has the pitfalls of movies geared towards teenagers. The storyline is so-so, the acting is okay but at the end of the day I found myself bored.

Emma Thompson, Jeremy Irons and Emmy Rossum save the movie from falling too far into the teenage melodrama. I did enjoy the setting of the movie and the support characters were quite good. You really get that small town, Christian vibe. Everyone knows what’s going on in their town and people they don’t understand are automatically branded as outcasts. It’s a great setting for a story about casters AKA witches. The cinematography is also quite beautiful, giving the whole movie an eerie and fantastical feel. Aside from this, the chemistry between Lena and Ethan is done quite well, it’s almost believable.

Seriously, I could not believe that Ethan was a high school student. He looks too old for the part. The story itself is bland and doesn’t go too in-depth into the world of casters. For example, why do casters have to be either light or dark? Why is it that only female casters do not have a choice as to what side they choose? How did they get their powers, etc? In addition, it seems like Ethan has powers himself, which is also never explained. There are so many loose threads left untied that you can’t help but wonder if they’re setting themselves up for a sequel. The film is also unnecessarily long and could have benefited from some editing. There are entire plot lines that are introduced then ignored for half an hour only to be re-introduced in a strange way later. The logic presented with regards to memory erasing and time-shifting is incredibly dubious, and that’s after you factor in the entire “everyone has supernatural ability!” angle. Aside from the main characters, you also don’t really feel any emotional investment in the other side characters, even Macon who plays a pretty big role. There’s no sense of tension or urgency, which kind of kills the entire movie buildup.

Beautiful Creatures isn’t horrible, but it’s not a great movie either. I found myself barely invested in the characters and bored. It’s unfortunate because there are some saving graces like the beautiful scenery and believable setting.