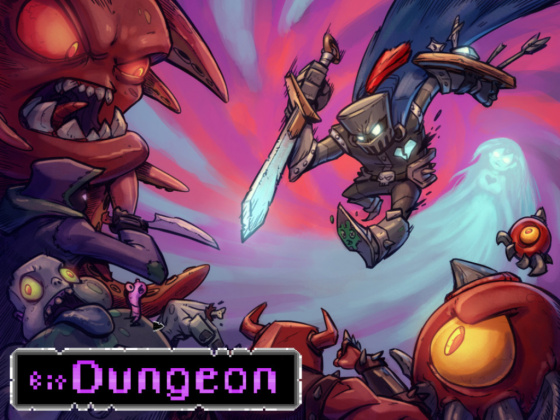 bit Dungeon is available on the iPad, iPod touch & iPhone iOS 4.0 and later. I honestly can’t imagine trying to play this game on anything other than an iPad. 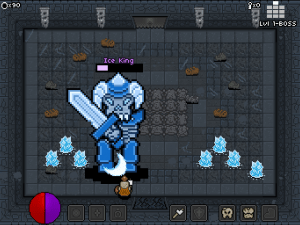 bit Dungeon  is like Torchlight or Diablo without the plot, on hardcore mode and in 8 bit. It’s simple almost to a fault. But if you’re the type of player who loves finding themselves in a series of rooms with random baddies and an insane variety of random loot drops, this game is for you.

Remember, bit Dungeon is a PERMANENT DEATH GAME! You die and you might have one continue if you get up to it. If you don’t have that save you are out of luck.   That 98 damage sword with all those cool stats you were loving? Gone when you died to a zombie mini boss.  All you can do is pray to the gods of gaming that you might be lucky enough to see it again. As harsh as that sounds it makes the game ten times more epic than it would normally be without it.  You don’t want to die in this game.  You want to play smart. You have to if you want to get stronger.

Sadly as dark as the setting is there isn’t a story.  I would totally love one!  But I quickly got over it since it’s just so darned fun to play. 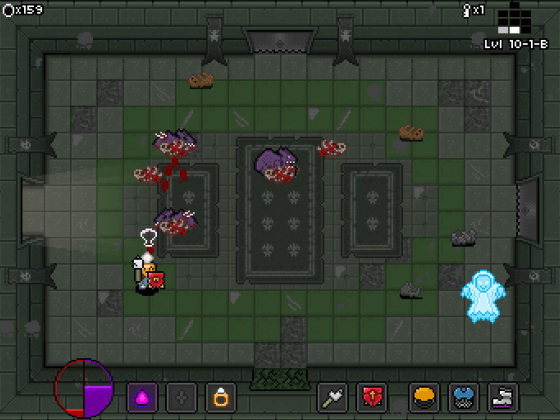 The controls for bit Dungeon are spot on.  Tap and kill.  Tap lots and kill faster! The pacing of the game is great, as long as the drops are in your favor. The art is really simple and fun.  I wish there were at least two more different levels and two more bosses.  You find out very fast that the levels repeat.  At first it seems a bit disappointing but by then you will find yourself too invested in surviving, getting better gear and figuring out how to kill the bosses and mini bosses as they get progressively harder. 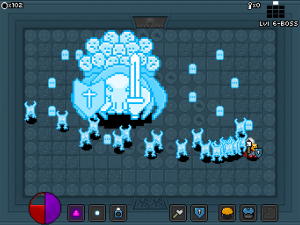 The interface works great for the most part.  There are tons weapon and armor sets to collect and you will never play the same game twice. Even the in-game store is randomized with sometimes great gear at low prices, and sometimes meh gear at insane prices.  This leads you to make tough choices with in-game currency, which adds to the tension.  Do you save for a better store and hope for better prices and gear or do you buy that upgrade?  Will you even live long enough to spend it? Enemies have patterns you need to pay attention to if you want to survive. The weapons and armors have tradeoffs at times, and the spirit boss is a heck of a fight.  What looks like a very simple almost shallow game at first reveals a lot of depth the longer you play.

The plot that’s listed on bit Dungeon’s app page should be shown in game.  Otherwise it pretty much makes no sense and you can wind up unknowingly walking into your own death when the option presents itself. There really should be some more bosses and baddies added into the game at some point. The disappearing ranged monster gets to be straight up invisible in later levels. 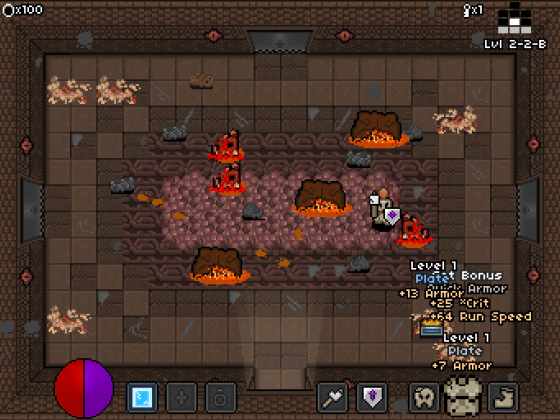 Sometimes treasure chests are in an area that makes checking it’s contents confusing. It would be nice if the opened treasure chest information was centered on the screen so that you can compare it to what you have equipped easier.

1. Some sort of a comic intro and ending actually explaining the plot.

2. Explaining the white dot you find that transports you to the ghost boss level.

3. A menu section that explains the individual stats found in game.

4. A bestiary in game explaining the baddies and bosses you meet in game.

5. A block button on the top left of the screen

7. Endless masochism mode with infinite continues!  I wanna see what level 999 looks like and the gear I get along the way! 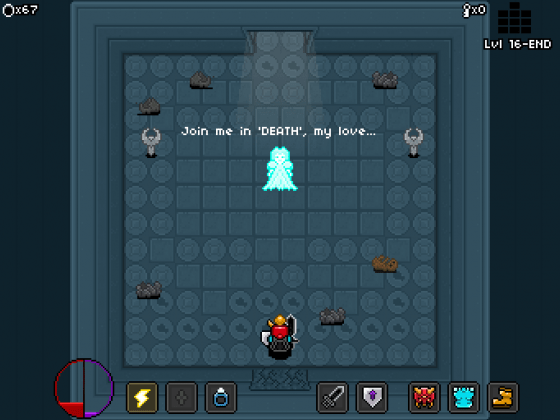 So after you kill the ghost boss you then see your wife who doesn’t give you a power up this time, but instead ends your game. Avoid her if you want to keep playing longer!

bit Dungeon is fun and seriously addictive.  Even the small issues I have with bit Dungeon I can’t stop playing it.  If you’re a fan of the endless gear grind that is Diablo 3, or need a Torchlight fix when you are on the go this is it.  What really has me excited is bit Dungeon 2 is already in the works.  With such a strong foundation to work off of, I think whenever Runic Games and Blizzard get around to porting to the iOS they are going to have serious competition on their hands from Kinto Games.