Boys on the Run Review 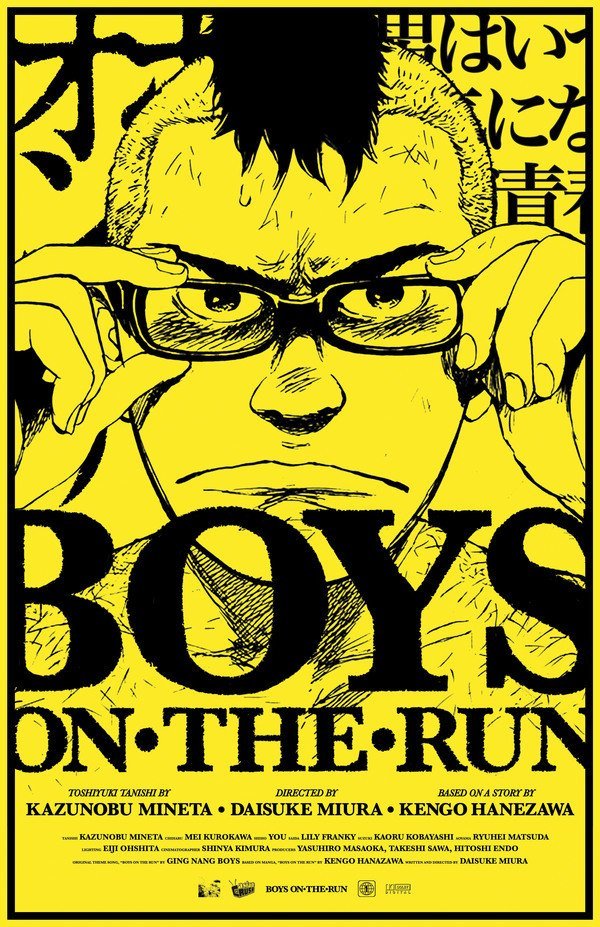 Yes, if you can get past the 15 minutes of awkward interlude, Boys on the Run is a good movie.

What Should I Watch it On

You don’t really need HD quality to enjoy this movie, unless you really want a good look when Tanishi’s snot comes out of his nose.

Make it through the first 15 minutes of the movie and you’ll be pleasantly surprised. The movie is super awkward, just like the main character Tanishi, but somehow it seems realistic. Tanishi isn’t completely incapable of speaking his mind, he just can’t do it all the time and when he does, it’s at a really bad time. You can’t help but shift in your seat at some of his antics, and yet you can’t look away. It’s a well-acted movie and it’s a pretty good, awkward slice-of-life.

Generally, I’m not a big fan of overly awkward moments in movies, you know the cringe-inducing kind, but Boys on the Run somehow executed it perfectly. The main character Tanishi may not have great social skills, but it’s not like he can’t speak his mind. He is even able to grow a little bit at the end of the movie…just a little though. The acting was pretty good and I have to say I like the fact that the main character was ugly. So often we see some pretty boys playing the part of a plain guy, but this guy was actually plain. The rest of the cast also wasn’t dolled up so it made the movie much more realistic. And you couldn’t really even side with one character or another because, well, they all made mistakes. Some of them are more forthright about it, but at the end of the day they’re only human. There’s no real bad guy here necessarily.

The ending was a bit abrupt, but I learned that the movie is based off of a manga of the same name. The movie covers only the first couple volumes it seems and explores more of Toshi’s unfortunate life. Other than the ending, I can’t really say there was much I disliked about Boys on the Run.

Boys On the Run is kind of a realistic view of a shy man’s life in Japan and how he eventually starts taking steps to improve himself. It’s super awkward, but it was good enough that I began reading the manga.

Read our other movie reviews!