Getting Published on Nintendo – IndieCade East 2015 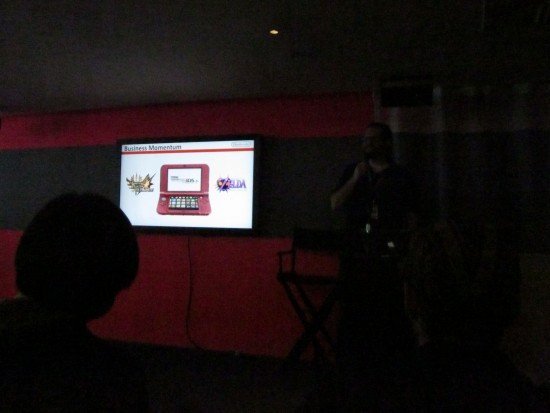 I have always been a bit of a Nintendo fangirl even when they make poor decisions. It’s probably because, like so many in my generation, it was the first gaming console I had owned. I had always dreamed about seeing a game I had created on a Nintendo system. Fast forward to today and that dream isn’t so far from reality. At IndieCade East, Nintendo gave a presentation on how indie developers can submit their games to the Nintendo eshop for both the Wii and 3DS.

If you’ve already looked into the information, there isn’t too much new though they did touch on a few points I thought would be interesting to highlight.

Overall, the presentation was meant to get developers excited about submitting games to the Nintendo virtual store. And let me tell you, I was excited about the potential prospect. While I’m sure the representative wanted to put Nintendo in the best light possible, a lot of what they said was very attractive. The biggest sell point for me was their emphasis on helping indie developers get in front of an audience, as their presence at IndieCade East proved. In order to take advantage of these and other opportunities, the Nintendo spokesperson urged independent developers to forge a strong relationship with himself (Damon Baker) and other marketing managers. While it might not guarantee exposure, building these connections will keep you on their radar when you release patches and future games. In essence, the advice is similar to what you hear in every profession – build contacts and solid relationships to form a strong foundation. 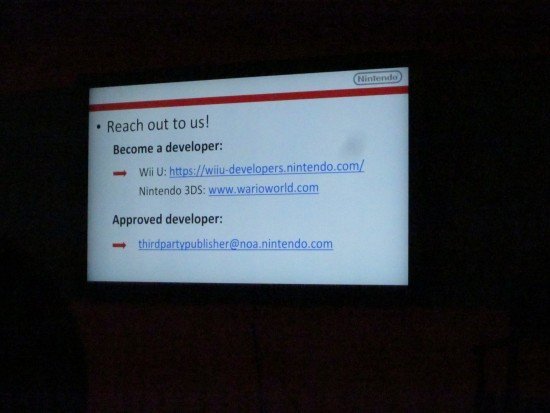 If you’re interested in developing for Nintendo check out the Wii U or 3DS development page for more information. According to the