Is Ixion Saga DT Worth Your Time?

What Should I Watch Ixion Saga DT on?

The only place to legally stream it is on Crunchyroll.

If you played the RPG, you’ll likely be disappointed. While it is “based” on the game, it couldn’t be more different. Ixion Saga DT is just a whole bunch of funny and is now one of my favorite gag animes. 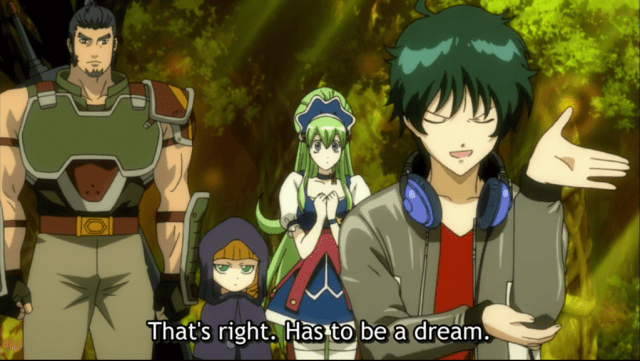 Where do I start? There’s no mistake that from the very first 30 seconds you know it is a gag anime. You follow Kon as he is teleported to a game after accepting a request from a mysterious woman in a fantasy MMORPG. He’s hoping he can lose his viriginity and no longer be a DT (short for Doutei a slang for male virgin in Japanese). Funnily enough, not only does he get stuck with the nickname of DT (a forever reminder of his male virginity) he also joins forces with Princess Ecarlate and her traveling band of a really smart tough guy who likes cats and an incredibly beautiful transsexual. Oh, and he also ends up as an enemy of Ericpyle Dukakis and the rest of his mercenary group after defeating him in battle (and crushing Dukakis’ balls in the process). And that’s just in the first episode. If you like a continuous stream of low-brow humor mixed with some bare semblance of a plot, you’ll love Ixion Saga DT. There are several running plots but the main one is Kon’s quest to go back home, which he thinks he can do by finding Olvidia. 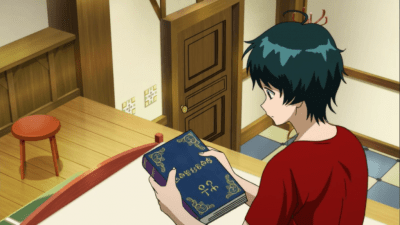 There are other subplots like getting Ecarlate safely home in order for her to get married and Erecpyle and his group attempting to thwart Kon and his group’s plans. The show also does a great job deconstructing stereotypical anime cliches. Best of all though, things always turn out hilarious in the end and every episode had me laughing out loud.

A lot of gag anime unfortunately tend to have one-dimensional characters. While I wouldn’t consider the characters of Ixion Saga DT three-dimensional, they do have different sides to them. Initially Ericpyle comes off as the standard arrogant and uptight soldier, but eventually you see how he treats his comrades and how he deals with his ED. He becomes a much more sympathetic character even though you’re cheering Kon and the crew on to reach their destination. Then of course there’s Kon himself. Again, while a nerdy gamer, he still has his moments of bravery, loyalty and small sparks of intelligence throughout. You get to see little nuggets of the different sides of most of the characters. While the show generally doesn’t dive too deep, you can still relate to all of them on some level.

Honestly, it’s a great show. While the jokes can sometimes go on a bit too long sometimes, overall it was pretty fast-paced.