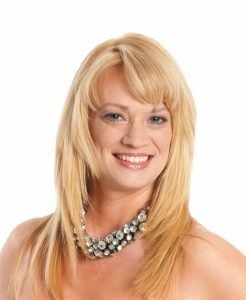 We here at Nardio have been so lucky with interviews from talented developers and authors. We are happy to now include Mary Carter to that roster, an author of several world renowned books like The Pub Across the Pond and My Sister’s Voice. Her most recent novel is Three Months in Florence, which is slated for release August 2013.

However, for two lucky contestants, you won’t have to wait that long to get your hands on a copy of Three Months in Florence. We here at Nardio are pleased to announce our book giveaway. Simply comment on this interview and we will randomly choose TWO winners. This offer is valid only for residents of the US and Canada. So if you’re a fan of sweeping drama, handsome men and Italy, be sure to enter in your comment below!

When did you decide you wanted to become a writer?

I don’t know if anyone decides to be a writer. I’ve just always been a writer. I decided to write my first novel in 2004 but I’d already written short stories, essays, plays, poems, and a screenplay. The decision to write a novel was actually a new years goal. Turned out to be a good one.

What was your first story about?

Where do you draw your inspiration?

I wish I was more inspired. Most working writers know that this is a myth. It’s mostly perspiration. But I do play “What if” with ideas, and I do try to imagine situations I would like to spend a year writing about. Anything can spark the imagination: A place, a character, or a situation. I think one of the best lines of advice I’ve ever heard is: Write the kind of book you’d want to pick up and read.

What is your favorite thing about writing? 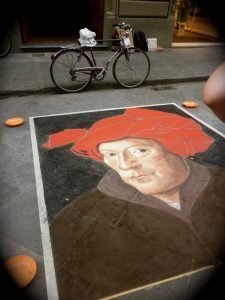 Rewriting. I only exhale when I have a messy, first draft. Then I know no matter what I am going to pull it off. First drafts are my Kryptonite.

How did you feel after your first rejection letter?

I was rejected way more as an actress than I was as a writer, so by the time I started submitting my work I had already developed a pretty thick skin. I queried fifteen agents at the same time, so the first few rejections didn’t bother me. It did bother me, however, when an agent called and said she liked the first five chapters and wanted to read the whole manuscript—then rejected it. That stung. A lot. I felt like I was so close—yet not close enough. Luckily, another agent liked it enough to represent me.

Three Months in Florence is your upcoming novel, what sparked the idea for this novel?

I got the chance to visit Italy a few years ago, but unfortunately I only had 7 days in Italy. I knew immediately I’d love to set a book in Florence. I actually wanted to live in Florence for a year, but that didn’t work out. And I liked the idea of her [Lena] going there to confront an Italian mistress, and maybe even begin a new chapter of her life in such an amazing city.

Do you find yourself sympathizing with one character over another in the your novels?

You spend the most time and work on the protagonist. But you end up getting attached to most of your characters.

You painted Lena in a rather harsh light for a lot of the book, to the point where you can’t help but seriously wonder about her sanity. Why did you go this route rather than the more sympathetic route? 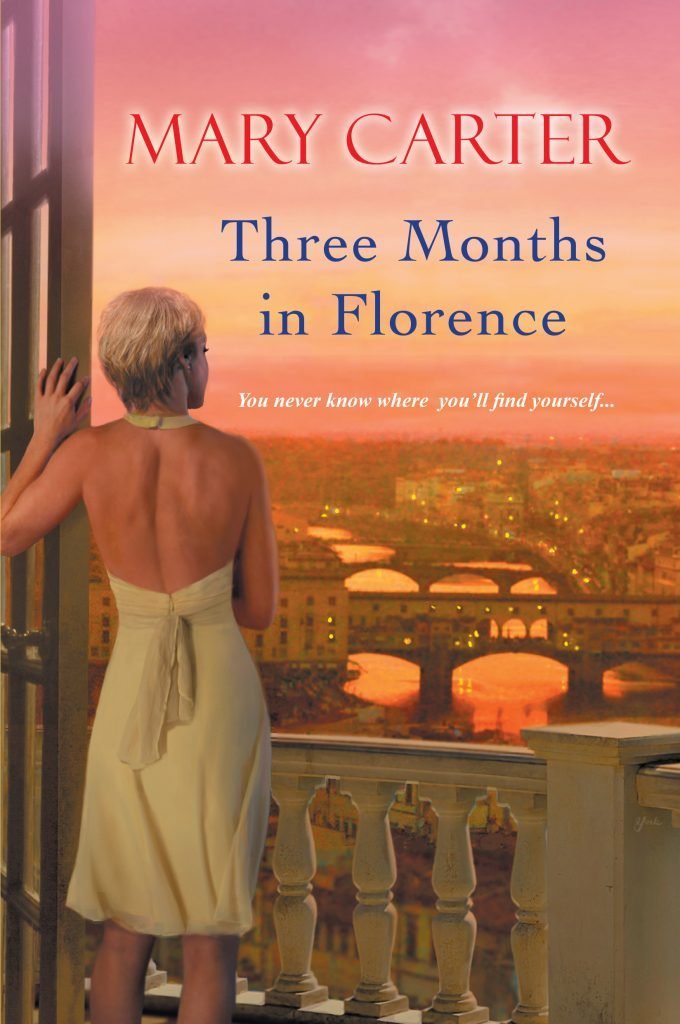 I have to admit this has sparked a lot of internal and external debate for me. I can’t figure out if I didn’t do my job, or if I did my job too well. I don’t see Lena as coming across harsh at all. She’s simply out of her depths and suddenly thrust into the most blindingly painful experience of her entire life. There’s no playbook on how to deal with something that rocks the life you thought you were living to the core. All she wants is for this to NOT be happening, and the more she tries, the more she flails, and things unravel from there. And I wonder if there is an expectation for female characters in women’s fiction to behave in a certain way, or if I’m just too close to the material to understand why there is a vast difference in perception. I’ve had trouble with past novels and readers who for one reason or another don’t like my main character. As a writer I really try to step back and understand why. I’m not always successful. Stories are about people in crisis and I admit, my characters can react in ways that may put some readers off. I like impulsive characters. Often their reactions are organic—not something I’ve contrived. If it feels true to who they are, I go with it. Other readers love it. All I can do is be true to the character. They’re flawed. They’re struggling. Lena is a good person, and if that didn’t come across, I needed a few more “Save the cat” scenes. This is the “trick” in storytelling where you start off showing your character doing something incredibly sweet and nice so that when they start freaking out, you still like them. That’s why I decided to open with Lena in the kitchen—the safety of home—cooking, and planning a surprise party, and worrying about her children, and really desperate to have her husband home after such a long absence. I’d probably be really annoying if we ever met in person because I’d open a bottle of wine, I’d wait until you’d had a few and then I’d say—Okay, exactly what did she do that was outrageous? But as an artist, my job isn’t to defend my work, it’s just to do my best at my current skill level, be true to the character, put it out there, and feel privileged that anyone reads it at all. I can’t control how others are going to think and feel anymore than I can always control what comes out on the page. In preparation for this novel, I read so many true stories by women who experienced infidelity in their marriage—and we’re talking extremes from getting plastic surgery to running over the husband with her car. (And he didn’t survive)…That kind of betrayal can really devastate a person. We do lash out and become almost children again when we’re hurt to that degree. I really tried to strike a balance. I just didn’t find her harsh at all. She was so lost and felt so alone. That kind of pain can feel worse than death. You think you’re never going to survive. But women do, and Lena did. And in the end she didn’t run anyone over with her car. Or scooter. She didn’t poison anyone’s pasta. No male in the novel received any blows to his nether regions. So I can live with everything else. But I also tried not to vilify Alex or Alexandria. I wanted them to be human too—not evil stereotypes. So maybe THEY were too likable. Who knows. This is why this discussion goes better with wine. I’m sure there are things she would have done differently had she been better prepared. That’s what makes life so bittersweet. I really wanted readers to like her though, so I feel as if I’ve let Lena down in a way.

What was the reason for the inclusion of Marco? Do you think the story would not have been powerful without him?

I loved Marco. Without him, I do think Lena would have taken the turn completely off the deep end. He was comfort, he was a distraction, he was a Band-aid to the immense pain. I wouldn’t have wanted her completely alone. And he was hot and an excellent painter. I would want a Marco if I were ever in that situation.

You seem to mix up your books between light-hearted to more drama-laden romance. Which do you prefer writing? Are there other genres that you have dabbled in? 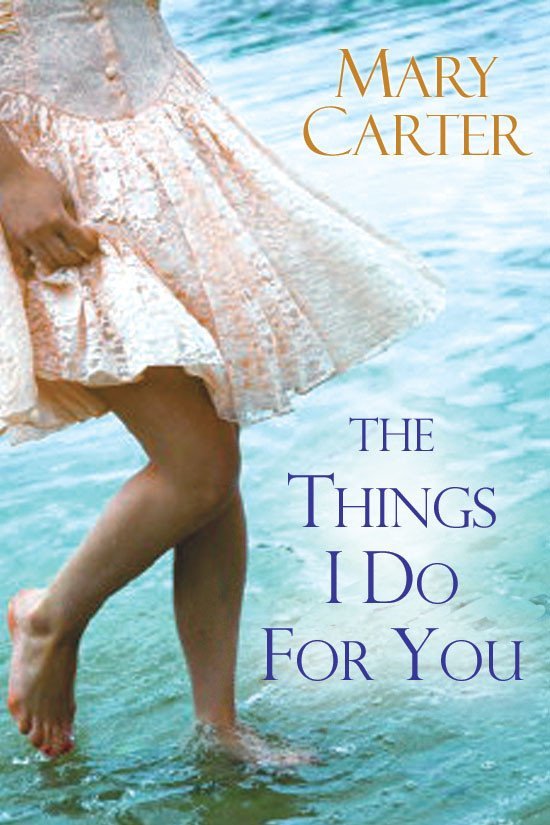 Again, maybe this is where I get in trouble. I don’t even like being called a romance writer. It makes me cringe. I don’t see my books that way. I don’t like being labeled Women’s Fiction either. I strive to write a good story that either sex might want to read. I hope lightening isn’t coming soon. I just write about what story or character grabs my attention at the time and I do the best to balance reality with what starts happening on the page and tell the best story I am capable of telling within a year’s framework. It doesn’t mean I don’t want romance, or entertainment, I’m just not thinking in those terms per se. The only exceptions are the novellas I am contracted to write. Those are meant to be romances and I do lighten up with them and my characters are usually a little more “normal”. My next novel is going to border on psychological suspense. I’m excited to branch out a little.

I read that you visited Florence for a week, which is what inspired your most recent novel. Are your other novels rooted in some memory/truth you experienced?

I was in Italy 7 days. But I spent a lot of time watching videos and reading about Italy as well. Every novel is always a mix of true life experiences with fiction. But it’s mostly fiction. It’s the same technique actors employ. You play “What if”. A part of you is in every character and situation. That is what makes each artist’s work original. You can’t completely separate yourself from your characters, but they truly have a life of their own as well.

When do you feel like your books/short stories are complete?

NEVER. But there does come a point when I know I’ve given it all I have and if I mess with it anymore its going to fall apart. That’s when you stop.

Do you have any new projects that you are working on?

Yes. I just finished both a Christmas 2013 novella and a summer 2014 novella, and I’m working on the next novel—working title (might change) MEET ME IN BARCELONA—a little psychological suspense, and also I have a Christmas novella for 2014 due in February.

Do you have any advice for writers-to-be?

Write. Read. Read books on writing. Take a class. Don’t give up. Remember what Hemingway said about first drafts and learn to fall in love with rewriting.

A huge thanks again to Mary Carter for taking the time to answer these questions! Don’t forget to comment below for a chance to win an advance copy of her new book Three Months in Florence!

Check out our other interesting interviews.